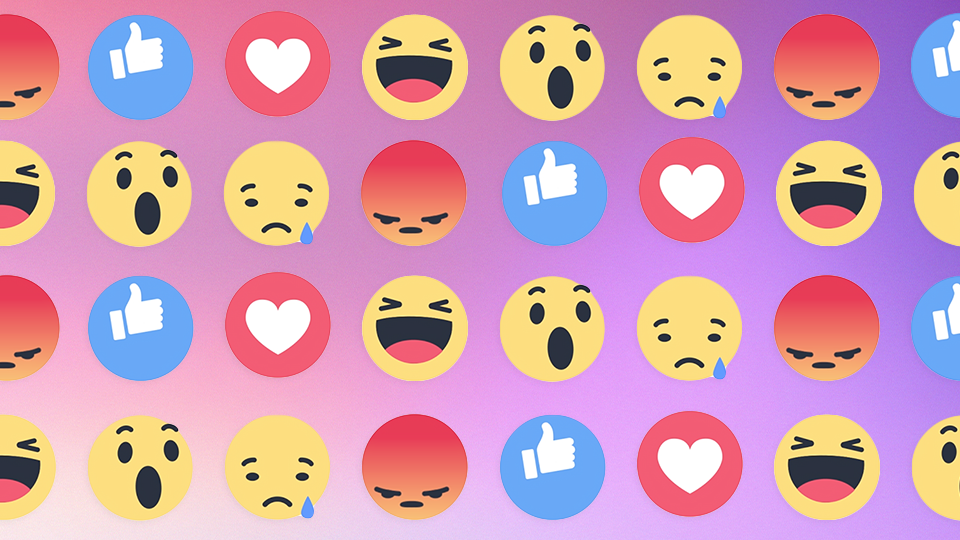 When I logged onto Facebook this morning, my timeline seemed to have a little more activity than it usually does on a Wednesday. Nope, it wasn’t due to another tweet from Kanye breaking the Internet, but rather buzz that the social network finally rolled out the six new “reaction” emojis it promised last September that can be used in addition to the traditional “Like” button.

The six different symbols include a new spin on the classic blue thumbs-up emoji we all know and love, a heart for “love,” a laughing face for “haha,” a surprised face for “wow,  a crying face for “sad,” and a mad face for “angry.” To use the reactions, simply hover (not click) your mouse over the “like” button and you’ll see the various graphics pop up.

The new tool makes sense in today’s emoji-obsessed universe, but considering Facebook has become a space where people openly share every aspect of their lives, it’s hard to imagine a crying cartoon face would ever be an appropriate reaction to, say, reading a death-related status update. Still, the company sticks by the icons it chose. “We studied which comments and reactions are most commonly and universally expressed across Facebook, then worked to design an experience around them that was elegant and fun,” wrote Chris Cox, Facebook’s chief product officer, in an announcement in September.

Plus, according to Facebook, the company tested the reactions globally for more than a year to see which emojis resonated the best with users worldwide.