Last month, pretty much every news outlet known to man hysterically proclaimed that Facebook would finally debut a Dislike button, despite the fact that the company’s CEO, Mark Zuckerberg, didn’t exactly say that. Instead, he discussed how Facebook has been looking for ways to introduce empathetic alternatives to the Like button, which he acknowledged isn’t always appropriate for the types of news people share on the social platform.

Now we’re learning that Facebook is testing six different reaction emojis: a heart, a laughing face, a sad face, a “yay” face, a shocked face, and an angry face.

It makes sense in today’s emoji-obsessed universe, but considering that Facebook has become a space where people openly share every aspect of their lives, it’s hard to imagine a crying cartoon face would ever be an appropriate reaction to a reading a death-related status update.

Still, the company sticks by the six icons it chose. “We studied which comments and reactions are most commonly and universally expressed across Facebook, then worked to design an experience around them that was elegant and fun,” wrote Chris Cox, Facebook’s chief product officer, in an announcement.

Whether we’re capable of functioning without emojis anymore is definitely a question (in our minds at least), but Facebook’s faces are being tested only in Ireland and Spain for now. 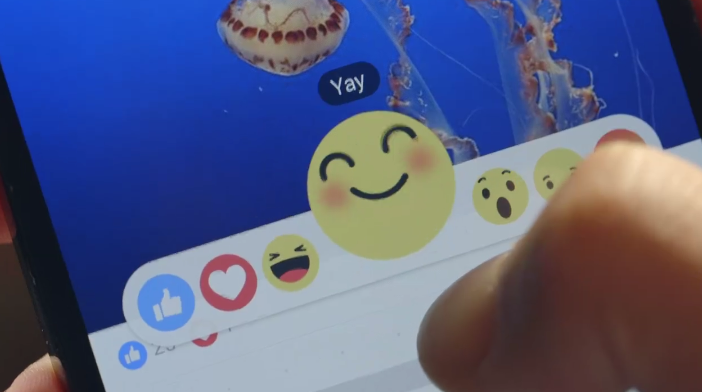