Warner Bros. is having a big week. Not only did they announce an outrageously ambitious (and exciting!) slate of 10 DC Comic movies that they’ll bring to the big screen over the next few years, they’ve also succeeded in helping to break down yet another barrier for the LGBT community—one that says openly gay actors can’t play traditionally masculine roles, like for instance, superheroes. 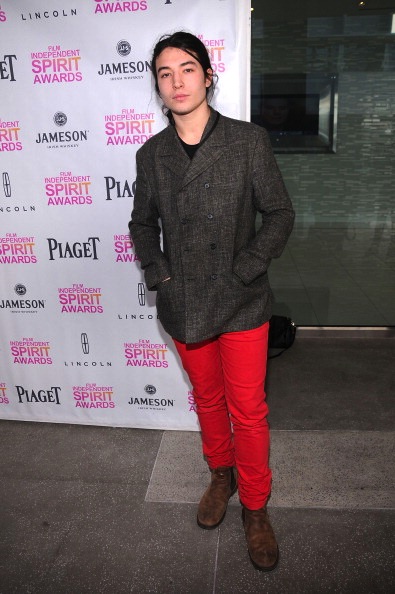 According to Warner Bros. CEO Kevin Tsujihara, openly LGBT actor Ezra Miller has been cast as The Flash, a character who’s rumored to show up in at least three DC Comic films coming down the pike: “Batman vs. Superman: Dawn of Justice,” “Justice League: Part 1” and of course “The Flash” standalone film, which will hit theaters in 2018.

MORE: 35 Celebrities Who Identify as Bisexual

Best known for his decidedly more “outsider” roles in “We Need To Talk About Kevin” and “The Perks of Being A Wallflower,” Miller, 22, doesn’t identify as gay per se, but leaves his sexuality open-ended. In an interview with Out magazine in 2012, he explained:

“I’m queer … I have a lot of really wonderful friends who are of very different sexes and genders. I am very much in love with no one in particular. I’ve been trying to figure out relationships, you know? I don’t know if it’s responsible for kids of my age to be so aggressively pursuing monogamous binds, because I don’t think we’re ready for them. The romanticism within our culture dictates that that’s what you’re supposed to be looking for. Then [when] we find what we think is love — even if it is love — we do not yet have the tools. I do feel that it’s possible to be at this age unintentionally hurtful, just by being irresponsible — which is fine. I’m super down with being irresponsible. I’m just trying to make sure my lack of responsibility no longer hurts people. That’s where I’m at in the boyfriend/girlfriend/zefriend type of question.”

Born and bred in New Jersey, Miller’s early life played similarly to the role of Charlie in “Perks,” the protagonist whose bone-crushing insecurities are only relieved once he’s befriended by a group of older teens who break him out of his shell. He eventually left school at 16 to pursue acting full time, and hasn’t slowed down since.

“I just want kids in all situations to hold on,” he told Out. “A lot of [adolescence] left me wanting to end my own life, just give up. It feels like the whole world — because it is. It’s your whole world. But, man — life is a really, really cool ride. It’s really amazing the type of sh-t you can get up to if you endure. Like, you can do anything you want if you can survive.”

With a role model like this, who could possibly insist this casting is a bad idea?