The dates and cast for a new installment—the 11th to be precise—of American Horror Story have been announced. Given all the buzz around him in Netflix’s Monster: The Jeffrey Dahmer Story, fans of the horror anthology are wondering if Evan Peters is in AHS season 11 as well as which other cast members are returning for the show.

The full cast and release date for the upcoming show was announced on September 29, 2022, with the new season premiering on Hulu and FX on October 19, 2022. FX teased that this latest iteration of American Horror Story will be stylized as AHS: NYC. “New Season. New City. New Fears,” the show tweeted with an image of a person in fishnet stockings and spiked arms. “Succumb to your primal instincts,” read another tweet that was accompanied by a BDSM-inspired character with studded metal horns.

Is Evan Peters in AHS season 11? 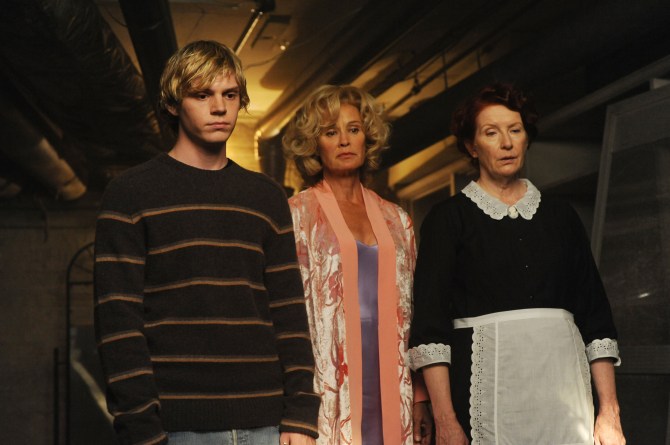 Everyone wants to know if Evan Peters is in AHS season 11. Unfortunately, Peters won’t be returning for this installment. He’s considered a veteran of the show, appearing in almost every season since its inception in 2011 in an incredibly intense role as Tate Langdon. In an interview with GQ in 2018, Peters said he would take a step back from the Ryan Murphy anthology series. “I’m goofy, I’m silly, I like to have fun. I don’t like to yell and scream. I actually hate it. I think it’s disgusting and really awful, and it’s been a challenge for me. Horror Story sort of demanded that of me,” he said, saying that playing such sinister characters has drained him emotionally. “It’s just exhausting. It’s really mentally draining, and you don’t want to go to those places ever in your life. And so you have to go there for the scenes, and it ends up integrating it somehow into your life. You’re in traffic and you find yourself screaming and you’re like, ‘What the hell? This isn’t who I am’. I fight really hard to combat that and make sure that I’m watching comedies and hanging out with my [then] fiancée [co-star Emma Roberts] and chilling with friends and watching movies.” While Horror Story is fiction, Peters has taken on a real-life sinister character in Netflix’s Monster: The Jeffrey Dahmer Story, where he plays the serial killer Jeffrey Dahmer.

RELATED: Can’t get enough of American Horror Story? Here’s how to stream it for free.

The premiere of American Horror Story season 11 includes the first two episodes of the 10-episode season, followed by two episodes released each Wednesday. Deadline reported that several franchise favorites (sans Peters) returned for the 11th season, including Zachary Quinto, Billie Lourd, Isaac Powell and Patti LuPone. Sandra Bernhard also joins Charlie Carver and Joe Mantello, who have all starred in various Ryan Murphy projects. Leslie Grossman and Denis O’Hare have also been added, as well as newcomer Russell Tovey. “Anything Ryan Murphy wants me to do I will always do no matter what it is. He is my hero,” Lourd told DigitalSpy ahead of the full cast announcement. “He’s given me some of the most incredible opportunities. I’ve gotten to play such a crazy wide range of characters with him. I’ve gotten to be a witch, I’ve gotten to be an aerobics instructor, we’ll see what I am maybe this season.”

Is Sarah Paulson in AHS season 11? 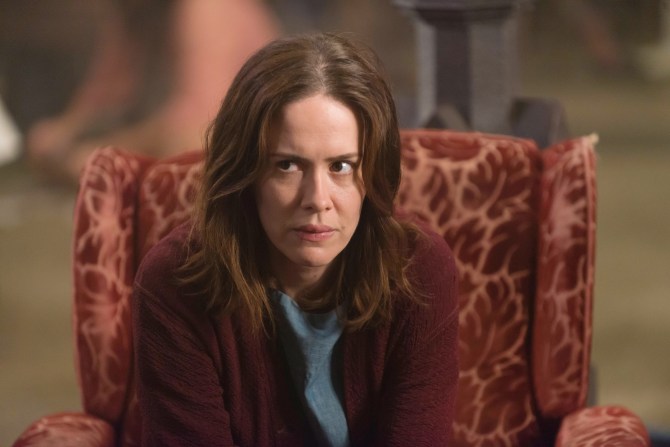 Is Sarah Paulson in AHS season 11? Unfortunately not. The multiple Emmy Award winner will also not be returning for the 11th season but was unsure of her future on the show (there will be at least 13 seasons). Not that she’d never say no. She told Variety in August 2022: “It’s not that I’m not open to it. I’m always open to it, but I feel like I’ve been doing it for a long time, and people might start getting sick of me in that world,” she said. “Let someone else scream and run and cry for a second. Other people can do that too! Also, my nervous system. There was a time when I was younger when I was like, ‘I can do this all night. I love it!’ Now I’m like, ‘Momma’s tired!’”

American Horror Story premiered on FX in October 2011 as an anthology horror series, with each season conceived as a self-contained miniseries with a different storyline, characters and cast. The first season, Murder House, centered on a family who move into a house in Los Angeles in 2011 that’s haunted by people who have died there. Since then, American Horror Story has released nine more seasons: Asylum, Coven, Freak Show, Hotel, Roanoke, Cult, Apocalypse, 1984 and Double Feature, the newest installment that premiered on August 25, 2021. It has been incredibly well received and successful at awards shows in its 11-year-history. It’s won a total of 140 various awards and has been nominated 360 times. Jessica Lange is the most-awarded cast member with 31 nominations and 11 wins to her name for her performances in the first, second and third seasons.