Eva Mendes isn’t letting her daughters grow up without knowing their Cuban roots—and she’s enlisting husband Ryan Gosling to help her. The 43-year-old actress recently opened up to People about raising her daughters—3-year-old Esmerelda and 1-year-old Amada—in a bilingual household, and why keeping in touch with her Cuban background is so important to her.

Though Mendes remained mum on if her 36-year-old hubby was fluent in Spanish, she revealed that Spanglish (a combination of Spanish and English) was the language of choice for Esmerelda. (Amada is only 1, but we imagine she’ll follow suit when she reaches speaking age.) “Esmeralda mostly speaks Spanglish right now. It’s really cute,” Mendes said. “She’s definitely bilingual, and it’s really important for us to make sure that she’s not only just familiar with the language, but also with the culture.”

Along with teaching her daughters Spanish, Mendes has also tapped her parents to ensure her kids are in touch with their Cuban side. Her mom cooks Cuban food and play Cuban music, while her dad talks to her kids strictly in Spanish. “My mom, who lives 15 minutes away, makes it is easy because she speaks to the girls in Spanish and cooks them Cuban food,” Mendes said. “And we’re always listening to Cuban music. It really is a big part of our way of life. I wouldn’t have it any other way.”

MORE: 10 Celebrity Couples Who Fell in Love on Set

The actress, who married Gosling in 2016 after meeting on the set of their 2012 film, “The Place Beyond the Pines,” is also likely teaching her daughters body-positivity, something that was important to her when growing up in a Cuban family with so many different body types. “My mom and two sisters—us four girls —all have completely different body types, and I love that about Latin culture,” Mendes said. “Under this beautiful umbrella of being Latin, are many shapes, colors, and sizes. I grew up with everyone looking so incredibly different from one another. It’s part of my heritage and culture to embrace all different kinds of body types.” 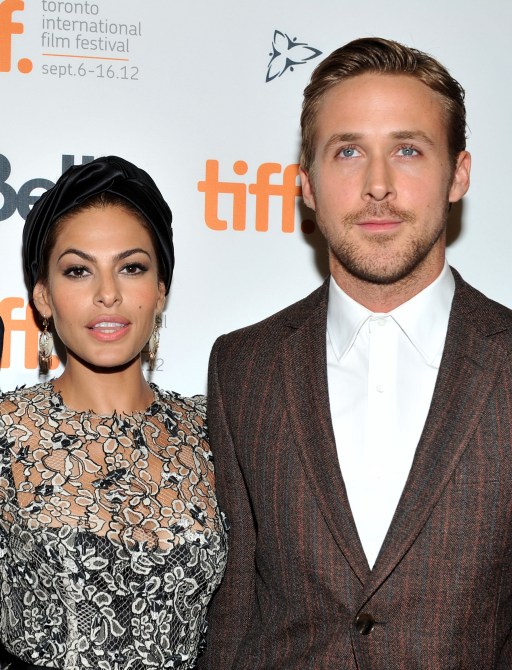 MORE: Ryan Gosling Has an Instagram Famous Doppelganger and the Internet Is Freaking Out

Though Mendes didn’t name Gosling by name in the interview (the pair is one of the most private couples in Hollywood), we’re sure the actor is right there with her in raising their daughters in a multicultural household.