Last week, I was on the set of a photo shoot when the hairstylist complimented my denim jacket. My reply: “Oh, I got it on Etsy!” A few minutes later, she also asked me about oversize tribal-print sweater I had tied around my waist. “Also Etsy,” I said. What I didn’t tell her was the super-soft bandana around my neck and the nameplate necklace I wear every day are also from—say it with me—Etsy. And so is, I’d say, about 60% of my closet.

At face value, the site can appear overwhelmingly large, as twee as any Pinterest “wedding inspo” board, and generally pretty lackluster as far as fashion goes. But! For every crocheted cardigan and stretchy headband, there are gold Moschino belts, authentic Guns ‘N Roses tees, ’80s high-waist Guess jeans, silk ’60s Dior blouses, and vintage Gucci loafers. And the beauty of it all is, unlike a thrift store, there are usually dozens of whatever it is you want, in various sizes and at different prices thanks to the thousands of different sellers.

I can say with certainty that the pieces in my closet I love most all came from Etsy, so I feel compelled to share a few tips with you.

First: Don’t be afraid to bargain. I really wanted a vintage gray sweatshirt that said “University of Budweiser” yesterday (no judgement—it’s sick) but I didn’t want to pay $45 for it. I messaged the seller, who said she can do it for $30. Sold. Unless it’s under $20, I always ask about the option of lowering prices. Sometimes sellers say no, but it’s worth asking—especially since most comply.

Next, if you’re looking for really specific stuff, don’t be afraid to get granular with your search terms. When Miu Miu showed those amazing ruffled prairie blouses for Fall ’15, I knew coughing up $830 for a cotton top—no matter how cool—would be mental, so I took to Etsy. However, typing “ruffled shirts” on the site will do nothing for you except cause early 2000s-themed nightmares, so I started searching terms that were super-specific like “rodeo shirts,” cowgirl shirts” and “square dancing shirts” (nope, not kidding.) The result? A few incredible, unique tops that are Miu Miu-esque, but way more original. Behold: 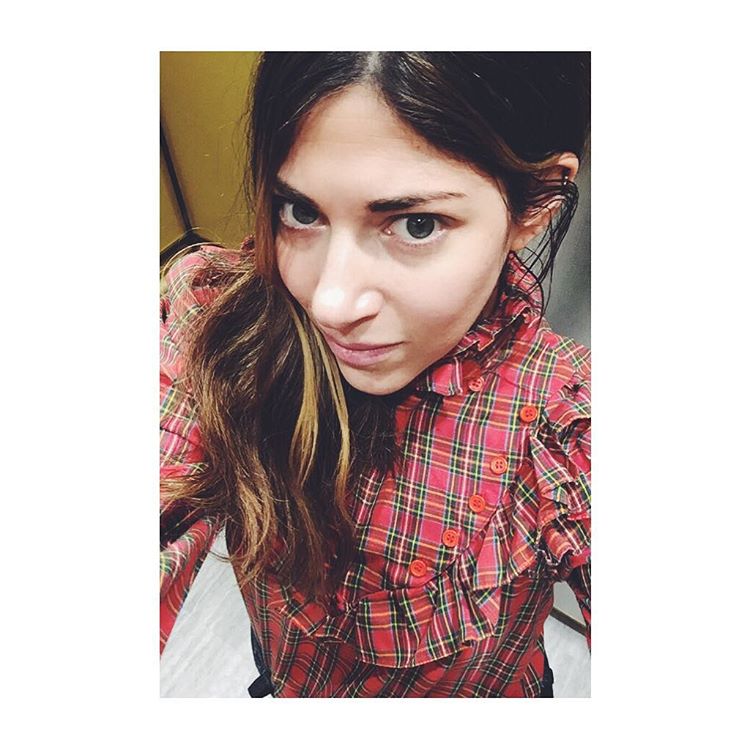 To prove just how great a shopping source Etsy is for cool shit, I’ve compiled the gallery above that’s filled with the most recent things I’ve purchased, and almost identical versions still available. If you’ve never fallen down a vintage-shopping K-hole on Etsy, prepare to lose hours of your day. Consider yourself warned.

I've lost an alarming amount of hours over the years hunting down the denim jacket I'd want to be buried in—i.e., the one that's made by Levi's, has an authentic, broken-in fade, fits like it was made for me, and makes me look kind of like an open-road trucker (my personal #fashiongoals). It took a few months, but I finally found the one on Etsy for $60, at left. Believe me when I say there are a million more like it...

I stalk Etsy for slightly campy vintage tees—specifically those that'll looks particularly 1970s-esque when tucked into high-waisted denim. My most recent was this top from the 1991 Hooters-sponsored Miami Grand Prix (!!!), but there are plenty more just as cool.

When I was post-college, a "going out top" meant something sleeveless, braless, strapless, or backless. Now, I'm partial to vintage blouses, often ones with metallic prints and retro detail like shoulder pads, cummerbunds, or buttoned-up sides.

I love the look of vintage Gucci loafers—with shorts, with skirts, with jeans—and I recently snagged this amazing brown suede pair for just under $100. Luckily, there are many more just like them.

I'm still into mom jeans (#sorrynotsorry) and the best pair I've ever bought came straight from Etsy—thick, light, unflattering-in-a-good-way, made by Guess. If you're into them, Etsy is pretty much Mecca for vintage denim.

I love a kitschy sweatshirt, and for that, Etsy is a goddamn dream. Behold my latest purchase, a heather-gray crewneck that says "University of Budweiser" (and it's awesome) but there are lots more saved to my favorites.

Hot tip: If you're into Miu Miu-esque ruffles, search "rodeo shirts" or "square dancing tops" on Etsy—I've found some of the coolest pieces I own that way, like this amazing white blouse.

Bear with me here: I'm a sucker for a dated silhouette (shoulder pads a bonus) and buy retro silk dresses on Etsy but get them all shortened—we're talking super short, which looks really cool and quite modern all summer with a pair of inch-high block heels or flats.

Etsy is a gem for buying up patches from whatever corner of pop culture you're into. I'm partial to '90s nostalgia, as evidenced by this awesome Twin Peaks patch (#RIPLaura) I bought this week and plan to iron on my denim jacket.

I love wearing men's short-sleeve button-downs in the summer, either tucked into skinny jeans with the sleeves rolled up or open over a tee.

I dare you to buy this flamingo-printed version before me.

The really good rock and roll tees don't come that cheap—this Alan Jackson version was $70—but there are some serious finds on Etsy, from obscure bands to heavy metal icons.

Vintage 1989 Skid Row Makin A Mess Of The US Concert Tour, $59.99; at Etsy store Downtown Generations

Vintage designer accessories are in strong supply on Etsy—I haven't pulled the trigger yet on a Moschino belt, but I have several saved. So. Damn. Cool.

It's hard to beat Etsy for bomb vintage denim shorts, and these are nearly identical to the many pairs I've purchased over the years.