If you’re a sports fan, you may want to know if ESPN Plus has a free trial and if there’s a way to watch MLB, NHL, MLS and more games live for free. While ESPN Plus doesn’t have a free trial, there’s still a way to sign up for free—if you meet one condition.

In August 2018, ESPN announced that it had merged ESPN Insider, a service that offered subscribers exclusive written articles for $4.99 per month, into a new service called EPSN Plus that would include the same features as ESPN Insider, as well as streaming access to live sports events and thousands of hours of original TV shows and movies.

How much does ESPN Plus cost?

ESPN Plus costs $6.99 per month for a monthly plan or $69.99 per year for a yearly plan, which saves customers about 15 percent. ESPN Plus also offers a bundle with Disney Plus and Hulu for $13.99 per month, which saves users about $8 per month from subscribing to each service individually. ESPN Plus also offers exclusive UFC pay-per-view matches for $70 for existing subscribers. New subscribers can also get a special discounted bundle that includes a one-year membership to ESPN Plus, as well as one pay-per-view match for $89.98.

Does ESPN Plus have a free trial?

Does ESPN Plus have a free trial? The answer is no. Though ESPN Plus had a seven-day free trial when it launched in 2018, the service has since ended the option. However, that doesn’t mean that there isn’t a way to watch ESPN Plus for free. Read on for an even better alternative to ESPN Plus’ free trial.

If you’re a Verizon customer (or know someone who is), you can receive free ESPN Plus, Disney Plus and Hulu subscriptions with the service’s Disney Bundle offer. According to Verizon, customers with at least one Get More Unlimited or Play More Unlimited plan are eligible for offer, which includes free subscriptions to ESPN Plus, Disney Plus and Hulu (which saves users a cost of $13.99 per month) for as long as their plans are active. Click here for Verizon’s FAQ on how to sign up for Verizon’s free Disney Bundle. 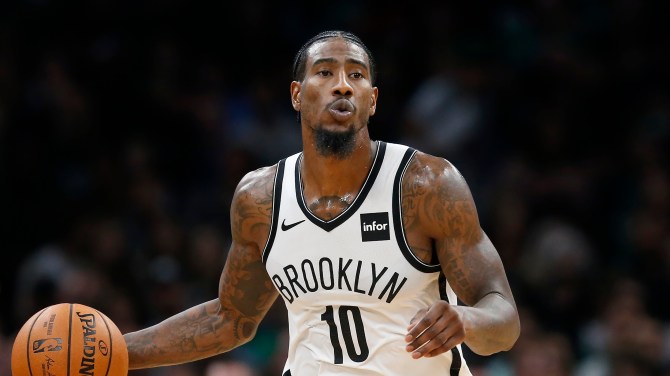 What’s on ESPN Plus?

Along with live events, ESPN Plus also includes original shows, such as Peyton’s Places, a docuseries hosted by NFL quarterback Peyton Manning; Detail, a recap show that includes in-depth analysis from the perspective of players; Stephen A’s World, a sports news show hosted by ESPN personality Stephen A. Smith; Why Not Us, a docuseries on a men’s basketball team at a historic Black university; and the award-winning 30 For 30, a docuseries that highlights notable sports moments and people through the decades. ESPN Plus also includes select films, game replays and is available to stream in HD on ESPN.com and through the ESPN App on various phones, tablets, computers and smart TVs. Along with streamable content, ESPN Plus also includes fantasy sports tools and premium articles from respected voices in the sports industry.

Is ESPN Plus worth it?

Is ESPN Plus worth it? In an interview with CNBC in 2021, Walt Disney Studios CEO Bob Chapek opened up about the company’s plans to grow ESPN Plus to exist as its own brand outside of ESPN. “We have a very strong portfolio of sports rights and I think 95 of the last 100, the top 100 shows that got the highest ratings last calendar year were sports. So, we think we’re investing in a great area,” he said. “And the future sports, it’s not just about the linear rights, it’s really about the direct-to-consumer options that we give consumers that they’re voting more and more for with their pocketbooks.” He continued, “But at the same time, you’ve got the sports betting option, which really adds something material we believe to that proposition as the new younger audience wants to be a little bit more engaged in the outcome of the game, but at the same time, we think that there’s an more interactive, a more gaming component to it as well so less of a sit back and more of a lean forward type of experience. So we think that those rights combined with all those other benefits that we’re working on building into the sports viewing process really will, you know, take ESPN and reinstate it as a big growth business for us.”

He also confirmed that ESPN Plus had placed a bid for NFL Sunday Ticket. “Well, we’re bidding for it. And you know, we always say that if an investment is accretive to our shareholders, we’ll go ahead and do it. But the moment that it’s not we’ll back out and we hope it is,” he said.

During a Disney earnings call in 2021, Chapek also confirmed his plans to grow ESPN Plus. “Sporting events continue to be the most powerful draw in television, accounting for 95 of the 100 most-watched live broadcasts in 2021. And ESPN once again set the bar this quarter with live games across each of our four major US sports, including the revolutionary Monday Night with Peyton and Eli,” he said, adding that ESPN Plus plans to add alternative programming for UFC, golf and college football events over the course of the next three years.

He continued, “While multi-platform television and streaming will continue to be the foundation of sports coverage for the immediate future, we believe the opportunity for The Walt Disney Company goes well beyond these channels. It extends to sports betting, gaming, and the Metaverse. In fact, that’s what excites us: the opportunity to build a sports machine akin to our franchise flywheel that enables audiences to experience, connect with and become actively engaged with their favorite sporting events, stories, teams, and players.”

During another earnings call in 2021, Chapek also confirmed Disney’s plans to include sports betting with ESPN Plus. “We’re also moving toward a greater presence in online sports betting. And given our reach and scale, we have the potential to partner with third parties in this space in a very meaningful way,” he said. “Suffice to say, we continue to see enormous opportunity in sports and all of this, the rights deals, our innovative programming, and the flexibility achieved through our DTC business, which saw ESPN+ subscribers increased by 66 percent over the past fiscal year alone.”

In an interview with Login Casino in 2019, Jimmy Pitaro, President of ESPN, explained the difference between ESPN and ESPN Plus’ audiences. “We announced several months ago that we acceded two million subscribers. At the same time, every deal that we are negotiating now we are looking at how we acquire rights not just for the linerar package but for ESPN+,” he said. “Over the past couple of weeks, we’ve announced a few new deals. So I would expect that you will continue to see more deals where we are trying to attract a younger audience on air but we’re also running parallel pass here where we are trying to create products like ESPN+ that speak directly to the younger generation. We feel we are onto something with ESPN+.” He continued, “Obviously, when you are on air on traditional television, everyone is seeing the same thing. The promise of the internet is the right content to the right user at the right time. You and I can get different things. That is the luxury that we have: we can present a different experience to different people at the right time.”

Pitaro also told Vox in 2019 that ESPN Plus was meant for the more “casual fan” than the audience of ESPN. “We were gearing up to launch ESPN+,” he said. “And so that kind of went without saying, that it was [a] huge priority. But as a natural extension of that, how do we attract a more casual fan? How do we attract a younger audience? How do we do more to attract women to ESPN? And so we spent a lot of time talking about the different initiatives that we could potentially invest in, the different types of content that we could invest in, the different rights that we could acquire to continue to make ESPN more relevant to these new populations.” He also explained how the ESPN app served as a tester for ESPN+. “We have a great product in market right now,” he said. “The product really works. If we decided to go in that direction, we’re set up for it because of the ESPN app, which by the way, we relaunched at the same time that we launched ESPN+. So there’s some confusion in the marketplace that ESPN app and ESPN+ are the same thing. We relaunched the ESPN app, which is the home for all of our content, including when you authenticate, including free content.”

Pitaro also told Vox about how ESPN+’s deal with the UFC was a game changer for the streaming service. “The vast majority of that content, including the pay-per-views, are on ESPN+. We have a fantastic partnership with the direct-to-consumer international segment at the Walt Disney Company. We are very aligned on the strategy there, so I would just go,” he said. “Just to back up for a second, I will tell you when we are out there acquiring rights, we are not always first and foremost looking through the traditional television lens and I think the UFC is a great example. Top-ranked boxing is another example. These are major media rights that we’ve acquired really with a focus on advancing the subscriber base for ESPN+. Now, as we move forward and these rights come up for renewal, the rights that you’re talking about.”

He also confirmed ESPN Plus’ plans to include rights to more NBA and NFL content. “All of those major sports rights, we are 100 percent focused on acquiring rights also for the ESPN+ platform. A couple of smaller examples over the past couple of months, when we did the AAC deal and we did the The Big 12 deal, those rights have material ESPN+ components to them and you will continue to see that as we move forward,” he said. The issue, Pitaro explained, is that a lot of major sports organization, like the NFL, want their programs on traditional television and not a streaming service. “They want the broadest exposure possible on the most reliable platforms. I think if they were sitting here right now, they would say that. And by the way, we can give them that. I think they know that,” he said. So I very much like our hand in that department. If you look at the … I don’t want to digress here, but if you look at the competitive landscape, there’s been a lot of commenting around the challenges that we are facing today and that we will continue to face.”

He continued, “What I will tell you is that we’ve always had competition, but we really like the place that we’re in right now in terms of the amazing reach and scale across our digital platforms, across our linear platforms. The fact that we can bring a broadcast network and several cable channels to the table at the same time. The fact that we have the Walt Disney Company synergy engine. The fact that we have the best production team in the business. When I think about a future where we’re sitting down with the major leagues to negotiate renewals of our existing deals and potentially acquire additional rights, I really like the situation that we’re in.”