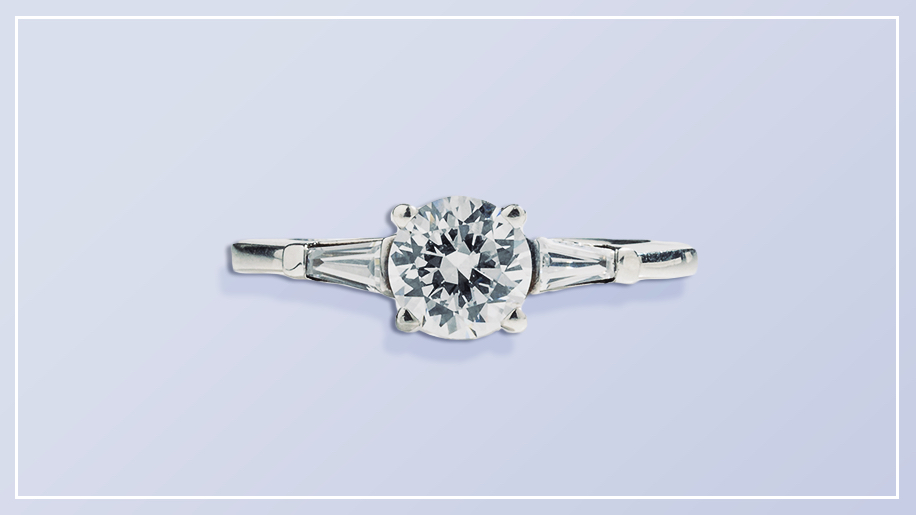 If you’re going to wear a ring for the rest of your natural life, why not have some say in it? (Photo: StyleCaster)

A few weeks ago, I was out with a friend I hadn’t seen since I got engaged earlier this year. “Ohmigosh!” she gushed after ogling the ring glinting on my left hand. “He did good!”

But here’s the thing—my boyfriend, while surprisingly adept at updating his wardrobe (he now willingly wears pocket squares and tailored shirts and has become a disciple of demigod Tom Ford). But he’s not so good at understanding lady things like engagement rings, and couldn’t tell you the difference between a princess cut and a cushion cut to save his life.

By the beginning of last year, we’d been together for more than four years, and, like Real Life Adults, had gradually gone from talking about hypothetically getting married, to talking about what songs were banned from our reception (ahem,“Electric Slide.”)

I told my friend that the glittering opal on my left hand got there through a very specific reason—we picked the ring out together, at the same time, by deliberately shopping for it.

MORE: 28 Photos That Will Make You Want a Winter Wedding

I’ve never been overly precious about getting surprised by the perfect ring or flash-mob proposal. For the longest time, I thought I’d just have my boyfriend give my grandmother’s gorgeous diamond and amethyst ring, an heirloom from the 1930s that awesomely looks like Kate Middleton’s own royal bling.

But after she passed away, I realized I wanted that ring to be a celebration of her, not necessarily my upcoming marriage. And so, I diligently made up a Pinterest board full of inspiration (vintage, opal, with diamonds, thankyouverymuch) and went through my top choices with my BF.

His eyes glazed over, he went slack-jawed, and I swear he nodded off as I was obsessing over a ring from Doyle & Doyle.

MORE: The Rise of the Naked Wedding Dress

He tried to ask questions about different eras (“so, Edwardian is different from Victorian?”) but even that failed to give me any amount of confidence. So I suggested that we just head out ring shopping together, and a half an hour later, we were walking down Fifth Avenue, ambling into Tiffany’s (a gal can dream, can’t she?). It was probably the only place in our entire search where couples were expected to shop together, as the engagement ring floor is full of ottomans for two.

After trying on a few rings that were more expensive than my college education, I knew I had to rethink on what was a bit more practical. We stopped at a few ring boutiques in the next few weeks in New York and Boston, each time met with some raised eyebrows that wouldn’t have been out of place in a Jane Austen novel. “Oh, the scandal!” the brows seemed to say. But won’t you regret that you weren’t surprised by what ring he chose?

Listen, if I’m going to be looking at the same piece of bling for the rest of my natural life, I’d really prefer that it wasn’t a surprise to me. There is literally no other object in your lifetime that you will wear for the rest of your life, no if’s, ands, or buts. And to have only minimal say in the matter? As something of a control freak (or maybe in nice terms, an opinionated aesthete), I knew what I wanted. And I knew I wanted to save the awkwardness and hassle of possibly having to return a ring that didn’t fit the bill.

Not to mention, so many wedding traditions feel tired and outdated to me. We’d been living together for the greater part of 3 years already, and I liked the idea that we were egalitarian going into this whole thing. We’d both picked out the ring. True, I’d be the one wearing it, but to me, it just felt more empowering.

MORE: Is It Every OK to Turn Down Being a Bridesmaid?

We ended up picking out a beautiful, unique diamond and opal ring from the Edwardian era that I still can’t stop looking at these days. The shopkeeper who was helping us smiled as I tried it on. “It’s nice that you’re looking for it together,” she told us. “Most guys who come in here don’t know what to ask for and I end up seeing them a few weeks later with their fiancée.”

And, when my boyfriend did propose some months later, it was still a wonderful (sort of) surprise. Unlike other brides-to-be, I knew I’d love what was in that little black box before he opened it up, but it didn’t take away from the moment. In fact, it only made it that much better.