Emmy Raver-Lampman had never been on TV before she was cast on The Umbrella Academy. “I had just moved to L.A. and was kind of wrapping my head around how to make a self tape and how to work Dropbox,” says Raver-Lampman, who was best known for her work on Broadway in New York at the time. “I was really new to being on camera. I had never been in a TV show or in a movie or anything like that.”

Once she was more settled, Raver-Lampman’s manager sent her a slew of scripts, including one for the pilot of The Umbrella Academy, a superhero TV series based on Gerard Way’s comic books of the same title. The show follows the seven members of The Umbrella Academy, a superhero team made up of adopted siblings with superpowers. Raver-Lampman auditioned for Allison Hargreeves, a member who has the power to control anyone’s mind as long as she utters the phrase, “I heard a rumor…” “The thing that interested me the most about the show is the human aspect of these siblings and how they interact,” she says. “The superhero aspect is definitely secondary.”

Four months after her audition and no word back, Raver-Lampman had almost completely forgotten about The Umbrella Academy until her manager called her about a camera test. “My manager was like, ‘You’re never going to guess who I just heard from, but I just heard from casting for The Umbrella Academy, and they want you to go in tomorrow for a camera test,’” Raver-Lampman recalls. “I was like, ‘Wait. For what show?’ Because it had been so long. I had completely moved on from it.” 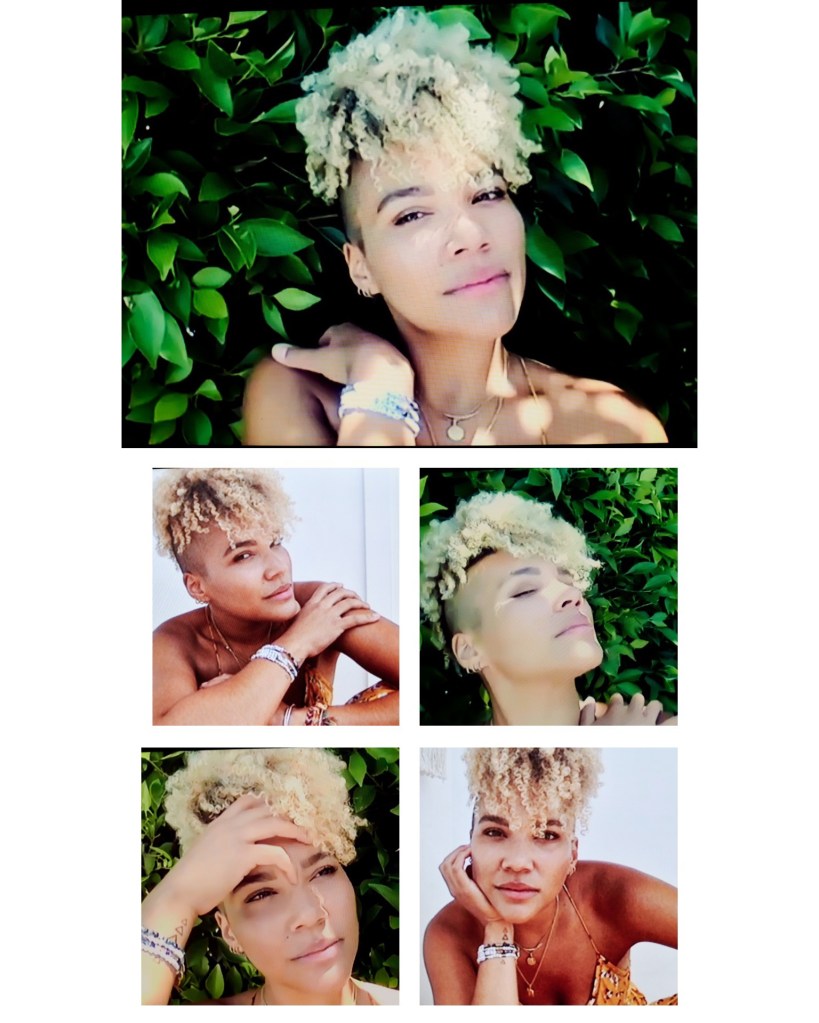 Two days later, Raver-Lampman booked the part. “I’m still in complete shock.,” she says. “It’s still very surreal to me.” The Umbrella Academy season 2, which premiered on Netflix on July 31, sees the siblings time travel to Dallas, Texas, in the 1960s after they fail to save the world from an Apocalypse in present-day. The second season also sees Allison, the only Black member of The Umbrella Academy, as an activist in the Civil Rights Movement, a storyline that Raver-Lampman was both “nervous” and “honored” to represent.

“I was equal parts nervous to take on such a monumental moment in African American history and the fight against systemic racism and injustice and inequality in our country,” she says. “I was nervous, but I was honored because Netflix has a massive platform. It was the opportunity to further the amplification of the struggle of marginalized people on TV screens in this medium, the sci-fi superhero world, and to tackle some grounding real topics.”

Ahead, Raver-Lampman talked to StyleCaster about how Allison’s storyline mirrors the Black Lives Matter movement, what she knows about The Umbrella Academy season 3 and her thoughts on #Hamilfilm on Disney+.

On the diversity in The Umbrella Academy

“I am so grateful for the representation on this show. The fact that Ellen [page] is playing Vanya. Justin [Min] is playing Ben. David [Castañeda] is playing Diego. And I’m playing Allison. It’s a beautiful thing that this family is so diverse. It was undeniable and inevitable, if we were going to follow the graphic novels and go to Dallas in the ‘60s to deal with the JFK assassination that Allison would inevitably come head to head with the Civil Rights Movement in the segregated south. That was blatantly obvious to me and to our showrunner, so once we got the greenlight for the second season, we immediately started conversations about how Allison was going to be involved, if she was going to be involved, what her life was going to be, what the struggle for her would be and how she was going to interact with the Civil Rights Movement. I was eager to take it head on. I didn’t want to avoid it and not have her live through that and be a part of it.”

On how Allison’s storyline mirrors the Black Lives Matter movement

“What we’re living through in this moment in the wake of George Floyd and this global platform that has now been given to the Black Lives Matter movement is so exciting to see. Countries all over the world are in support and a part of this fight. Being a Black woman in this country, of course, I was relating [season 2] to current events. But there is a devastating amount of situations and events of police brutality over my lifetime and for, quite frankly, 400 years, so knowing that and being able to feel that and understand that wasn’t something I had to research to try to wrap my brain around. It’s something I have experienced, I have witnessed and I have felt. Shooting the riot scenes were some of the hardest days on set. But also we all knew that we were doing something important because we knew we weren’t reenacting something that hasn’t happened before. We were reenacting something that happens everyday in this country to Black bodies.” 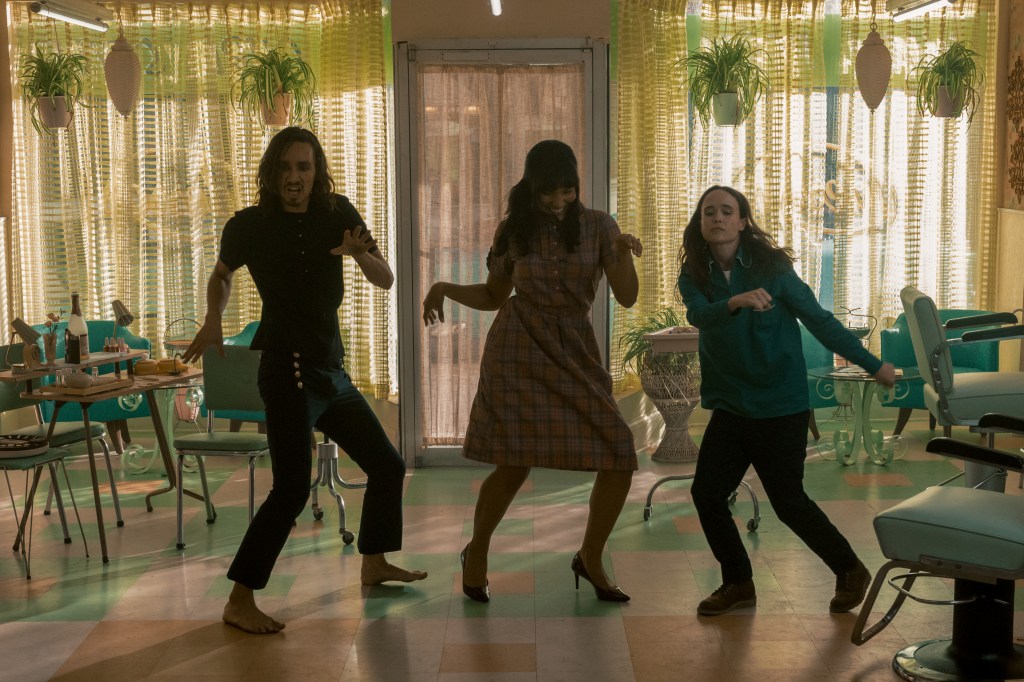 “If we are looking at Allison’s powers from the information we have from the show, she’s only used them for selfish reasons, for personal gain and because her father told her to. As powerful as her power is, it’s extremely unpredictable, and I don’t think she trusts it. I don’t think she’s ever fully respected it or taken the time to understand it to its full ability. Sure, she can rumor her ex-husband to fall in love with her and then they get married, but that doesn’t mean it was a happy marriage. She doesn’t know the long-term effects of her powers and the butterfly effect it has. So meddling in something as important as the Civil Rights Movement just felt like something that she shouldn’t try to take on. She knows she has a biracial daughter decades in the future, and if she decides to make a quick-fix move of rumoring the Civil Rights Movement away, she doesn’t know the longevity of that result. I don’t think it’s worth the risk having a negative result or a negative outcome and risking millions and millions of lives.”

“In one day, more people saw Hamilton on Disney+ than had ever seen it live in any production that exists in North America and in London. Hamilton is a representation of what the world looks like. Everybody can see themselves in one way or another in that show by the people that are telling that story. Also Broadway is expensive. Not everyone has $120 per person to take a family to see theatre. It’s so incredible that one of the biggest musicals of all time is now at the fingertips of so many people. It’s now accessible to people all over the world who can enjoy it. Now it’s not this thing that people are whispering about like it’s the hot ticket.”

On The Umbrella Academy season 3

“I don’t know anything about season 3. Steve Blackman and the writers room have been really closed-lipped here’s a lot of speculation because Gerard Way just released the third graphic novel. What does that mean for the show? We’ve never taken the books as bible, but we definitely pull from them when it’s helpful. There are so many things that can happen in the third season. For Allison specifically, the biggest concern for her is the little snippet at the end of going home and Hargreeves is alive, Ben is alive and then there are these silhouetted people on the second level. What does that mean? Allison’s main concern is, well, if these people are alive, we have severely changed the timeline, so what does that mean for Claire and where is she? And is she even alive? Also I, personally, would love to explore the trauma of Allison realizing what she just lived through. Her experience of going back to the ‘60s is very different from her other siblings, and that’s not something they can understand. That’s not something that they can help her with. That’s not something they can feel. She can probably feel very alone reliving and dealing with the trauma of having just lived three years in the segregated south and spending one of those years without her voice, without her family and without her powers.”