Now that he’s hosting The Bachelor’s After the Final Rose Ceremony, you may be wondering what Emmanuel Acho‘s net worth is—and how it compares to former host Chris Harrison’s salary. Keep on reading for everything we know about the newest member of Bachelor Nation.

Acho announced he would be taking over the role of host for The Bachelor‘s post-finale wrap-up show in late February 2021. “IT’S OFFICIAL: I’ve accepted the Rose and am honored to be hosting the @bachelorabc After the Final Rose this year,” he wrote in an Instagram caption at the time. “It’s been a pivotal season, and this episode will hopefully be one of the most storied shows in TV history. Empathy is needed and change is coming. Share the news! I’ll see y’all then!”

The 30-year-old’s announcement came after weeks of controversy involving longtime Bachelor host, Chris Harrison, and one of Matt James’ final two contestants, Rachael Kirkconnell. It all began when photos resurfaced of Kirkconnell showing her attending a 2018 plantation-themed party. Harrison soon went on to defend Kirkconnell’s behavior in an interview with former Bachelorette Rachel Lindsay.

After nearly all members of James’ season issued statements of their own denouncing racism, the former Bachelor host issued an apology and announced he would be taking a step back from hosting the show. Lindsay recommended that Acho should take on the role in Harrison’s stead, and the rest is history. But who is Acho, what is his net worth, and how does his past make him a good fit to host The Bachelor‘s post-finale show?

For everything we know about Emmanuel Acho’s net worth and more, just keep on reading.

Who is Emmanuel Acho?

Acho introduced himself to Bachelor Nation in his February 15 Instagram post. He began, “I’m the author of 2020 NYT best seller, ‘Uncomfortable Conversations with a Black Man‘, a book that answers all the racial questions you’ve been too afraid to ask. Go read it.” 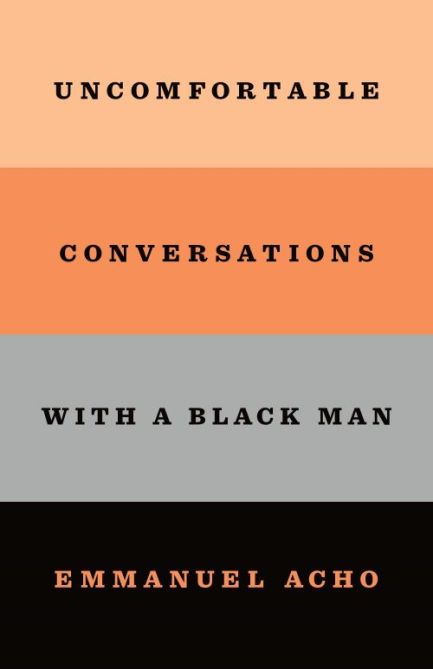 'Uncomfortable Conversations With a… $12.89
Buy Now

“I also graduated from the University of Texas with a masters degree, I played for 4 years in the NFL, and I currently host a sports show, @sfyonfs1,” he continued. “Lastly, I love being a bridge for reconciliation. Our world is disconnected & divided, my goal is to unify.”

What is Emmanuel Acho’s net worth?

As a former NFL linebacker, Acho reportedly earned $1,227,097 during his time playing for the Philadelphia Eagles, the Cleveland Browns, and the New York Giants. He also works as a Sports Analyst, a role that earns an average salary of around $75,000 per year.

While details about his book sales are not currently available, it’s probably safe to assume that he has earned a generous paycheck from his bestselling book, Uncomfortable Conversations With a Black Man. As for his earnings from the Bachelor, we know that former host Chris Harrison made anywhere between $60,000 and $200,00 per episode—so it’s possible Acho is earning somewhere in that ballpark for his special appearance during the After the Final Rose ceremony.