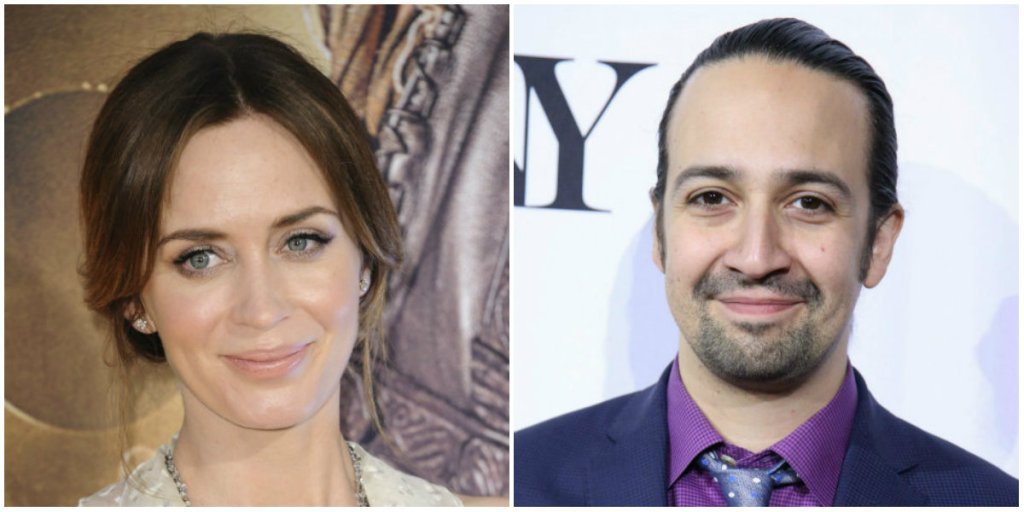 It might be that Emily Blunt’s entire acting career has been building up to this moment because we can’t think of anyone more practically perfect in every way for the role of Mary Poppins. Entertainment Weekly is reporting she’ll join Lin-Manual Miranda of “Hamilton” fame in “Mary Poppins Returns,” the sequel of the Disney classic.

Emily will be the first actress to play the role Julie Andrews made famous in 1964, while Lin-Manuel will play a new part that sounds just as perfect: a streetlight lighter named Jack. The movie will be set in 1930s London with Mary Poppins’s charges, Jane and Michael Banks, all grown up. They will be reunited, giving a Mary a chance to meet Michael’s three children—we think we can imagine where this is going.

Whatever happens in the all-new script, we know there will be singing  and dancing with their new streetlighter friend when the film premieres December 25, 2018. As long as “streetlighter” is not Depression-era slang for “drug dealer,” in which case this will be a very different movie.