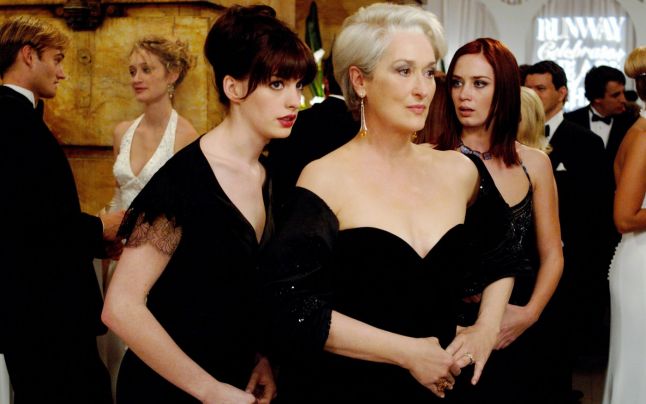 Sequels are tricky beasts, especially in the case of a movie as beloved as “The Devil Wears Prada.” However, it seems the stars of the 2006 flick are on board to slip back into Valentino and reprise their roles as Runway magazine staffers.

“I would do it, but only if everyone did it,” Emily Blunt—who currently reunited with Meryl Streep in the big screen version of Broadway classic “Into the Woods—told E! News. “I don’t know why it hasn’t been done, but everyone’s got to do it.”

The movie’s star, Anne Hathaway, also admitted she’d be down for a sequel. “Wouldn’t that be fun?” she said on the UK’s “Graham Norton Show” in October. “I’d love to do that but I don’t know if there is any plan for it.”

Here’s hoping that if a part two does indeed materizlize, it’s not entirely based the book’s 2013 sequel Revenge Wears Prada: The Devil Returns, which was described as reading “less like haute couture and more like Nordstrom Rack” by the Washington Post. As long it’s not something cerulean.