The 2019 Golden Globes red carpet was, as expected, filled with all kinds of opulent style. Lady Gaga wore an ice blue dress with a train so magnificent people had to walk behind her and carry it. Lili Reinhart made her Golden Globes debut in a fluffy red ball gown and matching red eyeshadow—an incredibly bold choice, but one that certainly paid off. Myriad other stars donned sequins, beads, fringe, tulle—materials that dazzled under the lights of photographers’ camera flashes. But one Golden Globes-nominated actress stood out because her look was simpler, not more over-the-top than the rest; Emily Blunt stunned in an understated 2019 Golden Globes gown—turning heads for both her impeccable style and her decision to break away from the sartorial pack. 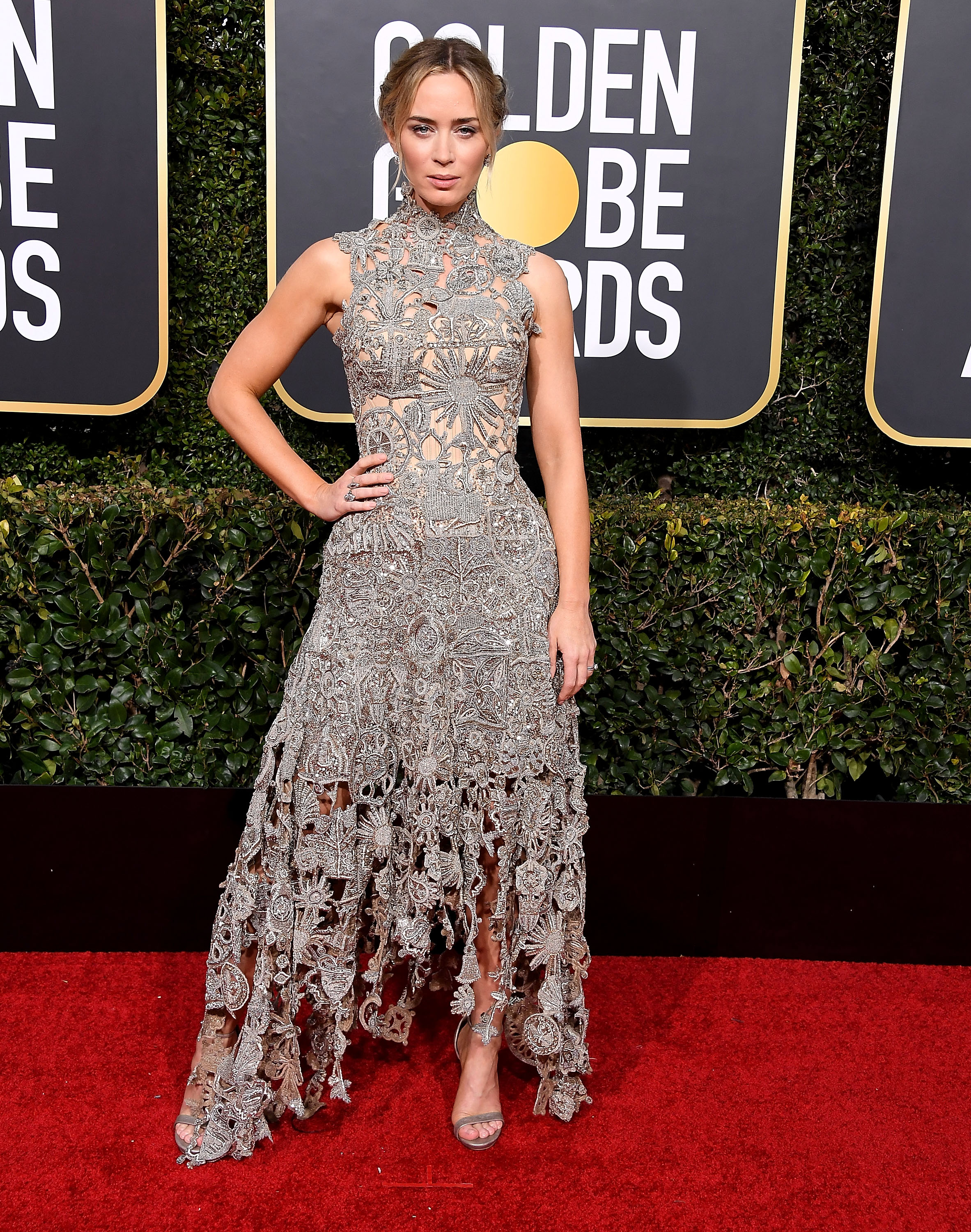 Blunt, who was nominated for her acting in Mary Poppins Returns, hit the 2019 Golden Globes red carpet in a gray gown—one crafted from thick, strikingly textured lace (the kind of thing you might expect on a runway, not at a wedding). The gown’s uneven hemline grazed the floor by Blunt’s size, but trended upward in the front, directing the focus toward her silver strappy heels. The rest of her ensemble was just as straightforward. She accessorized with diamond earrings and a few silver rings; she kept her beauty look pared-down with a neutral lip and slightly sparkly pewter-silver eyeshadow; and she pulled her hair back into a relaxed braided updo.

Where others opted for splendor, Blunt opted for understatedly chic style—a choice that may seem disappointing or ill-informed at first glance, but one that demands respect the more it’s considered. Because a celebrity shouldn’t have to craft a red carpet ensemble with neatly packaged, one-off, Instagram-worthy moments in mind; choices designed to catch social media’s fleeting eye, if even for a moment, are undeniably fun and exciting, but they’re not the only way to do a red carpet. And Blunt’s understated 2019 Golden Globes ensemble should succinctly remind us all of that fact.