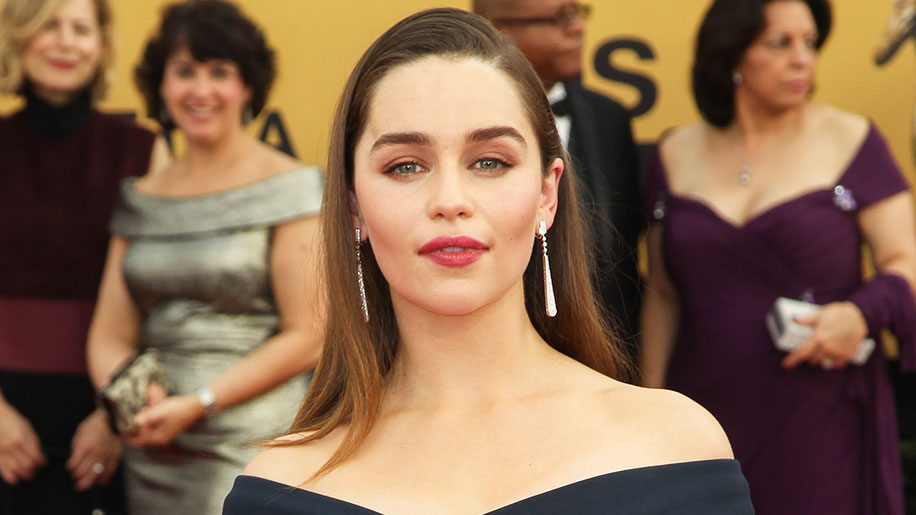 The men’s magazine snapped the 28-year-old star, who plays aspiring queen Daenerys Targaryen on the hit HBO show, in a sultry lingerie shoot to accompany the announcement.

Ladies and gentlemen, may we present Emilia Clarke, our #SexiestWomanAlive. 📷: @VincentPeters1 for Esquire. UPDATE: link in bio for full set of photos. #emiliaclarke #GameofThrones #esquiresexiestwomanalive #khaleesi

Esquire is the second men’s magazine to point out Clarke’s appeal this year, with GQ naming the British actress Woman of the Year in September.

Still, it’s interesting that Clarke’s refined elegance won out over more stereotypical current sex bombs like Gigi Hadid and Kendall Jenner, particularly when you consider the magazine typically goes down that route, having named stars like Scarlett Johansson and Penélope Cruz as their Sexiest Woman Alive in previous years.

Head over to Esquire to check out the Clarke’s super-sexy shoot for the magazine.

Another shot from our November issue, featuring the #sexiestwomanalive Emilia Clarke, shot by @vincentpeters1. 🔥🔥🔥