Since the birth of his second child with Grimes, fans have wanted to know what Elon Musk’s new baby’s name means and how to pronounce it.

Grimes announced in an interview with Vanity Fair in March 2022 that she and Musk secretly welcomed their second child, a baby daughter, via surrogacy in late 2021. “I don’t know what I was thinking,” she told the magazine about why she decided to keep her daughter’s birth a secret. “I don’t know.” Grimes, whose real name is Claire Boucher, and Musk were first linked in 2018 and welcomed their first child, a son named X Æ A-Xii. They split in September 2021 after three years of dating. “We are semi-separated but still love each other, see each other frequently and are on great terms,” Musk said in a statement at the time.. “It’s mostly that my work at SpaceX and Tesla requires me to be primarily in Texas or traveling overseas and her work is primarily in L.A. She’s staying with me now and Baby X is in the adjacent room.”

In her interview with Vanity Fair, Grimes revealed that she and Musk welcomed their newborn daughter three months after their split. She also confirmed that she and Musk are not back together, but remain co-parents for their kids. “I would probably refer to him as my boyfriend, but we’re very fluid,” she said. “We live in separate houses. We’re best friends. We see each other all the time. … We just have our own thing going on, and I don’t expect other people to understand.” Along with his two children with Grimes, Musk is also a father to five children from his first marriage to Justine Wilson. His eldest kids are 18-year-old twins Xavier and Griffin, followed by 16-year-old triplets, Kai, Saxon, and Damian. He and Wilson also had another child, a son named Nevada Alexander, who passed away when he was 10 weeks old in 2002. After his marriage to Wilson, Musk remarried with actress Talulah Riley but didn’t have any children with her.

So what does Elon Musk’s new baby’s name mean? Read on for what he and Grimes named their newborn daughter and the story behind her unique moniker. 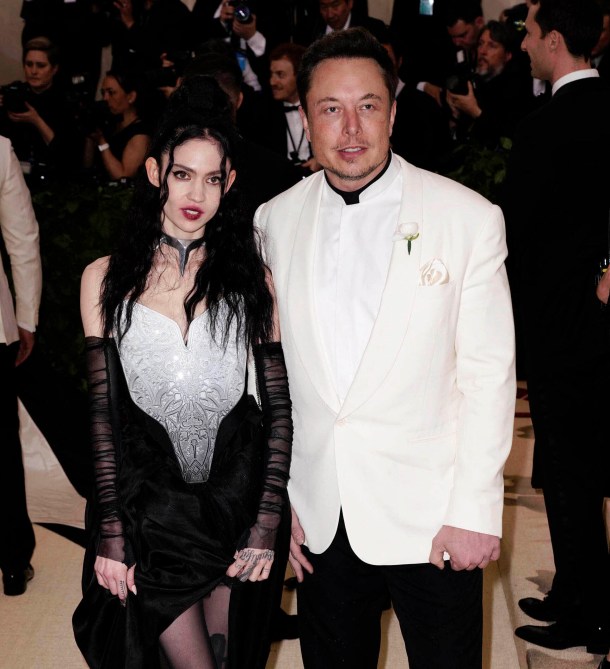 What does Elon Musk’s new baby’s name mean? Grimes confirmed to Vanity Fair that her and Musk named their second child “Exa Dark Sideræl Musk” and are calling her by the nickname “Y.” She explained that their daughter’s first name, “Exa,” is a reference to the computing term, exaFLOP, which is an acronym for “Floating Points Operations Per Second,” according to PCMag.  An exaFLOP is the ability to perform one quintillion floating points operations in a second. As for Y’s middle names, Grimes explained that the first part of her daughter’s middle name, “Dark,” is a reference to “dark matter” and the “unknown” areas of the universe. “People fear it but truly it’s the absence of photons. Dark matter is the beautiful mystery of our universe,” she said.

The second part of Y’s middle name, “Sideræl,” is a reference to the Lord of the Rings character, Galadriel, as well as the word “sidereal,” which she defined as the “the true time of the universe, star time, deep space time, not our relative earth time.” According to the Oxford Dictionary, a “sidereal” is also an adjective meaning “of or with respect to the distant stars.” She described the stylization of the second part of her daughter’s middle name as a  “more elven spelling” of “sidereal.” Grimes also revealed that she “was fighting” with Musk to give their daughter a different name, Odysseus Musk, but was vetoed by her boyfriend. “A girl named Odysseus is my dream,” she said.

Y’s birth also comes after the birth of Musk and Grimes’ first child, a son named X Æ A-Xii, who was born in May 2020. In a tweet at the time, Grimes explained that her son’s name was inspired by various mathematical terms. “X, the unknown variable,” she tweeted at the time. “Æ, my elven spelling of Ai (love &/or Artificial intelligence). A-12 = precursor to SR-17 (our favorite aircraft). No weapons, no defenses, just speed. Great in battle, but non-violent + (A = Archangel, my favorite song) (metal rat).” She continued, “I think it sounds like the name of the main character in the story. I hope he vibes with that. OK, going back into the pain/ beauty reverie for [some] time, just came on to add my thoughts. Peace to all.”

During an interview on the “Joe Rogan Experience” podcast at the time, Musk explained how to pronounce his son’s name. “First of all, my partner is the one who, mostly, actually came up with the name,” he said.“I mean it’s just X, the letter X. And then the Æ is pronounced like ‘ash.’” Grimes, however, had a different explanation for the second part of X’s name in an Instagram post. “It’s just X, like the letter X. Then A.I. Like how you said the letter A then I,” she wrote.