For Grey’s Anatomy viewers, Meredith Grey and Derek Shepherd are OTP, so it’s understandable why fans want to know if Ellen Pompeo and Patrick Dempsey ever dated.

Pompeo and Dempsey made their respective debuts as Meredith Grey and Derek Shepherd in the premiere of Grey’s Anatomy in March 2005. The medical drama, created by Shonda Rhimes, followed a team of surgeons at Seattle Grace Hospital (now known as Grey Sloan Memorial) in Seattle, Washington. Meredith and Derek were main relationship of the series, which has been on the air for more than a decade. Though Pompeo remains on Grey’s Anatomy, Dempsey left the series in season 11 after his character was killed in a car accident.

In an interview with Entertainment Weekly at the time, Dempsey revealed that his decision to leave was “organic.” “It just sort of unfolded in a very organic way,” he said. “I don’t remember the date. It was not in the fall. Maybe February or March. … It happened very quickly.”

He continued, “There wasn’t a lot of discussions…It was just a natural progression. And the way everything was unfolding in a very organic way, it was like, OK! This was obviously the right time. And then it was a question of. … That’s a question for Shonda.” But back to Pompeo and Dempsey. Have Ellen Pompeo and Patrick Dempsey ever dated? Read on for what we know. 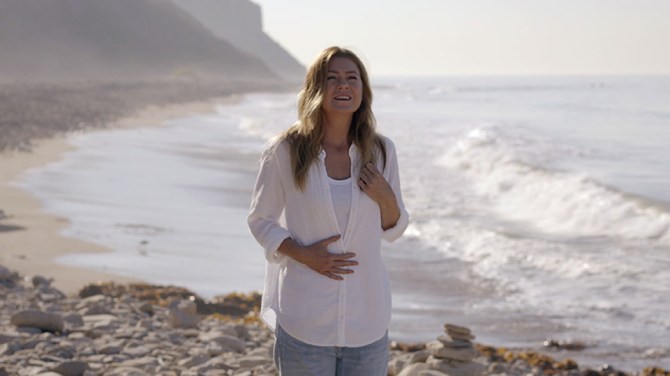 In an interview on Red Table Talk in 2018, Pompeo revealed that she hadn’t talked to Dempsey since he left Grey’s Anatomy but has no bad blood with him. “I have no hard feelings towards him, he’s a wonderful actor and we made, you know, the best TV you could make together,” she said. “That’s a talented man right there… he did 11 amazing years. She continued, “Typically when people leave the show, they need to sort of re-find themselves, who they are, without the show, because the show takes up so much of your life. So, we have not spoken but I will always have a place in my heart for Patrick.”

Despite their lack of communication over the years, Dempsey told The Ellen DeGeneres Show in 2020 that Pompeo was the one who reached out to him for Derek’s cameo in season 17. “We hadn’t spoken in quite some time, so we were playing catch-up,” he said. “And she goes, ‘What do you think about coming back onto the show? Here’s our idea of what we want to do for season 17.’ I was like, what a great opportunity for people and how great it would be for the fans, really, to see everybody reunited in this sort of bizarre way.”

The two kept it such a secret that only a few people on set knew that he would return. “No one knew until I showed up on set that day,” he said. “And then we were really concerned that someone would take a picture and it would get out somehow, but we managed to keep it a secret, which was pretty phenomenal. The impact — the response has been incredibly overwhelming and very moving.”