Ella Emhoff has traded the Capitol steps in Washington D.C. for the runways of New York City. The TikTok sensation and fashion student is adding model to her resume, and she just made her New York Fashion Week debut walking for Proenza Schouler. Her appearance came just after Emhoff appeared on a panel alongside the two designers behind the label, Lazaro Hernandez and Jack McCollough. Talk about having a busy spring semester!

Almost a month to the day after Kamala Harris’ stepdaughter was declared best dressed at the Inauguration for her Miu Miu coat, Emhoff has a shiny new modeling contract with IMG and she’d already starred in a major Fashion Week presentation. Emhoff—a fashion designer in her own right and native of Brooklyn, New York—wore not one, but three killer looks in the Proenza Schouler Fall/Winter 2021 show this week. She also appeared in the collection’s official short film and lookbook, featuring photos by Daniel Shea. 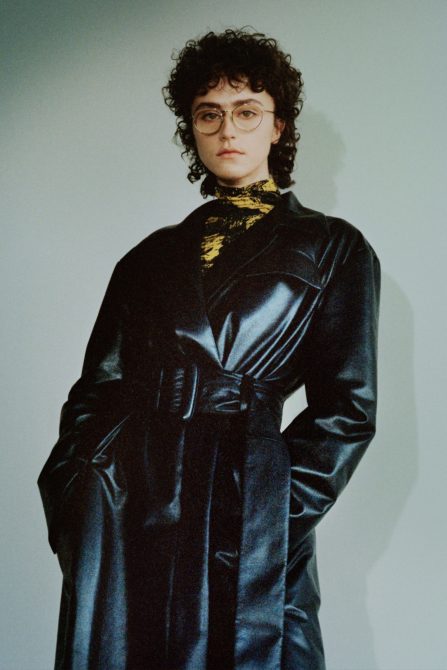 Emhoff’s Instagram OOTDs are often chock full of vibrant colors and prints, so it should come as no surprise that she was styled in something bright for both the panel with Hernandez and McCollough as well as for the show itself. For the former, Emhoff kept it casual in a yellow and black tie-dyed t-shirt—she wouldn’t be a true member of the Gen-Z crowd if she wasn’t diving head-first into the tie-dye trend, after all

On the runway, Emhoff was styled in a similar yellow-and-black turtleneck, but this time the bright color was covered up by a sleek leather trenchcoat. You can watch the full panel on New York Fashion Week’s website and see the short film on Proenza Schouler’s Instagram. Emhoff wasn’t the only celeb to make a surprise appearance at the socially-distanced show, either—she was joined by Meadow Walker, daughter of the late actor Paul Walker. 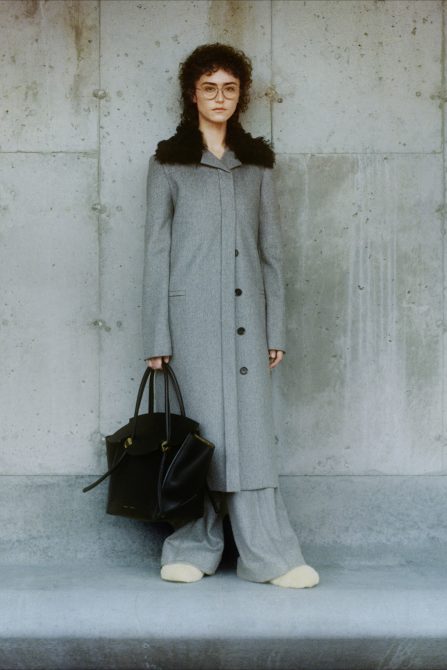 Emhoff’s other looks were a bit more pared-down, but still chic. In a few photos posted to her Instagram, she looked stunning in a black single-button blazer and some matching suit pants. Her third and final ensemble featured of a long, light grey wool jacket with an exaggerated fuzzy black collar and baggy trousers. The look was completed by a pair of chunky sneakers and a leather Proenza tote. If this is how office dressing is going to look in the future, I am 100% here for it.

Proenza Schouler’s Fall/Winter 2021 collection isn’t available to shop online just yet (major bummer, I know), but you can sign up on their site to be notified when you can officially be able to place your pre-order. I know it’ll be a splurge, but I think I’ll pick up the printed turtleneck or the gray jacket for myself when I get a chance. Hopefully Emhoff’s influence doesn’t sell them out too quickly!

Until then, I’ll be sat here thinking about how I can copy Emhoff’s style so that I, too, can look cool at all times, too. Ella, if you see this, let’s be fashion friends, please!