After the release of The Dropout on Hulu, fans of the series are wondering where Elizabeth Holmes is now following the events of the show. Is the disgraced Theranos founder in prison?

Holmes, a Stanford University dropout, launched the biomedical business Theranos—a combination of the words “therapy” and “diagnosis”—in 2003 when she was just 19 years old. Her dream was to transform the healthcare industry by developing an at-home device that could test for a variety of diseases and ailments using only a prick of blood, instead of requiring needles and countless vials for testing. To bring her vision to life, Holmes enlisted the help of scientists and engineers who spent years trying to create the device.

However, it soon became clear that creating such a device was difficult—and costly. In order to secure some initial funding, Holmes presented the device in 2006 in Switzerland to a board of investors. Except, at the time, the Theranos technology wasn’t officially working. Holmes and her team decided to cheat the demonstration by providing diagnostics from a previously successful test run. The presentation was enough to secure the additional investments to fund Theranos and its scientists for some time; yet Holmes continued to scale the business without her device ever working properly.

On the outside, Theranos was everything Holmes had dreamed it would become: successful, reputable and valued at billions. Holmes herself began to deliver panel discussions, interviews and appear on the cover of magazines like Fortune and Forbes, with an impressive net worth, to boot. But behind the scenes, the employees of Theranos were worried about the company’s public claims about a technology they knew still wasn’t operating the right way. 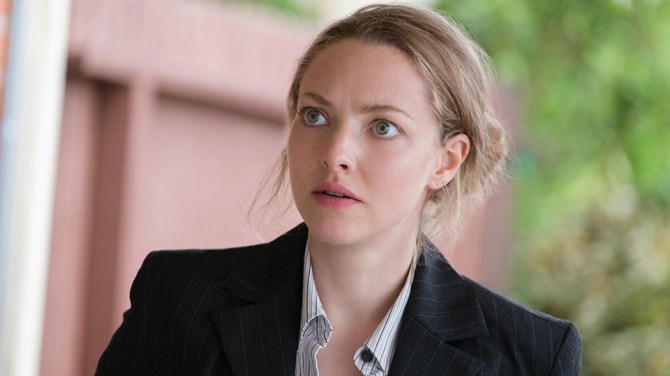 By 2015, the ruse began to fall apart. Theranos was shrouded in controversy when The Wall Street Journal’s John Carreyrou published a damning report on the company, which claimed that its blood testing device—known as the Edison—was unable to test blood samples successfully. Instead, Carreyrou alleged that Theranos was running its samples through traditional testing methods. The journalist went on to publish a series of reports casting doubts on the company’s technology, many of which were compiled into his 2018 book, Bad Blood: Secrets and Lies in a Silicon Valley Startup. The book went on to serve as the basis of the ABC News podcast, The Dropout, which Hulu’s scripted series of the same name is based on.

In the years to come, Theranos continued to face a string of legal challenges and sanctions from multiple medical authorities, state and federal organizations, investors and patients. After years of lawsuits, what remained of the company was dissolved in September 2018 and Holmes was officially charged with fraud.

So, where is Elizabeth Holmes now? Keep on reading ahead to find out where the disgraced Theranos founder and CEO is today.

Is Elizabeth Holmes in jail?

On November 18, 2022, Elizabeth Holmes was sentenced to 11 years and three months behind bars, commencing her sentence on April 27, 2023, perhaps to give her enough time to give birth to her second child, with which she was pregnant at the time of sentencing. It’s less than what federal prosecutors had asked for.

In a court filing released before her sentencing, they wrote: “Time and again, she chose deceit over candor. She forged her own endorsements. She preyed on hopes of her investors that a young, dynamic entrepreneur had changed healthcare. She leveraged the credibility of her illustrious board. And, through her deceit, she attained spectacular fame, adoration, and billions of dollars of wealth.” Prosecutors had originally asked for her to be imprisoned for 15 years and a payment of $800 million.

Ahead of her sentencing, Holmes told the San Jose court: “I loved Theranos. It was my life’s work,” she said. “The people I tried to get involved with Theranos were the people I loved and respected the most. I am devastated by my failings.” She also apologized to the employees, investors and patients of Theranos. “I’m so, so sorry. I gave everything I had to build our company and to save our company,” she said. “I regret my failings with every cell in my body.” She was found guilty of three counts of wire fraud and one count of conspiracy to commit wire fraud on January 3, 2022.

Holmes will be assigned to a prison by the Federal Bureau of Prisons based on factors such as location, space, her lack of criminal history and the nonviolent nature of her crime.

Where is Elizabeth Holmes now?

While Holmes wasn’t in jail at the time of The Dropout’s release on Hulu, the former Theranos CEO was out on $500,000 bail. Holmes was believed to be residing at her $135 million California estate with her husband, William “Billy” Evans, their baby boy and two dogs. She kept a low profile in the neighborhood while awaiting sentencing, which boasts seven separate mansions sprawled across 74 acres. The Silicon Valley enclave also contains four swimming pools, a tennis court and a private orchard.

For more about Elizabeth Holmes, check out Wall Street Journal reporter John Careyrou’s 2018 book, Bad Blood: Secrets and Lies in a Silicon Valley Startup. The book—which The New York Times described as “chilling” and said “reads like a thriller”—tells the story of Elizabeth Holmes, a health tech entrepreneur who was seen as the Steve Jobs, and her company, Theranos, the startup that raised more than $9 billion in funding and promised to revolutionize the medical industry through single-drop blood tests. The national bestseller follows Holmes as she allegedly defrauded investors and put patients at risk with misdiagnoses and unnecessary treatments through her defective technology. The book also investigates how Holmes and her partner, Sunny Balwani, worked to silence anyone who voiced their criticism—including Theranos’ own employees.