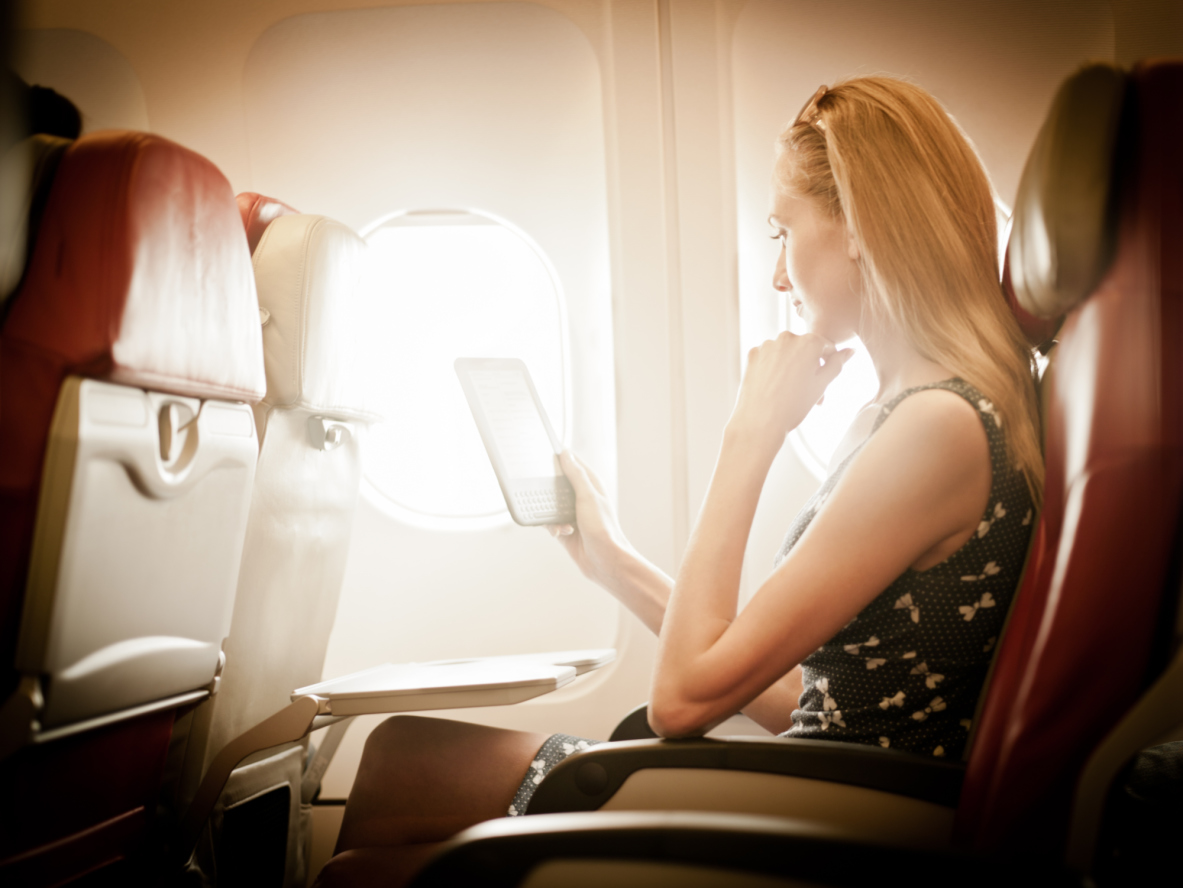 In a move that’s been a long time coming and is likely to delight Alec Baldwin, the FAA is officially allowing the use of certain electronics during takeoff and landing—rather than just while in the air. The new rules read as follows:

Passengers will eventually be able to read e-books, play games, and watch videos on their devices during all phases of flight, with very limited exceptions. Electronic items, books and magazines, must be held or put in the seat back pocket during the actual takeoff and landing roll. Cell phones should be in airplane mode or with cellular service disabled — i.e., no signal bars displayed — and cannot be used for voice communications based on FCC regulations that prohibit any airborne calls using cell phones.

MORE: New Study: Marriage And Kids Are More Important To Men Than Women

The Verge reports the agency released a statement saying airlines would be provided with guidelines, that would take effect immediately, to enable them to implement the new rules, and they’re not wasting any time. Delta says it has already finished testing and has submitted a plan, that (pending the FAA’s approval) might see its debut as early as tomorrow. We can hardly believe that, soon, we won’t have to hide our active devices from the watchful eyes of flight attendants!

While the rules weren’t expected to go into effect until 2014, the FAA is saying we can expect to see wide-sweeping changes in time for the holidays. “The agency expects airlines to allow passengers to safely use their devices in airplane mode, gate-to-gate, by the end of 2013.” In case your eyes skipped the words “airplane mode,” you’ll notice texting and phone calls are still not allowed at anytime as they’re banned under different regulations.

MORE: Science Says The Best Time To Drink Coffee Isn’t Only The Morning

Given the ubiquity of smartphones, tablets and e-readers on flights, passengers became increasingly frustrated with all the restrictions concerning when they could be used, and in March 2012, the FAA said it would take a “fresh look” at the issue. Still, copious testing will need to be done to ensure that planes can handle the radio interference signals from devices, and carry-on and stowing policies will need to be changed to distinguish between light devices like tablets and heavier ones such as laptops, which could pose a physical danger in the event of a bumpy takeoff.

Now our only remaining question for the FAA: can they approve guidelines for better tasting in-flight food?