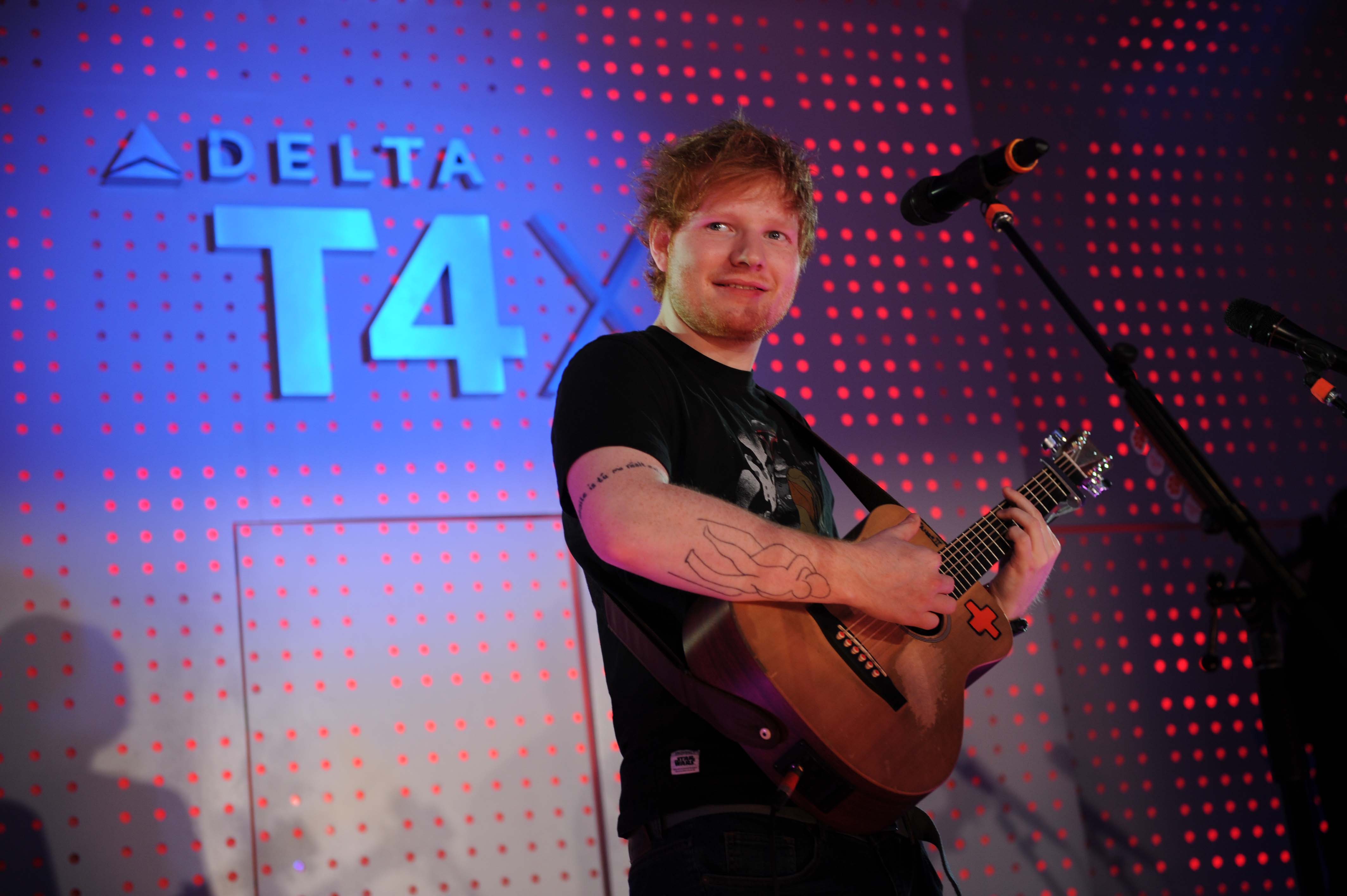 At first glance, Ed Sheeran may be an unlikely heartthrob. But last night, the 22-year-old Brit performed a rousing set at T4X—Delta’s pop-up lounge in SoHo, which previews the airline’s newly transformed International hub at JFK’s Terminal 4—for press, fans, and hoards of uninvited screaming girls waiting outside to catch a glimpse of the rumpled redhead.

Sheeran’s profile has been rising steadily during the past year thanks to his number one pop-rock single “The A Team,” and his association with boy band One Direction (he’s written some of their songs). And now, his career is gaining even more steam thanks to a gig as the opening act on Taylor Swift‘s Red tour.

Right before he took the stage, we sat down with Sheeran in the tricked-out lounge and chatted about everything from his number one spot on the U.K.’s Worst Dressed Men list, to his thoughts on Swift’s style.

StyleCaster: Last year, you were named GQ‘s “Worst Dressed Male in Britain.” What was that experience like?

Ed Sheeran: I haven’t really ever really tried that hard with the way I’ve dressed, so getting “worst dressed” wasn’t that surprising, but being on a list with a lot of other people—like a cross dresser and a member of Parliament—that was interesting. So yeah, I genuinely don’t really care that much about my appearance, so I wasn’t too fussed. But it did make me start wearing cleaner clothes!

How do you deal with criticism regarding your fashion sense? What’s your advice to others?

I feel very sorry for women who are in the public eye because they can never wear the same thing twice, and that’s all I do. I just change clothes. I wash them and change them. With women, I don’t really know what to say: I’m sorry you all always have to wear new dresses. But don’t worry too much of what people think because fashions go in and out, and as long as you find something that suits you and you’re comfortable people will get used to it!

Are there any female celebrities whose fashion sense you really admire?

I really like Ralph Lauren—I wear a lot of their hoodies. Element, it’s a skate brand. I like Nike trainers, and Burberry for suits.

How has the Red tour been going? Have there been any crazy backstage moments?

We’ve got about 40 dates left, we’ve done like 26! It’s an experience. I was on Snow Patrol’s tour last year and this is very different. It’s a lot longer and a lot different. And no, it’s pretty professional backstage. People just do their jobs!

Have you splurged on anything since you’ve made it big?

I got a house! That was cool—and some land.

Your first album, “+”, is a major hit. What is the most meaningful song on it?

Having a song like “The A Team” which I wrote when I was 18 and being a worldwide hit is big for me, especially with the subject matter of the song, so definitely that!