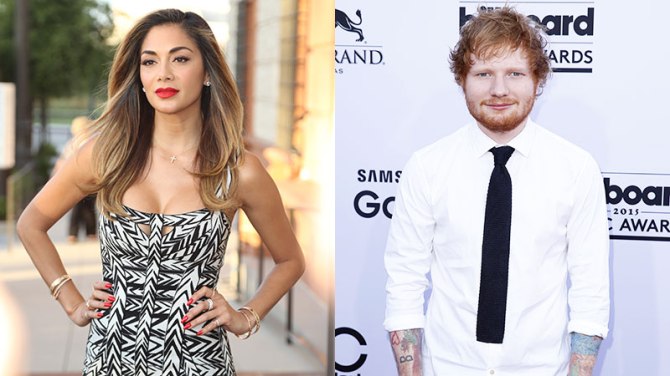 Over the weekend, the Internet collectively freaked out when a rumor surfaced that sensitive rocker, scruffy ginger, and Taylor Swift bestie Ed Sheeran, 24, was rumored to be dating former Pussycat Dolls singer, 37-year-old Nicole Scherzinger.

According to The Sun, the pair had been on a few dates, were spotted at a pub together, and hung out backstage at one of Sheeran’s shows after Scherzinger reached out to Ed, telling him his songs helped her through her recent breakup with British Formula One racing driver, Lewis Hamilton.

Naturally, plenty of “sources” are quoted to push the rumor along—”As far as he’s concerned they were in the early stages of dating and he’s been open about it with close friends and colleagues. It may not develop beyond those dates but they’re definitely tight,” one told The Sun—and Scherzinger also posted this snap to Instagram a few weeks ago, with the caption: “Okay okay you win @teddysphotos, you’re taller 😫😁😜😂#UOENO.”

Still, it’s not a given that these two are actually an item. Aside from the 13-year age difference, we just can’t picture Sheeran—who’s smack in the middle of the pop culture convo right now—and the ousted “X Factor” judge as a couple. Friends, sure—but dating? Probably not. Sheeran’s reps denied the claim that relationship is romantic, but Nicole is yet to comment.