If anyone actually had a good time last year, it was Dua Lipa. She released her second album back in January 2020, staged a whole-ass concert and streamed it live from London in lieu of a traditional tour and has been serving one killer look after another for every interview and appearance over the last 12 months. Her 2021 GRAMMYs look was an absolute slay too, obviously. Talk about starting off 2021 on a high note!

OK, we’re a couple of months in, but still. She’s been killing it lately! A few of Lipa’s recent outfits that stood out during the doom-scrolling that has consumed my life these days include (but are not limited to): The white tweed Chanel look she wore for her NPR Tiny Desk Concert, literally anything she wore in her vacay pics on Insta and of course, the risqué look chosen for her Rolling Stone cover shoot, where she was photographed wearing colorful pastel fishnets—and literally nothing else.

How is it possible that the “We’re Good” singer manages to blow me away every single time a photo of her pops up on my screen? Someone give her stylist their own award, please! Ever one to make a statement, Lipa she showed up to the GRAMMYs in a glittering crystal gown by Versace with a butterfly motif, massive leg slit and cutouts at the hips. 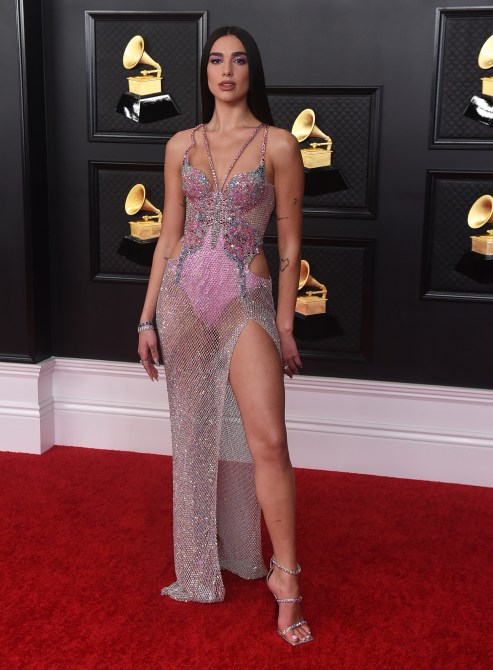 “It’s got a butterfly on it. There was a lot of symbolism this year for me for butterflies,” Lipa told Giuliana Rancic on the carpet. To many, butterflies symbolize rebirth and new life, so do with that what you will!

Lipa is also nothing without some good glam, and her sparkly purple eyeshadow perfectly complimented the glitzy hues of her gown. She wore her brows thick and her dark hair long, straight and shiny. Dua absolutely knows a thing or two about bringing the glamor back to awards season, even if this year’s festivities were mostly virtual. 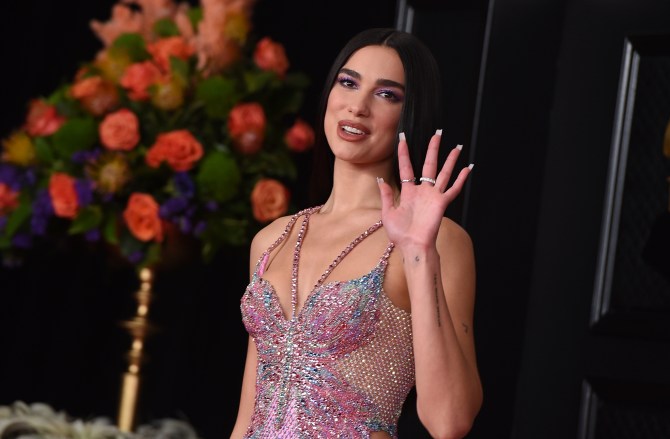 Oh, you thought she was only going to wear only one killer look this year? Think again. For her performance at the top of the show, Lipa wowed in not one, not two, but three! different! looks! She started out in a hot pink satin gown before shedding it to reveal a glittery oversized blazer and matching booties. 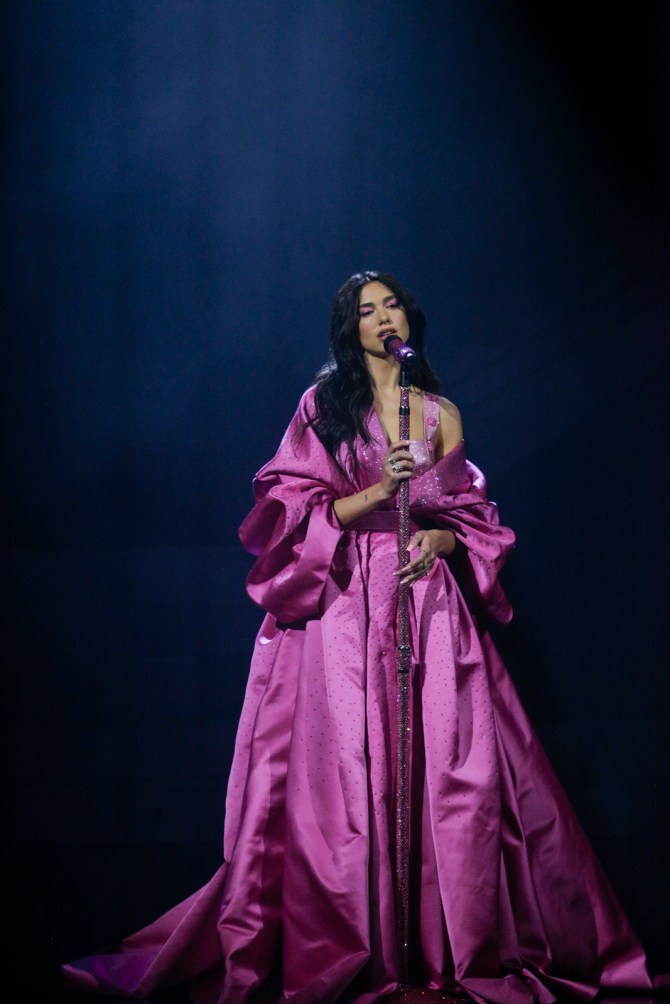 Just when I thought she was done, she stripped down yet again into a pink bedazzled bra and matching hot pants to finish out the medley. A versatile queen! 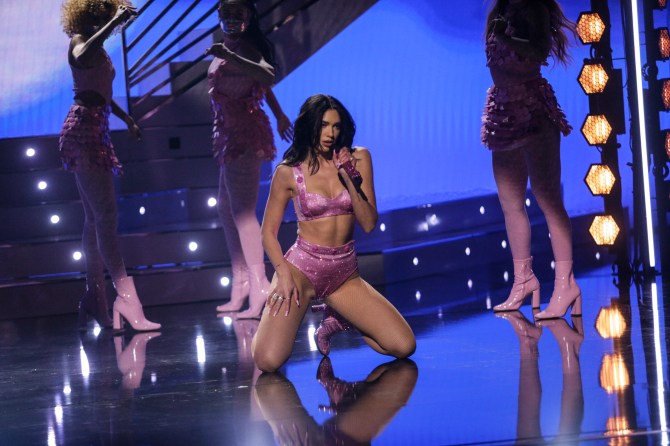 Such different vibes compared to last year’s look! In 2020, Lipa wore a silk white slip gown to the award show and the ensemble did not disappoint. Not only did she single-handedly start the two-toned hair trend that night, she also made a strong case for wearing ‘90s-inspired slip dresses outside of the bedroom. Yes, the frock was simple, but it also solidified her as a certified Fashion Girl. It even inspired me to cut my hair into a blunt bob. No shame.

That said, I love her early aughts-inspired butterfly look tonight (and her performance look striptease!) just as much. Dua Lipa celebrated six nominations at the 2021 GRAMMYs, including Album of the Year for Future Nostalgia and the prestigious Record of the Year award for “Don’t Start Now,” so shout out to a star with as much style as she has talent.