Picture this: You and your friends are having drinks and talking in your living room. Now, do you really want them to be drinking and talking when they COULD be drinking and talking and leveling massive penalties against each other in the name of sportsmanship? That’s what I thought. Drinking games are the perfect way to break the ice at the beginning of the night or segue into deeper chats towards the end of the night. Whether you’re a big fan of high-energy shouty games or enjoy manipulating the rules to learn people’s ~secrets~ (ME), the following drinking game ideas could all be great ways to turn a simple night into a memory.

Every time I find myself wishing there were a low-key competitive element between me and my closest pals, I suddenly blank on every game I’ve ever heard about in my entire life. And because hastily typing “ideas for drinking games” into Google isn’t exactly the Party Vibe I like to harness, I’ve collected some of the most easily executed drinking games that require no more of you than a deck of cards and, of course, the ability to harangue your pals into some semblance of a circle.

All you need for this game is a deck of cards and as many pals as you can peel away from a heated debate about the merits of Taylor Swift’s new album. Each player gets four cards laid facedown in front of them. The person to the left of the dealer has to guess whether their first card is black or red. If they guess right, they get to make any two people in the game drink. But if they guess wrong, they have to drink twice.

For round three, players have to guess whether the number on the third card will be between the two cards already pulled or not, and drink or hand out six drinks depending on the result.

On the last card, players guess the suit. If they’re right, they hand out eight drinks and if they’re wrong they drink all eight.

The cardboard game is a bit more free-wheeling, and it doesn’t require anything except—you guessed it—a piece of cardboard. Okay, and a sharpie and a quarter. But still, it’s pretty low maintenance. The cardboard can be a pizza box, a flattened cardboard box, or any other form as long as it’s at least about a foot and a half wide and you can write on it.

Players start by drawing circles anywhere on the cardboard and writing their names inside said circle. Then the first player flips a quarter onto the cardboard. If it lands on someone’s name, that person drinks. If it lands on unoccupied cardboard territory, the player draws a circle (whatever shape or size they want!) and writes a rule inside.

Players keep flipping the coin in turns, either landing on someone’s name, having to do whatever rule they land on, or making a new rule until the board is full. And then the fun really begins.

A couple of suggested rules to get the ball rolling:

This one’s great for a friend group that’s known each other for a long time. Everyone gets three (or more) scraps of paper, and on each one they write a weird fact about themselves (or someone else present). All the scraps go into a bowl. The bowl then gets passed around the circle for every turn.

For each turn, a player pulls out a scrap, reads the piece of trivia, and after a count to three, everyone points to the person they think it’s about. Anyone who doesn’t get it right drinks, and if everyone does get it right, the person the trivia was about drinks.

There are a lot of variants to this game, but as I’m a firm believer that the best drinking games are the ones with the most potential to learn ~secrets~, I’m going to go ahead and stick with mine. The game starts with a deck of cards spread facedown in a circle around an unopened can of the beer/cider/spiked seltzer of your choice. Players take turns pulling cards and placing them under the tab of the can, slowly pushing the can open more and more with each card added under the tab. The person whose card finally opens the can has to drink it. Meanwhile, each card added has a different rule, so by the time the final card busts open the can, your group will have been playing with layers and layers of rules, making for a very messy (and very confusing) drinking game.

Here are the rules for each card:

In Fuck the Dealer, there’s really only one loser, and you can probably already guess who that is. The game starts when everyone is seated in a circle and dealt one card—the player with the lowest ranking card becomes the dealer.

The dealer shuffles the deck and puts it in front of the group. The player on the dealer’s left guesses the value of the card on the top of the deck. The dealer checks and if the player is right, the dealer drinks four times. But if the guess is wrong, the dealer tells the guesser whether the card is lower or higher than their first guess.

The same dealer then has the next player to the left guess the value of the new card on the top of the deck, and gameplay continues around the circle until you’re out of cards or, if you have any mercy at all, whenever the dealer starts looking very sad. 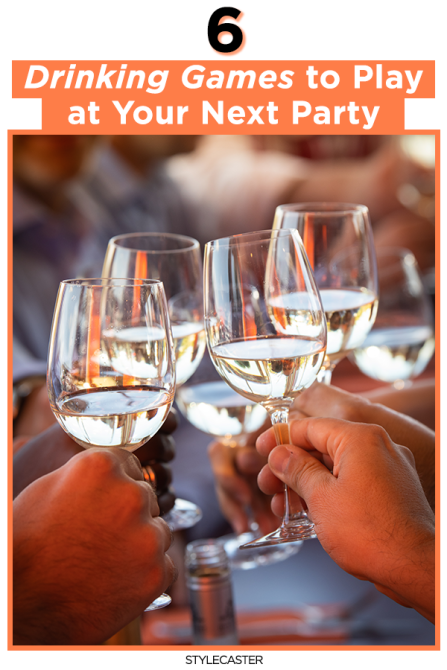