Drew Barrymore is late. Twenty minutes after the initial time of our interview, Barrymore calls me on her car phone, apologizing for a therapy session that ran late. “I was in a difficult therapy appointment. I am so sorry,” Barrymore says, racing down a highway. “Thank you for talking to us. And by us, I mean me and my multiple personalities.”

The us Barrymore is actually referring to is her collaboration with a Crocs, with which she recently released a shoe collection inspired by her daughters, 5-year-old Olive and 4-year-old Frankie. But don’t expect Barrymore’s Crocs collection to be like other celebrity #sponcon. As a cocreator for her campaign for CoverGirl and a producer for several movies she has starred in, Barrymore was gung ho about designing each and every shoe for her collection, unlike other A-listers she might know. “I’m not someone who just shows up and pretends that they like something to cash a check,” Barrymore says. “I’m really not the ‘face of.’” 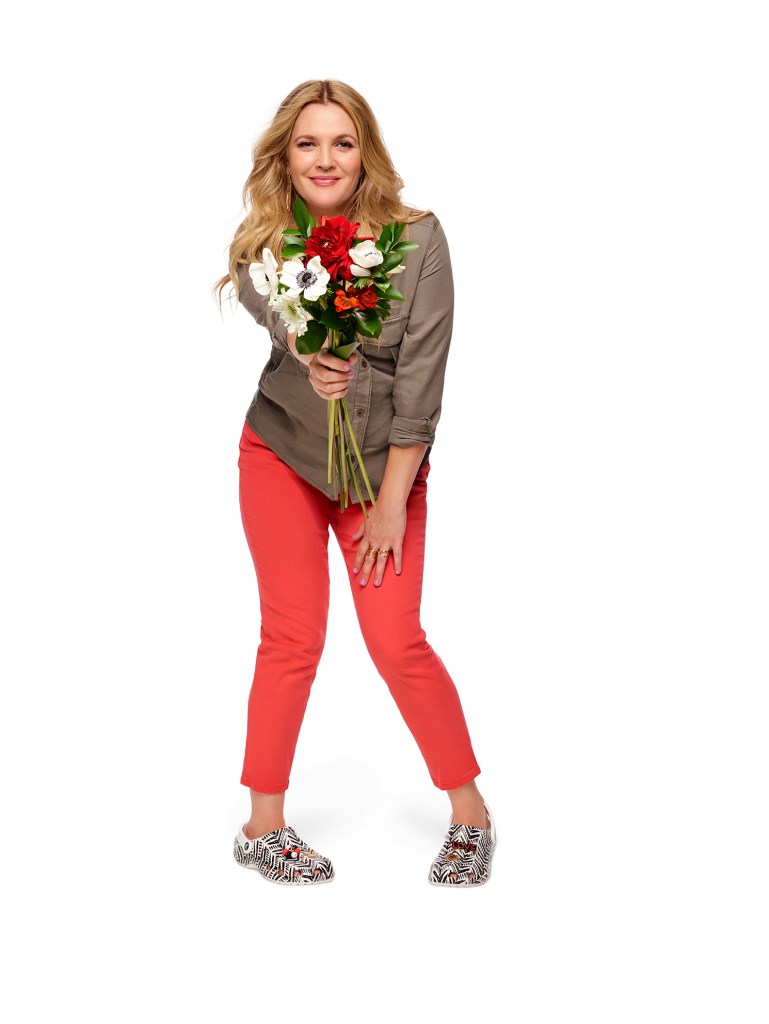 Barrymore’s unapologetic authenticity is why she supports Croc’s slogan “Come as You Are,” a self-affirming mantra that Barrymore has been telling herself for the more than three decades and is now passing on to her daughters. “I’ve always been ultimately myself, for better or for worse, highs or lows,” Barrymore says. “Growing up with everybody [watching me], I’ve always been very diligent about being exactly who I am because it’s very easy to get lost, and it’s tempting to be something that you’re not.”

I’ve always been ultimately myself, for better or for worse.

Having spent more than 30 years in the spotlight, Barrymore’s upbringing is no mystery to the public. After starring in Steven Spielberg’s “E.T. The Extra-Terrestrial” at age 7, Barrymore became an instant movie star. And though child stars have historically had a bad reputation for succumbing to Hollywood’s pressures, Barrymore suggests that growing up in the public eye prepared her for the business better than those who become famous as adults. “My life naturally went that way because I grew up in front of everybody,” Barrymore says. “At 6 and 7 years old, you’re not thinking that you should pretend to be something else. You’re a kid. You’re utterly yourself. I just stuck with that my whole life.”

Though Barrymore is happy with her own childhood, that doesn’t mean she wants her kids to follow in her footsteps. Though she’s open to her daughters acting when they’re adults (she admits that there’s already an interest), she doesn’t want them to sacrifice their “normal” childhood, the way she did.

“My childhood was a very unorthodox experience, but I loved every second of it and I wouldn’t change it for a thing. But as far as my kids are concerned, I just want them to be kids,” Barrymore says. “I wouldn’t want them working in TV and movies when they’re young. But if it’s something they wanted to go into when they’re older and teenagers and graduating, of course I would support it.”

Interestingly, Barrymore sees herself as more lenient than other Hollywood parents when it comes to her kids’ acting aspirations. “I’m sure being able to express myself so much when I was younger makes me so much more encouraging of my kids’ expressiveness,” Barrymore says. “But they’re not going to go to work at 4 a.m. to shoot a movie.”

Whatever lesson you want to bestow on your children, you have to live that yourself. 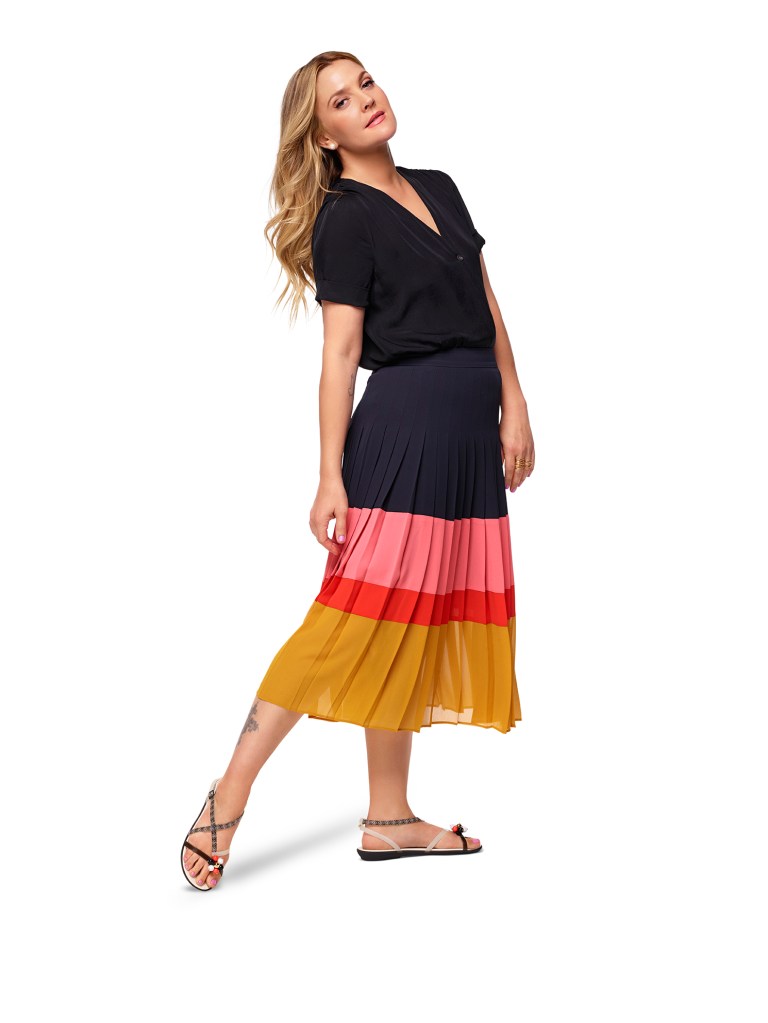 Another key parenting belief of Barrymore’s: walking the talk. She tries to teach her daughters to ignore societal pressures by being herself, no matter how many trolls might target her. “You can talk and teach until you’re blue in the face. But they watch what you do, so whatever lesson you want to bestow on your children, you have to live that yourself.”

And she admits that while she strives to set an example, she’s not immune to self-doubt or insecurities. “I’m the grown-up. I’m the parent. So I’m a lot harder on myself. I’m always telling myself, ‘It’s never enough. You have to be better,’” Barrymore says. “But I’m still telling myself to be me. I just want to be the best version of myself. I’m never like, ‘You should act more like this person or you should look more like that person.’ That has never come across in my personal, internal dialogue.”

If I had lived my life by approval, I’d be totally screwed.

One moment of public criticism came six months ago, when Barrymore cut her hair and put on her favorite lipstick in response to Instagram bullies. As a household name with more than 8 million Instagram followers, Barrymore is realistic about the fact that she’ll be judged. Still, she tries her hardest to block out the negativity and live her life for herself—not for media or even fans.

“It can’t all be love all the time. You have to remember that you’re putting yourself out there. You can’t expect 100 percent of approval back,” Barrymore says. “I’ve had to know that since I was a kid. It doesn’t mean that it’s always easy. Why wouldn’t people want approval? But, no. If I had lived my life by approval, I’d be totally screwed.”

Though Barrymore faces angry trolls all the time, she doesn’t hold anything against her haters. In the same way that she accepts herself, she tries to be accepting of everyone else, too. “That’s exactly what we’re supposed to do: like each other for who we are and like ourselves for who we are,” she says. Hey, if that’s not an example of walking the talk, we don’t know what is.