If you’ve already listened to Views so many times that you need another Drake fix already, never fear: He did an hour-long interview with Zane Lowe on OVO Sound Radio late last night, and he went deep. Drake discussed everything, “whether it be in love, in life, in this business, L.A. versus Toronto,” and it’s very highly listenable. But if you don’t have an hour to kick back with Drizzy, these are the highlights from the conversation.

🎧  He Doesn’t Do Much to Quell the Rihanna Rumors

When Lowe asked who’s on the new record, Drake name-checked RiRi first. “Wouldn’t be a record without Rihanna,” Drake said. “You guys have a rich collaborative history,” Lowe said. “Yes,” Drake said, and you can almost hear the smirk in his voice. “We do well together as a team.” And then he shook himself off and started shouting out everyone from Popcaan to Future.

Later, he spoke more pragmatically. “It’s tough to do, like, guy-girl collabs without there being …” Lowe broke in, “Especially with you two, man,” mentioning the chemistry they have. Drake took it in stride. “There’s something genuine. We’re not, like, forcing some story on people. A lot of the music that we make and the energy that we bring is genuine. We have a lot of genuine energy between us.” “Yeah,” Lowe said. And then they both lost it. “We have a genuine energy,” Drake laughed. Mmm hmm.

🎧  Everything Is Real on the Album

“I wonder how deep you allowed yourself to go on this record, given that it was about your home.… Did you leave it all in the room?” Lowe asked. “I always do,” Drake said. Calling the album “a constant stream of my emotions, whether it be in love, in life, in this business, L.A. versus Toronto,” he added, “I’ve had my share of moments where it’s gone too deep and I had to deal with it after.… I’m a very honest person. I can’t write fiction. I can’t really do these sort of, like, themed story-songs that are just, like, a story about someone else that I either made up or … it all has to do directly with me, or else I can’t do the music.” So—none of that Lemonade is-it-real-or-fake speculation. If he sings it, he’s lived it.

Basically, Kanye West and Drake have the BFF friendship you had with your next-door neighbor growing up. “We live up the street from each other, so, on any given night … they’ve come in my room, been like, you know, ‘Ye’s in the kitchen with your mom, says he’s here to work.'” Saying that West is “one of my favorite people, period,” and adding, “I love Ye,” Drake said it’s “just amazing to be able to be his friend.” Fanboy alert! And then he started a fire: “We were supposed to do a mixtape together, an album together. Maybe we’ll get that done.” And a collective breath was drawn in and held across the world. 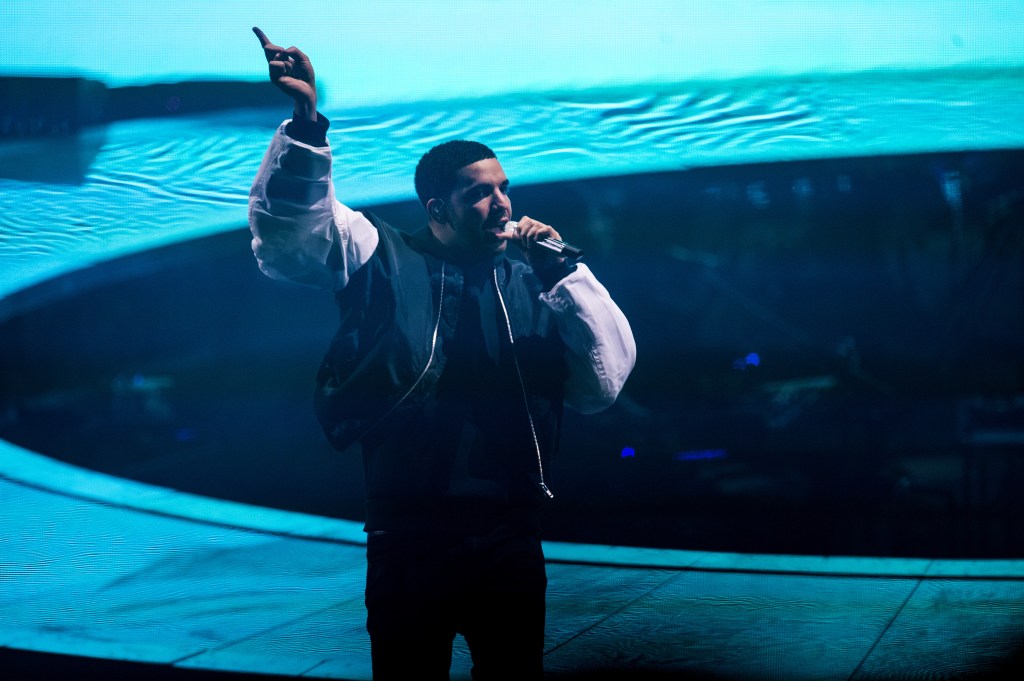 Lowe broached the Cash Money/Young Money drama, saying that Drake “came up at a time” with Nicki Minaj, Lil Wayne, et al., and pointing out that they were “instrumental in helping you establish yourself, giving you that support.” Then he asked Drake to address the “tough times.”

“Um,” Drake says, and the longest pause of the interview ensues. “I’m a person who’s very grateful for all of the names that you mentioned, specifically Birdman and Wayne. It’s tough.… I have a mutual respect for both guys, and I pray every day that it gets worked out and we all find an amicable place again one day.”

Re: Minaj: “I don’t really talk to Nicki. Again, another person that I have a lot of love for. A lot of love and a lot of respect, not only for our past and how much work and time we put in, but even just the way she dealt with the situation at hand, you know—I understand what love is, and I understand her personal situation. She dealt with me how I would expect her to, which was with class, and I could only ever do the same.… Unfortunately, we haven’t spoke. It is what it is, even if we don’t speak.” Very diplomatic, Drake.

Lowe asked how Drake can have a normal relationship with his mom amidst his superstardom and the gossip that comes with it. “It takes a lot of reassurance,” Drake said. He said that he and his mother call the latest “talk” about him “the pasa.” (Like que pasa?) His mother’s best advice? “My mom’s thing is the 72-hour rule.” When gossip started getting to him in the beginning, Drake said, “My mom said to me, ‘You know what? You’ll go to sleep tonight, you’ll wake up, and it’ll still bother you, then you’ll go to sleep again, you’ll wake up and it’ll bother you a little less, and then, on the third day, you’ll wake up and someone else will have done something stupid enough that everyone will forget.… I’ve learned to control my emotions for those first two or three days.” Mother always knows best, even when you’re Drake.

🎧  He Sometimes Goes Too Far with His Truth

“I’ve gotten the calls, or I’ve had the conversations with people that I love and respect,” Drake said. “Sometimes people have to tell you, like, ‘Yo, that was a bit much.'” But it’s all love, he added: “I never set out with malicious intention.” Mic down, Drake. Aaaand—BRB, back to Views listening.