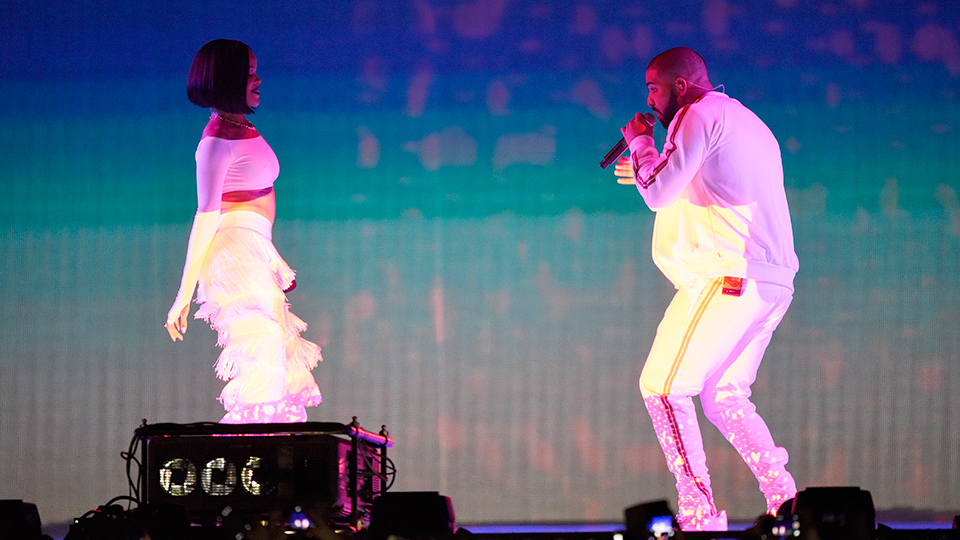 Is anyone else freaking out about “One Dance,” Drake’s new hit? He performed it live for the first time at Rihanna’s Toronto show last night, and it is everything. Even via a particularly lousy YouTube video, it’s fun to watch, and makes the upcoming album drop even more exciting (April 29, not that anyone’s counting down the days or anything). With dreamy female backups sampled from a Kyla song and an insane beat, this dancehall-y track is going to be wafting from windows all spring, heating up dance floors across the world.

Drake performed just the first minute of “One Dance” in his hometown last night before blasting into an energetic rendition of “Jumpman” (shout-out Taylor Swift!). Rihanna and Drake also got down to “Work” and performed with a bunch of their requisite grinding, inciting screams from the crowd (and, probably, more hook-up rumors). Rihanna preened about, Drake pulled some dorky slide-step dance move; business as usual. At the end, Drake asked the crowd to “make some noise for the greatest woman I’ve ever known in my life,” so that’s sweet.

“One Dance” is No. 7 on Billboard’s hip-hop/R&B chart right now, along with his other new single, “Pop Style,” at No. 4 (featuring Kanye West and Jay Z). To be clear, for those of you who subscribe to Apple Music, you’ll be able to stream Views from the 6, Drake’s new album, starting April 29. Everyone else will have to wait a solid week for the album to officially be released. Or will just watch it on YouTube a bunch. Either way, here’s the full audio for “One Dance” (below). Just try to listen just once. Just try it. This is Drake’s latest take on a potato chip of a song, and it’s nearly impossible to not hit the magical replay button as soon as the short song concludes.