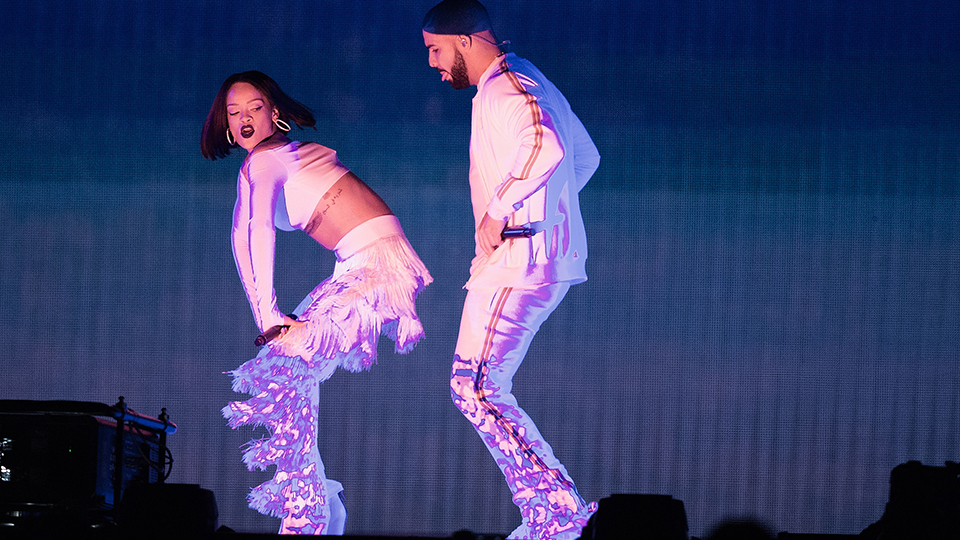 Behold, world: Your new icons of domestic bliss, bastions of traditional marriage, and beacons of hope for the nuclear family—Drake and Rihanna.

A report in the new issue of Life & Style reveals that the couple (who, last we checked, still haven’t confirmed that they are, in fact, a couple) are talking about settling down, getting married, and popping out some babies ASAP.

In fact, Hollywood Life‘s headline on the story indicates that they want to have a baby this year—which doesn’t exactly speak well for the Canadian and Barbadian sex ed curriculums, unless of course RiRi is already knocked up.

MORE: Drake Kissing Rihanna’s Neck on Stage: Reason 1,432 They Might Be Together

“Rihanna and Drake have talked about getting married and have even discussed eloping,” a friend of the pair told the magazine, adding that Rih has always wanted to tie the knot in her native Barbados. And while that ceremony would no doubt be bananas, the same “insider” clarified that the union would be more than just an occasion for the couple to grind on one another in formalwear.

“Rihanna is really close to her niece, and it’s made her realize she wants a baby soon … and Drake would love to be a dad,” said the friend.

Well, at least then all the people commenting “dad,” “daddy,” “dad i ❤️ u,” and “DADDY AF” on his Instagrams would finally be right about something.