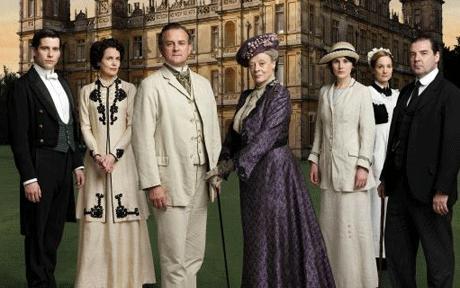 “Downton Abbey” fans take note: If you’ve been itching to dress like a Crawley sister, or fill your apartment with opulent 1920s-inspired pieces, looks like you’re in luck.

Gareth Neame, the executive producer of the hit PBS soap set in Edwardian England, has confirmed to CNBC that there indeed will be a “Downton” themed line of pretty much everything you can shove onto your body and into your home.

“We’ll be working across an entire range of products coming out this year. From fashion, apparel, and homeware and furniture to wallpapers, beauty products, and stationary,” he said.

Interestingly, the show—which has been a runaway success stateside—hasn’t released any official branded merchandise, although there was a ‘Downton’-inspired jewelry line that briefly lived on PBS’ website before getting pulled after the show objected.

A bit of a surprise, considering similarly zeitgeisty shows—think “The Sopranos,” “True Blood,” “Twin Peaks,” and even the original “Beverly Hills, 90210″—capitalized on its moment in time with loads of gimmicky trinkets

When the “Downton” collection will launch (and how much it’ll cost) remains to be seen but according to Vanity Fair, NBC Universal—which acquired the British television show’s production company, Carnival Films—has appointed Knockout Licensing with the task of creating the merchandise. According to its website, Knockout also oversees licensing for a both Boo (the “world’s cutest dog,” for the uninitiated), and “50 Shades of Gray.”