With two Disney Channel hits, “Liv and Maddie” and “The Descendants,” and more than 17 million Instagram followers, Dove Cameron felt the pressure to become a role model from the moment audiences met her. But she didn’t always know how to be one.

Faced with the expectations of an image-conscious industry, Cameron initially mistook what it meant to be someone her fans could look up to with the idea of being perfect—which eventually led her to develop an eating disorder. “I’ve never said this before, but I had such a bad case of anorexia. I was so badly down that hole,” Cameron tells StyleCaster at the launch of Tic Tac’s new gum in New York City. “I was not eating for days sometimes. But it was because I thought I needed to be absolutely tiny to be loved. I genuinely thought I needed to be as skinny as I possibly could to be loved and appreciated and good enough.”

I thought I needed to be absolutely tiny to be loved. 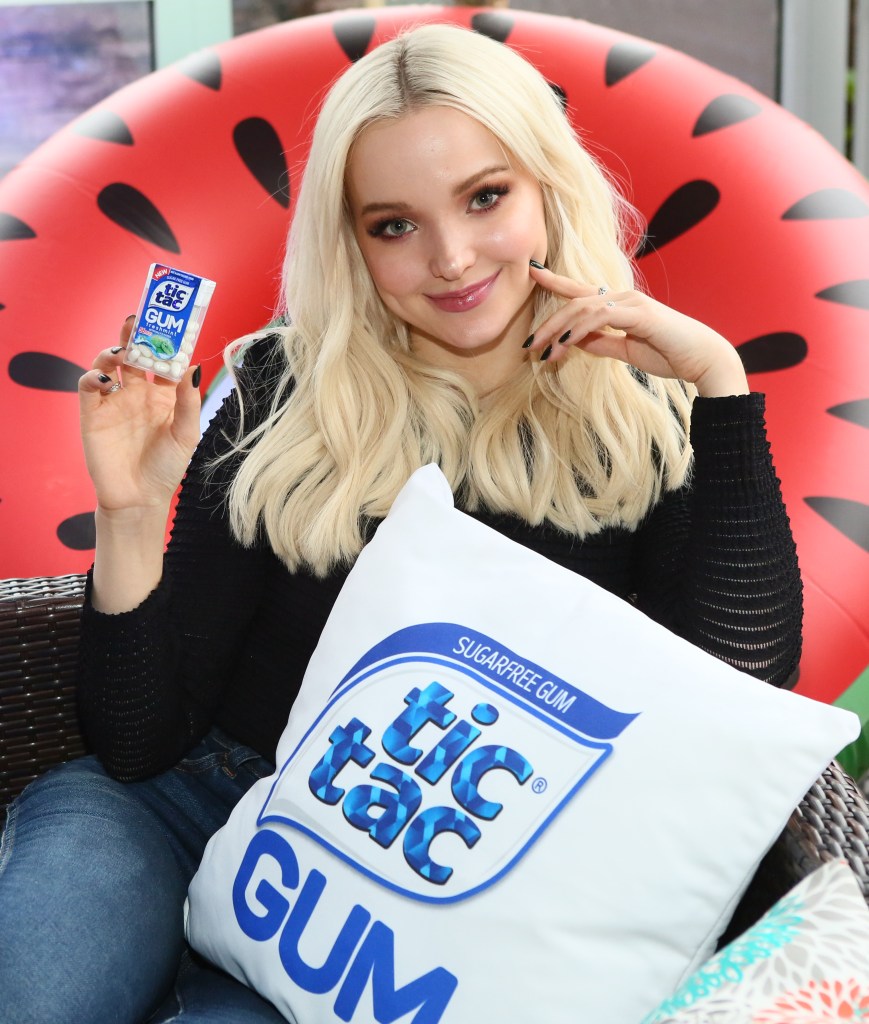 Of course, Cameron wasn’t the only one in Hollywood striving to meet impossible standards. She soon discovered that friends in her inner circle—many of whom were also on Disney Channel and had young, impressionable fan bases—struggled with disordered eating, too. “I started to watch some people that I knew personally go so far down the not-eating hole of trying to be so skinny,” Cameron says. “Because that’s such a thing in Hollywood. We never want to say it, but it’s such a big thing. Girls try to be as thin as possible. Not all of them, but a lot of them.”

It’s such a thing: Girls try to be as thin as possible.

A breaking point came when Cameron saw her peers give diet advice in interviews and on social media, telling young fans that the secret to maintaining their bodies was healthy eating and exercise. Upset that they were perpetuating unrealistic body standards and lifestyles, Cameron knew it was time to seek help and change her own habits.

“They were telling little girls that if they just watch what they eat and run that they will look like that and that they should look like that and that that’s the picture of health,” Cameron says. “It made me so personally upset. That’s a blatant lie. That’s not OK. That’s not a role model. I realized that if I was going to be a role model then I needed to live like the girls that I needed when I was young.” 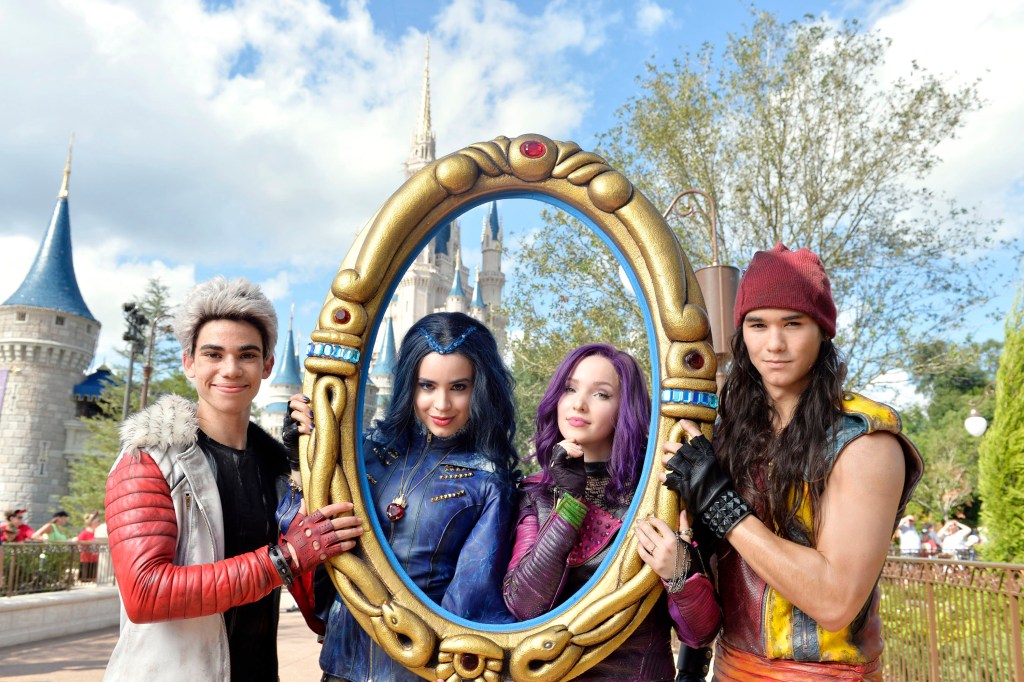 MORE: How ‘This Is Us’ Helped Hannah Zeile Overcome Her Body Insecurities

Though Cameron admits that she’s had “human screw-ups,” she confirms that she’s in a healthier and happier place. She’s aware that people on Instagram might criticize her for gaining weight and not being the same size as she was a few years ago, but she no longer has the bandwidth to handle the negativity.

“I’ve worked really hard to maintain health and a normality,” Cameron says. “And if someone wants to go on my Instagram and tell me that I am not as thin as I used to be, or I have a zit here, I don’t care about what that angry person has to say. What’s important is the freedom and the quality of my life. As long as my life is happy and healthy, so is my worldview.”

If I was going to be a role model, then I needed to live like the girls that I needed when I was young.

Now, instead of striving to be perfect, Cameron wants her fans to know that she’s the opposite of that, which is why she’s also been open about her struggles with anxiety and bullying to show that everyone, even celebrities, has issues. “We’re in this weird phase right now in society where we’re like, ‘La, la, la. None of us has any issues, but just kidding, we have all the issues!’” Cameron says. “I think it’s so much more important for me, for my young fans, for other celebrities to normalize something that can help so many people than it is to hide under the guise of having a perfect life. How boring is that? I don’t want to live under that pressure. I don’t want to be dishonest. I don’t want to say, ‘I’m so happy and everything is fine.’” 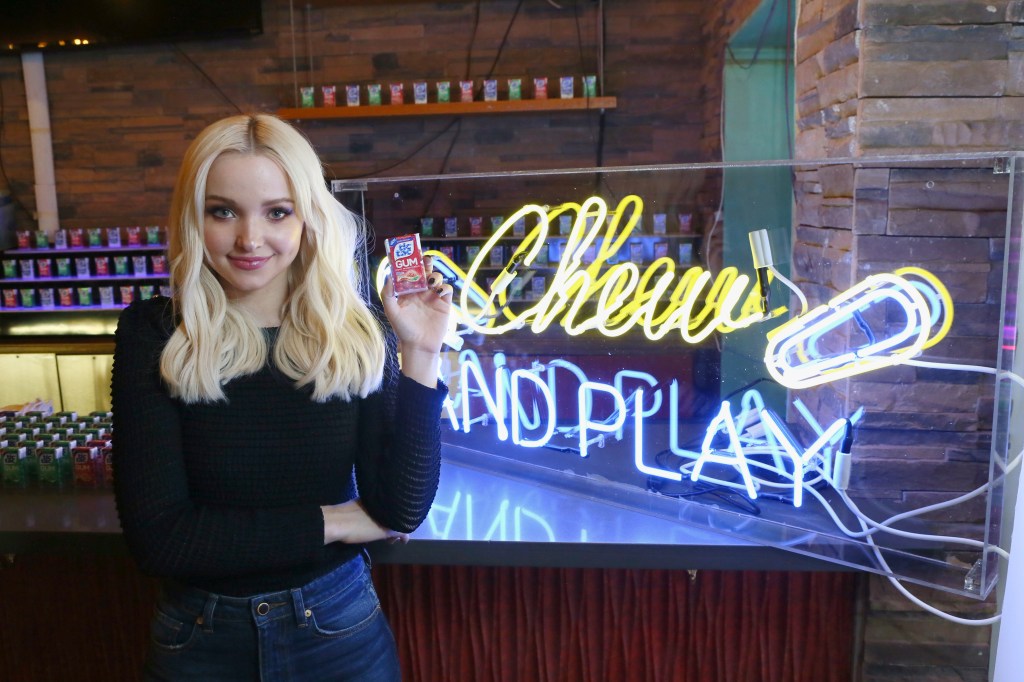 Though she’s years away from becoming a mom, Cameron is already considering the type of role model that she wants her future kids to look up to, and it looks nothing like the front she used to put on. “One day, when I’m a mother, the person that I want my daughter to look up to is somebody who is so utterly human, so imperfect, so honest, and so bare and present to the human qualities of themselves that nothing can touch them,” Cameron says. “I don’t want somebody to be perfect and never mess up.”

I became a good role model the day that I didn’t try to be a role model for young girls.

Though Cameron understands that millions of people look up to her, she also understands that it’s healthier—for her and her fans—not to focus too much on living her life according to how it looks to outsiders. “I became a good role model the day that I didn’t try to be a role model for young girls or what the mothers of young girls wanted me to be,” Cameron says. “But the day that I gained so much independence was when I wanted to be a role model for myself.”