“If you’re a young woman watching Don’t Look Up and you see Jennifer Lawrence as a crazy person who has a bag over her head, it’s discouraging. That’s me, I’m going to get a bag put over my head!” says Manvi Bhalla. Bhalla—a 24-year-old and the cofounder of Shake Up The Establishment, a Canadian climate justice organization—is part of a new generation of environmental activists under 25 who will bear the brunt of the climate emergency. Like many environmental activists, Bhalla was eager to see Don’t Look Up, Netflix’s science fiction movie about two astronomers who attempt to warn the world about an incoming comet set to destroy human civilization.

“Something that’s really powerful about this movie is that they simplify the problem and use an analogy. It’s palatable for the general public who aren’t already passionate about climate change,” says Bhalla. “It eases people into seeing those parallels without forcing them to. A big part of climate change that holds necessary action back is the perceived polarization of the issue.” Bhalla also commended the movie for the way it shows how scientific phenomena, like climate change or an imminent comet, can transform into political lightning rods. For her, Don’t Look Up crystallizes global warming—a complex issue that isn’t easily visualized—into the simple narrative of a comet coming to earth.

Gaia, a 19-year-old climate activist from the United Kingdom, complimented the movie for its portrayal of the media response to climate change. “The media is so focused on constantly creating content that it doesn’t focus on something specific when it should!” says Gaia, who runs the sustainable fashion Instagram account, @ssustainably. The climate crisis is a huge problem that needs to be center stage, but it’s often cluttered alongside other news.” She noted how realistic it was for the scientists in Don’t Look Up to be overshadowed by news stories about celebrity musicians.  She also praised the accurate portrayal of the news cycle’s emphasis on clicks, monetization and uplifting stories. 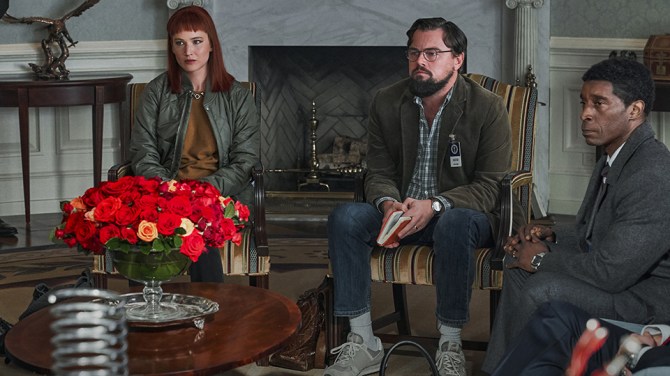 “I think the fact that people are more willing to listen to celebrities and influencers over educated people who’ve done the work is definitely something I see in our daily lives,” says Kehkashan Basu, a 21-year-old and the founder of the Green Hope Foundation. Basu, an environmental studies student at the University of Toronto, also related to the frustration felt by the character of Kate Dibiasky (Jennifer Lawrence) in response to those not believing her about the comet. “The outburst that character has onscreen is very relevant to how a lot of people working on the ground feel”, she says.

When asked about the movie’s portrayal of intersectionality, all three activists, who are based outside of the United States, slammed the US-centric narrative of the film. “Where’s the rest of the world? What about all the other countries? They’re so intelligent, they have so many contributions, and they bear the burden of the climate emergency”, asks Bhalla. “There was no consideration for non-Western countries and perspectives. There was one clip of an Indigenous person, and that was their only representation, despite them having so many contributions of land stewardship over decades.” For her, excluding other countries was a glaring omission. Bhalla is currently researching the inclusion of Indigenous, racialized and gender diverse people in environmental decision-making at the University of British Columbia. In her research, she found that marginalized populations are disproportionately impacted by the climate crisis. She wants to see more stories that show how climate change affects different populations. 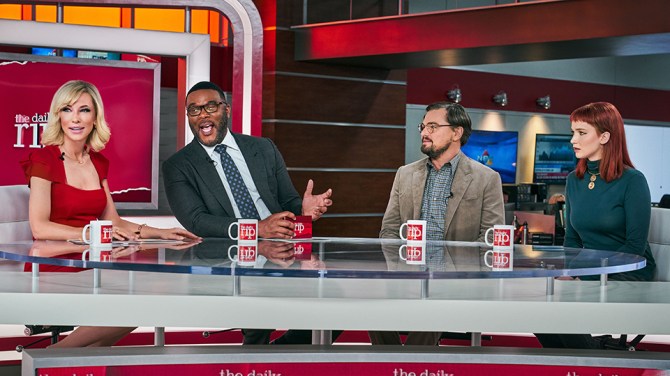 Bhalla did praise the portrayal of the gender and age dynamics between the two scientists. “When I saw Jennifer Lawrence’ character, a younger woman, portrayed as the emotional, aggressive one, it reminded me of how Greta Thunberg is seen by some. I know climate organizers who get slandered like that. They’re often women,” she says, adding that she’s also heard misogynistic and ageist comments when she has spoken about the climate crisis. “Leonardo Dicaprio’s character [Dr. Randall Mindy] and she both have the same opinion. But if he polices his tone, he is fine. Also, he’s an older guy, so reporters immediately went to him for commentary.”

Gaia also thought that the movie’s US-centric focus was disempowering. “It’s so easy to blame America. Obviously, people in power are the people most equipped to make changes. But then it can feel like a ‘them’ problem and can make us think that, since we’re not in the US, we don’t have as much responsibility”, she says. She also criticizes the portrayal of the United States as the ultimate savior of the world. For her, western countries like the U.S. still have a lot to learn from other countries that live in a more sustainable way.

“In the movie, I really felt that the only source of power that could take action was the government, specifically the US government. But this is a big global problem that is ongoing,” says Basu. “Change is not just up to one Western government. My work on feminist climate justice shows that the impacts of climate change vary in different parts of the world, particularly for vulnerable communities, women, women of color, and small island nations. There is a lot that can be done by civil society, private sector, governments and human beings.” 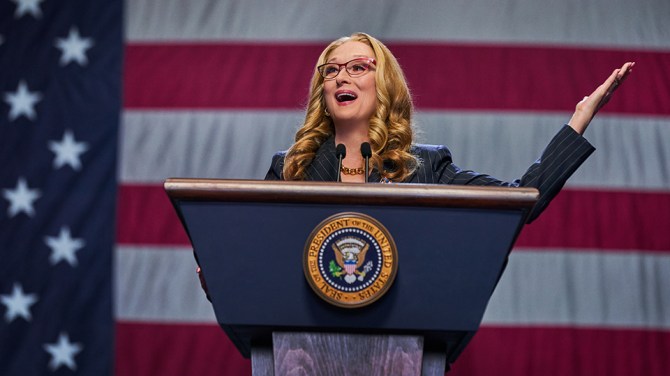 For the last 15 years, Basu has worked on the ground. She has seen firsthand how powerful actions taken toward environmental change can be. “Our organization has worked in a lot of communities that are extremely affected by climate change. We’ve installed solar infrastructure and provided them with climate literacy education”, she explains. When she was 11 years old, she wrote a book titled The Tree of Hope that chronicles how a group of young people turned their village into a green oasis. For these reasons, Basu strongly believes that everyone has a collective responsibility to solve this crisis “instead of just putting the blame on the US government”.

All three climate activists highlighted the importance of moving away from the doom-and-gloom approach that the film takes. “If I were to make a movie, I would center climate futures and focus on climate dreaming. I would explore what kind of world we want,” says Bhalla. Her organization is already working on a documentary on land conservation in Ontario centering Indigenous and racialized voices. “I think this is critical, because to me, a lot of the problems associated with climate change have root causes tied to capitalism, a Western concept”, she explains of her intersectional approach. “There might be solutions we just never give time of day to because they just do not have that power and the privileges that come with being associated with major Western platforms.” 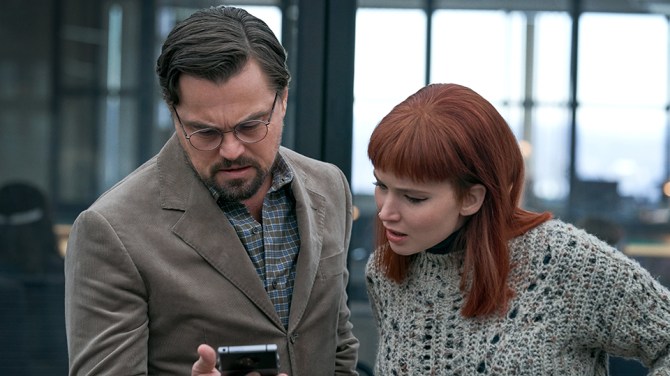 Gaia also emphasizes the importance of a global approach to the climate problem. “I would make a documentary where I interview different kinds of people around the world. It’s important to show Westerners, who are living in their own bubbles, people who are already feeling the impacts of climate change,” she says.

True to the name of her organization, Green Hope Foundation, Basu wants to focus on the importance of giving people hope. “Through my work, I want to show people that it is possible to slowly and steadily create a green and sustainable future for all. Sure it might take time, but at the end of the day, it should benefit everyone,” she says. “Systemic and individual action are both needed. I don’t want to play the blame game, I want to bring a very positive outlook that will give people hope that as individuals, they can take action.”

Don’t Look Up is available to stream on Netflix.