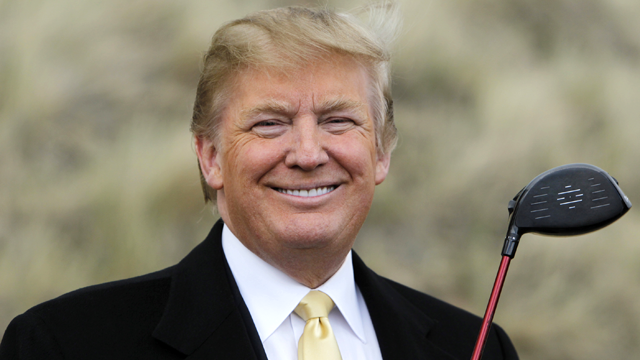 Shocker: Donald Trump is once again sticking his nose where it doesn’t belong: In Robert Pattinson and Kristen Stewart‘s relationship. The Donald took a break from perfecting his combover and hating Barack Obama to tweet:”Robert Pattinson should not take back Kristen Stewart. She cheated on him like a dog & will do it again–just watch. He can do much better!”

After his followers responded in an uproar, he tweeted, “Robert I’m getting a lot of heat for saying you should dump Kristen — but I’m right. If you saw the Miss Universe girls you would reconsider.” Using the relationship of 20-something actors to plug your beauty pageant? Classic Donald Trump. Also of note here: Trump famously cheated on his first wife Ivana Trump — so clearly there’s either a double standard at work here, or he’s implying that he’s a “dog” as well.

What do you think? Should Donald mind his own business — or does he have a point?