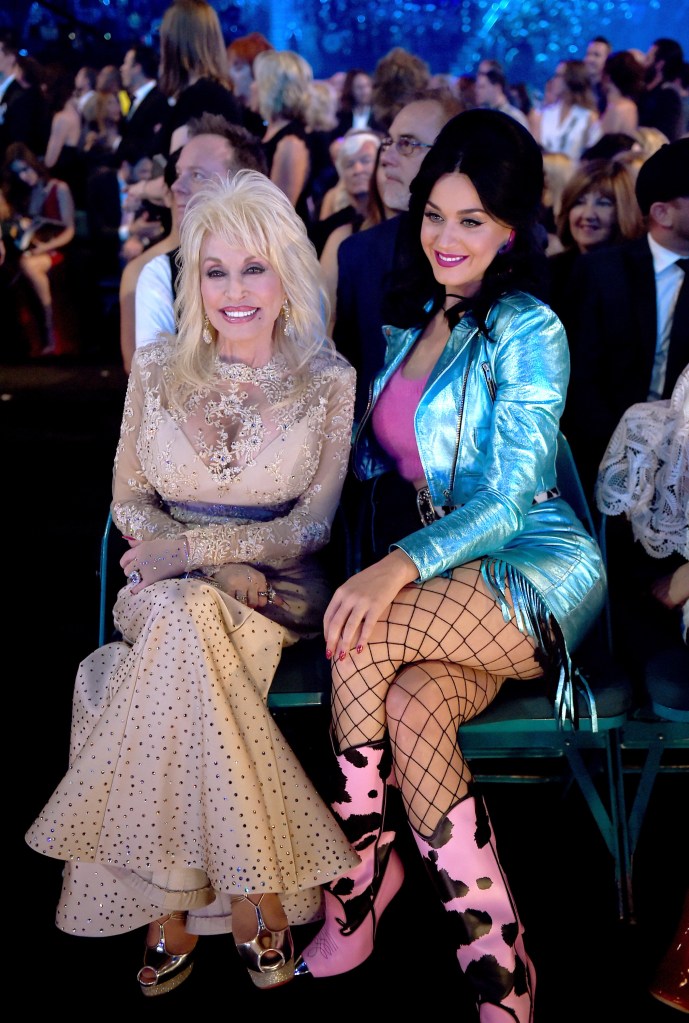 Last month, the World Wide Web went into flip-out mode when it announced that Katy Perry would be taking the stage at the 2016 Academy of Country Music Awards to perform a duet with Backwoods Barbie herself, the inimitable Dolly Parton.

The 70-year-old was honored with the Tex Ritter Award for her NBC television movie, “Dolly Parton’s Coat of Many Colors,” and performed the title track—one of her most personal hits—with an assist from Katy, but they also gave the people what they wanted and snuck “Jolene” in there. The result? A pretty epic mash-up.

While talking about the duet in an Interview in March, Dolly hinted her most famous song might be worked into the performance.

“We might even merge [“Coat of Many Colors”] and do a little bit of ‘Jolene,’ too,” she said. “We might kinda do some of both songs, ’cause I’m actually going to do a movie of the week on ‘Jolene,’ as well.”

That’s not all though: The performance ended with a Technicolor-set version of “9 to 5.”

Wearing rainbow-colored sequins and cowboy boots respectively, Dolly and Katy bopped around the stage like old pals, playing off each other like the pros they are, while pink neon lights and spinning clocks flashed behind them—clearly a Katy touch.

“MY PRAYERS HAVE BEEN ANSWERED,” Perry tweeted before the duet. “I shall remember though that I am but one sequin on this living legend’s costume!”