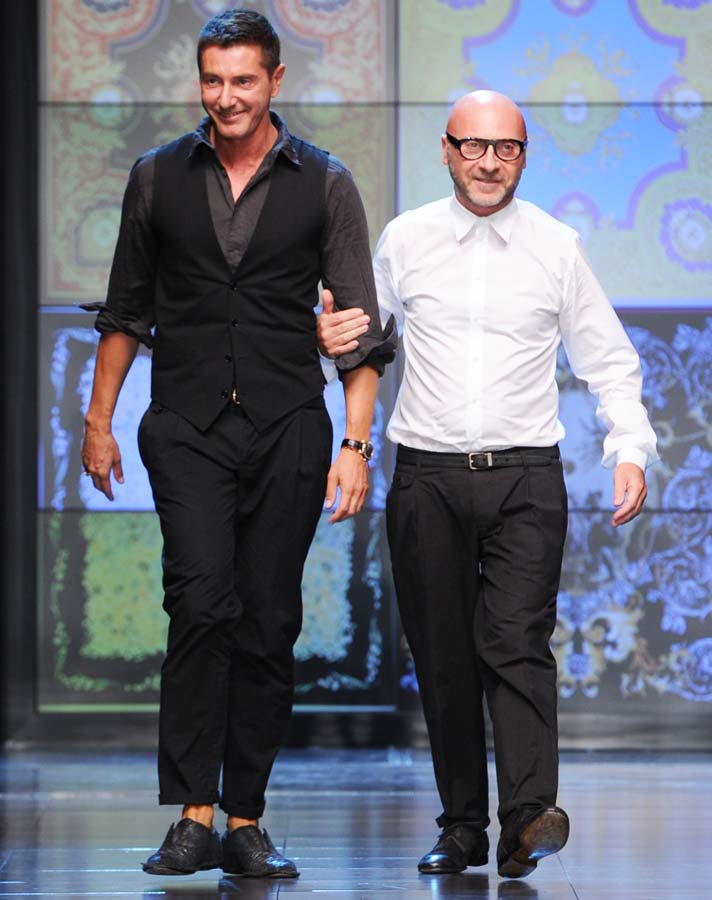 It appears Italian fashion designers Domenico Dolce and Stefano Gabbana have changed their tune about gay rights and surrogacy—in a very public way.

You’ll likely remember the hashtag #boycottdolceandgabbana appearing in your social media feed this time last year, after the brand landed itself in hot water by some insensitive comments about families with same-sex parents, and those who choose to use IVF.  Despite being gay themselves, the legendary fashion designers told Italy’s Panorama magazine that they “oppose gay adoptions,” saying, “the only family is the traditional one.” The pair pissed off a lot of people (Elton John included) by using the derogatory term “womb rental” for surrogacy, which is banned in Italy.

However, it’s a new year, and the designers have decided to join the rest of us in the 21st century by backing same-sex parents, releasing a collection illustrated with families of two dads or two moms and their children.

Photos of the new lineup, which includes a top-handle tote and classic white, gray, and black T-shirts, were circulated on Gabbana’s Instagram over the weekend. Unsurprisingly, followers were quick to notice, and the posts were met by a heavy level of cynicism, with many suggesting this move is a case of too little, too late.

One user commented “Volta&Gabbana” on a snap of the bags, a pun on the Italian phrase for “turncoat” (voltagabbana), or a person who switches sides on a cause. Gabbana simply replied “Yesss.” Another user wrote, “Trying to win back some customers I see,” while another angered follower commented; “a REAL appology [sic] to the gay community is in order!”

Cynicism aside for a moment, it has to be acknowledged that this an important time for the designers to throw their support behind same-sex families: Right now in Italy there’s fervent opposition to a bill before parliament that’s chasing limited rights to same-sex and unmarried heterosexual couples and will give gay people the right to legally adopt their partner’s biological children. Those against the bill are concerned this will open the floodgates to more rights, including surrogacy which is illegal in Italy.

While it’s the first time that the Italian designers have endorsed same-sex families, it’s not the first time parenthood has been a theme for the brand. During Milan Fashion Week last March, the Dolce & Gabbana runway celebrated motherhood with a show named “Viva la mamma!” that saw models—some pregnant—walk the runway with their children and babies, while “Mama” by the Spice Girls played. Perhaps the new same-sex line will lead to a more open-minded interpretation of families hitting the brand’s Fall 2016 runway in Milan next month.