If you’ve watched the original movie, you may be wondering why Natalie Wood doesn’t sing in West Side Story and who sang for her.

West Side Story—created by Jerome Robbins with music by Leonard Bernstein and lyrics by Stephen Sonndheim—premiered on Broadway in 1957. Inspired by William Shakespeare’s play, Romeo and Juliet, the show is set in the mid-1950s in the Upper West Side of New York City and explores the rivalry between two teenage street gangs, the Jets and the Sharks. The Jets are a white gang, while the members of the Sharks or their families are from Puerto Rico. The musical follows Tony—a former member of the Jets and the best friend of the gang’s leader, Riff—fall in love with Maria, the sister of the leader of the Sharks, Bernardo.

After its debut on Broadway, West Side Story went on to run for 732 performances and be nominated for six Tony Awards, including Best Musical, in 1958. A movie adaptation of the musical, starring Natalie Wood as Maria and Richard Beymer as Tony, was made in 1961. The film was nominated for 11 Oscars and won 10, including Best Picture. A second film adaptation, directed by Steven Spielberg and starring Rachel Zegler and Ansel Elgort as Maria and Tony, premiered in December 2021.

Does Natalie Wood sing in West Side Story? 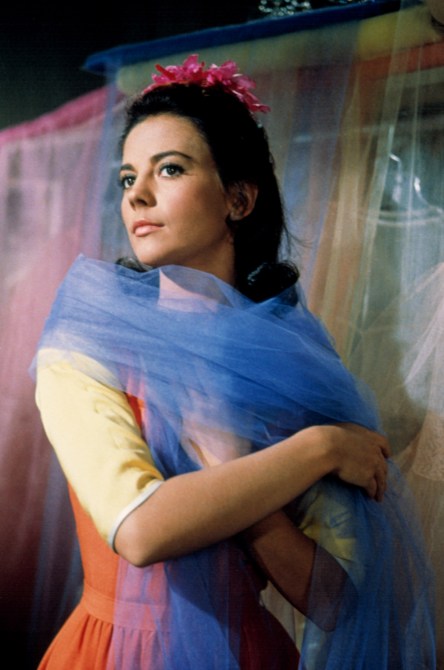 Does Natalie Wood sing in West Side Story? The answer is no. Wood, who played Maria in 1961’s West Side Story, was dubbed by actress Marni Nixon for Maria’s singing parts, which include songs like “Tonight,” “I Feel Pretty,” “One Hand, One Heart” and “Somewhere.” Wood recorded all of Maria’s songs in a studio with an orchestra, which were then re-recorded by Nixon, according to Nixon’s memoir, I Could Have Sung All Night. “Marni thought it was barbaric,” wrote Stephen Cole, who co-authored the memoir. “Because Natalie was not good and everyone would tell her she was wonderful, she was fabulous, knowing that they would not be using her tracks.”

According to the book, Wood knew that Nixon had been hired to sing in West Side Story but thought that Nixon would only sing the high notes that Wood couldn’t reach, rather than the whole movie. (Wood still performed the dancing and acting for Maria in West Side Story.) According to The Hollywood Reporter, Wood wasn’t told until the last day of production on West Side Story that her voice wasn’t strong enough for Maria and Nixon would sing all of the character’s songs. In her memoir, Nixon also revealed that she and Wood weren’t friends on set and that she had a better relationship with actresses like Deborah Kerr and Audrey Hepburn when she dubbed their singing voices in The King and I and My Fair Lady respectively.

Along with West Side Story, Wood—whose real name was Natalie Zacharenko and changed her last name when she started acting in honor of director Sam Wood—had starred in movies like Rebel Without a Cause, Gypsy, Splendor in the Grass, Sex and the Single Girl, Inside Daisy Clover and Bob & Carol & Ted & Alice. Wood, who started acting when she was four years old and had her first co-star role at the age of eight in Miracle on 34th Street, was nominated for three Golden Globes and three Academy Awards throughout her life, including for Rebel Without a Cause when she was a teenager.

Wood had been married three times. She was married to actor Robert Wagner from 1957 to 1962. She then married producer Richard Gregson in 1969 and welcomed a daughter named Natasha with him in 1970. The couple separated in 1971 and finalized their divorce a year later in 1972. In 1972, Wood reunited with Wagner. The couple remarried in July of that year and welcomed a daughter named Courtney in 1974.

Wood died off the coast of Santa Catalina Island in California November 29, 1981. She was 43 years old. Wood was on a break from the production of what would’ve been her comeback movie, Brainstorm, with Christopher Walken. Los Angeles County Sheriff’s Department listed her cause of death as drowning and other undetermined factors.” In 2018, Wagner, who was in the same location as Wood when she died, was named a person of interest in the investigation of Wood’s death. The case is ongoing.

Who sings for Natalie Wood in West Side Story? 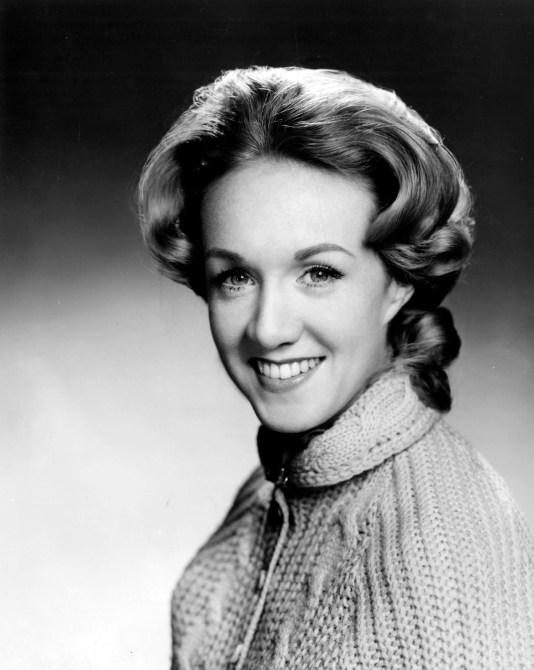 Who sings for Natalie Wood in West Side Story? Marni Nixon dubs Wood’s singing voice as Maria in West Side Story. (She also voiced Anita’s voice in “Tonight’s Quintet.”) In an interview with The Arts Desk in 2016, Nixon explained how she became a part of West Side Story. “The only thing I remember is that in previous films that I had done there was always a preliminary audition or something to see whether it was going to be right,” she said. “But in this they just called me and put me on a retainer, meaning that I had to come into the studio every single day and just punch in like a day player, I had no contract but they said, ‘Just stick around, we want you to help with the voice for Natalie Wood.'”

According to Nixon, Wood would first record Maria’s songs in the studio, which Nixon would re-record right after Wood was done. “It was very vague, the whole thing. But I came in and I wasn’t even able to get into her coaching lessons to hear her or see what she was like and how I was supposed to do the whole thing,” she said. “The coach that coached me played me some recordings that he had made of their coaching sessions so I could get some idea. I hung around and then eventually she recorded with the orchestra the complete songs of what she thought she was going to be doing. And then they asked me to stand up in the same session and record with the orchestra. They said they were going to combine those tracks. She recorded the whole thing to her own track, thinking it was going to be her voice with some of the high notes by me. But then they told me they were going to throw all that out, which they did after they filmed it all. And then I had to come back.”

Nixon revealed that she wasn’t told she would dub all of Maria’s songs until after West Side Story was finished. “After the film was finished I had to then dub in my voice to everything. It ended up being totally my voice,” she said. “The problem was that they knew they were going to do this switch eventually somehow, but they didn’t pay attention to the fact that sometimes she wasn’t really in sync with the soundtrack, so sometimes there were shots in the movie where her lips were out of sync.”

She continued, “So they said, ‘Marni, when you re-record you have to fix that up.’ I kept saying, ‘How can I if I have to be with her lips, and yet her lips are not in sync already?’ They said, ‘You’ve got iron nerves, you fix it up.’ So on the long shots I was with the orchestra track, even though I was not with her lips, but on the close-ups I had to be with her lips and hedge a little sometimes. It was very complicated but we got through it, and it was fine, and in the end I really had to do some of her voice acting too.”

She also revealed that she saw Wood once after filming ended at a press event for West Side Story, where she was cordial with her. “I did see her afterwards, not for months and months and months after the picture was out, at some other interview, and she nodded to me and said hello, but she was very cool. She didn’t say anything overtly nasty, but she had been quite upset of course,” she recalled.

As for Wood’s singing voice, Nixon explained that her co-star’s voice was “good” for a pop song but not where it needed to be for a musical like West Side Story. “She was good if you were doing like an ordinary pop song or something live where it wasn’t being recorded so specifically. Her voice didn’t have quite the core to it that is needed to do a Bernstein score, which is very complicated and has to be done in the exact right pitch; the notes have to be held as long as they’re written,” she said. “Her voice was a little wavery. But when they had her listening to her playbacks they kept telling her that she was absolutely wonderful, so I think she probably didn’t listen to herself very critically. She listened out of her ego instead.”

Nixon also slammed directors Robert Wise and Jerome Robbins and other crew members on West Side Story for not telling Wood the truth about her singing voice. All those people and the director. Everybody. It was mean of them, I think, but I guess it’s the only thing they could do. They were afraid she would walk out before the picture was going to be filmed,” she said.

Along with West Side Story, Nixon—whose full name was Margaret Nixon McEathron—was also a ghost singer for actresses like Deborah Kerr in The King and I and Audrey Hepburn in My Fair Lady. Wood has also voiced several Disney movies. She was the narrator in 1950’s Cinderella, served as vocals for the singing flowers in 1951’s Alice in Wonderland and was the singing voice of Grandmother Fa in the song “Honor to Us All” from 1998’s Mulan. She also starred as Sister Sophia in 1965’s The Sound of Music and provided ghost vocals for movies like Mary Poppins, My Fairy Lady and An Affair to Remember. Her most recent role was as Edna Dumas in a 2001 episode of Law & Order: Special Victims Unit.

Nixon was married three times. She married her first husband, composer Ernest Gold, in 1950. The couple had three children: Martha, Melanie and Andrew, who is a professional singer. After Nixon and Gold’s divorce in 1969, Nixon remarried with Dr. Lajos “Fritz” Fenster from 1971 to 1975. She married her third husband, woodwind player Albert Block, in 1983. The couple stayed married until Block’s death in 2015. Nixon died of complications related to breast cancer on July 24, 2016. She was 86 years old. Nixon had survived breast cancer twice in 1985 and 2000 before her third time with the disease in the 80s.

The new West Side Story is in theaters now and will be available to stream on Disney Plus in 2022. Here’s how to watch it for free. 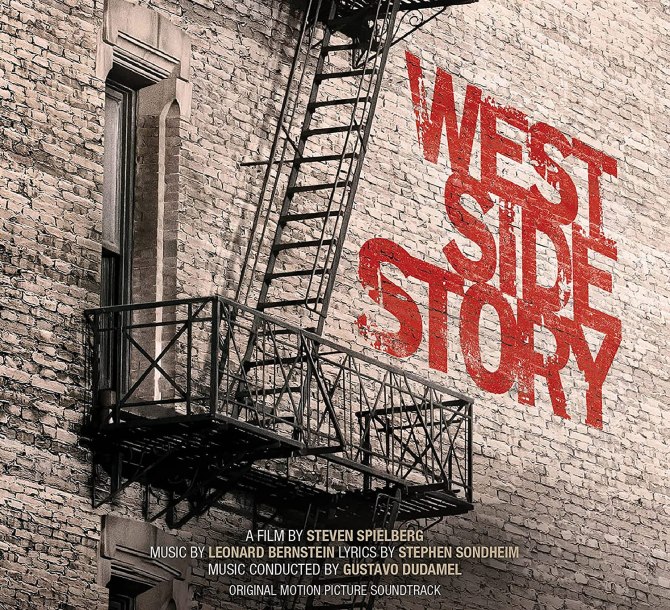