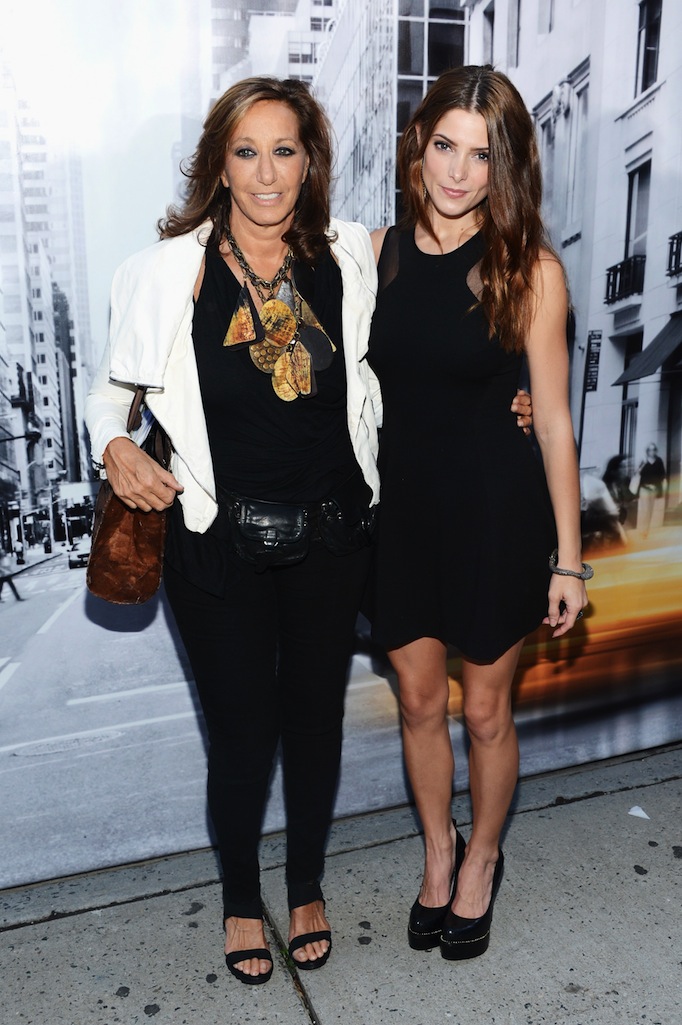 Fact: We’re unapologetic red carpet fanatics. Between the gowns, the glitz, and the glamour, there’s nothing better than watching celebrities waltz out of their limos looking flawless at high-profile events. Except maybe learning how, exactly, they managed to transform from any ol’ starlet to a best-dressed bombshell.

While behind-the-scenes details are usually kept under wraps, it seems Donna Karan‘s brand-new Facebook app, Celebrity Dressing 2.0, might change that by offering users a sneak peek into the inner-workings of dressing a celebrity for this year’s awards season exclusively in Karan’s breathtaking couture-inspired line Donna Karan Atelier.

“This app was really born from the interest my blind item award show tweets have generated over the years,” Senior Vice Present of Global Communications, Aliza Licht (aka @DKNY) told us today, when asked what sparked the app, which is being buzzed about  on Twitter as #DonnaKaranAtelier.

With the ability to track the lifeline of a gown from its first sketch to fittings to production to, ultimately, the big red-caret reveal, the app offers us a real glimpse into the process by which a celebrity is dressed for a major event. The catch? You won’t know which celebrities you’re tracking until they grace the red carpets they’re being dressed for.

“People love being a fly on a wall right?” Licht said, adding: “It doesn’t matter that you don’t know what the dress looks like or who Celeb X or Stylist X are, it’s a sneak peak into the inner workings of awards season from the view of Fashion PR.”

The app is live now, so go ahead and check it out, stat—the Golden Globes are right around the corner, people!