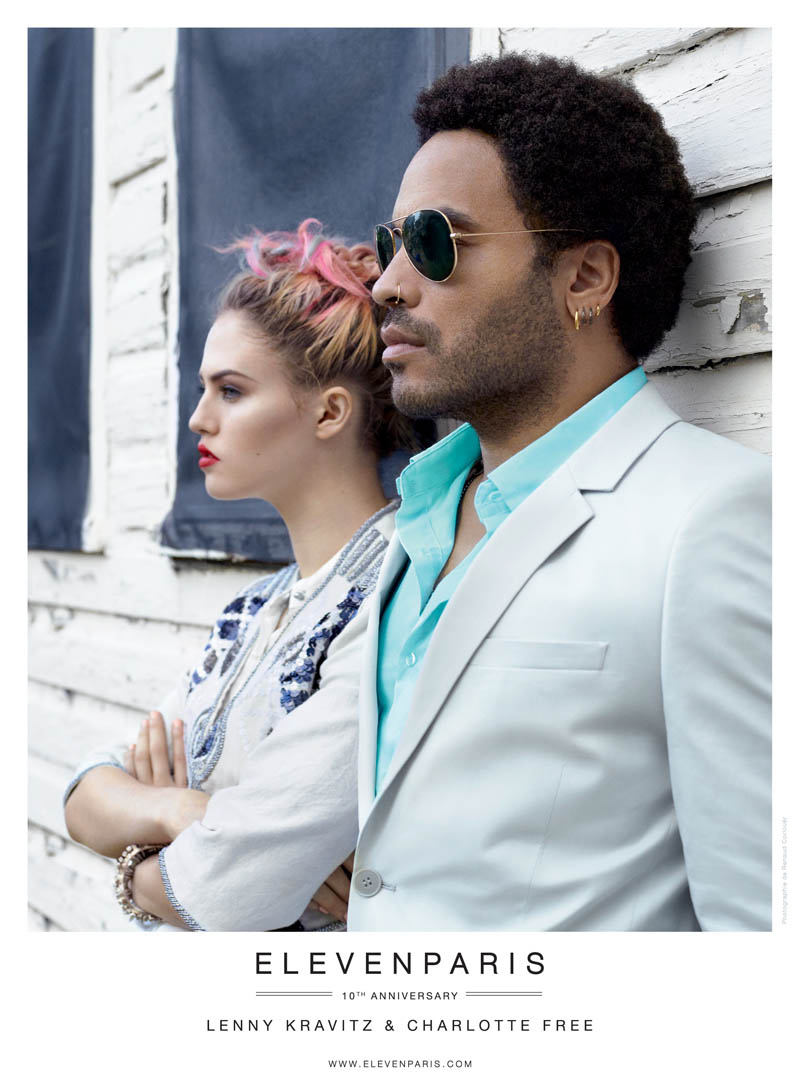 Today, we caught a glimpse of the 10th anniversary campaign for French contemporary label Eleven Paris, featuring Lenny Kravitz and model Charlotte Free—and an office discussion immediately ensued. We all agreed that Kravitz and Free make for an odd pairing, so we felt it necessary to dissect why the brand tapped these two to star in its most high-profile advertisements to date.

Eleven Paris does have a sort of “rock and roll” cache—the brand has five stores in the trendiest sectors in Paris, and their brand slogan is “Life is a joke.” Charlotte Free, known for her vibrantly colored hair, fits in perfectly with this carefree convention-defying image. For a model, the 19-year-old is as cool as they come—perfect for drawing an edgy, youthful crowd.

Meanwhile, Lenny Kravitz is the real question mark here. While his guitar playing skills and notable style definitely brand him a “rock star,” it seems strange that the 48-year-old would be the brand’s choice to appeal to a youthful audience. In America, Eleven Paris can be purchased via ASOS and at Urban Outfitters, both labels that specifically cater to fashion-interested young girls who probably don’t have Kravitz’s songs on their iPods (in fact, some may only know him from his bit role in “The Hunger Games”).

We get the brand wanted a musician to front the campaign—a fast-growing fashion trend, as Hedi Slimane recently tapped Beck and Sky Ferreira to star in his Saint Laurent campaigns, and iconic but wilting brand Keds is currently getting a major publicity boost from its latest face Taylor Swift—but we’re surprised they didn’t go with someone more relevant and more suitably matched to the teenage Free.

What do you think of the campaign? Is Lenny Kravitz relevant enough to sell cool Parisian clothes to young shoppers?