Haven’t watched Luca? Well, Amazon Prime Day’s Disney Plus and Amazon Fire Stick promotion may be the deal you’ve been waiting for.

But when you factor in a free deal with one of Amazon’s qualifying purchases, that’s almost $42 worth of TV subscriptions Prime Members get at no additional cost. As for the price of the Fire Sticks and Tablets, we break down those costs later, but the cheapest qualifying item is the Fire Stick Lite, which is on sale for just $17.99. A free three months of Disney+, Hulu and ESPN+ for a $17.99 purchase sounds like a steal to us.

For those who don’t know what the Disney Bundle is, let’s explain: The Disney Bundle includes subscriptions to Disney+, Hulu and ESPN+. Disney+, for those who don’t know, is Disney’s exclusive streaming service with hundreds of hours of Disney, Pixar, Marvel and Star Wars movies and TV shows including Loki, WandaVision, The Mandalorian and the newly released Pixar film, Luca. Hulu is one Hollywood’s best streaming services with hundreds of hours of TV shows and movies, as well as exclusive series like The Handmaid’s Tale, Normal People and The Great. ESPN+ is the premier service to stream live sports in high definition like soccer, baseball, golf and more without cable.

So, yeah, you want to take advantage of Amazon Prime Day‘s Disney Plus and Amazon Fire Stick deal. But act fast. Amazon Prime Day ends on June 22 at 11:59 p.m. PT (2:59 a.m. ET), so you’ll want to snag the deal while you can. Ahead are the best items to buy to score Amazon’s Disney Bundle for free. 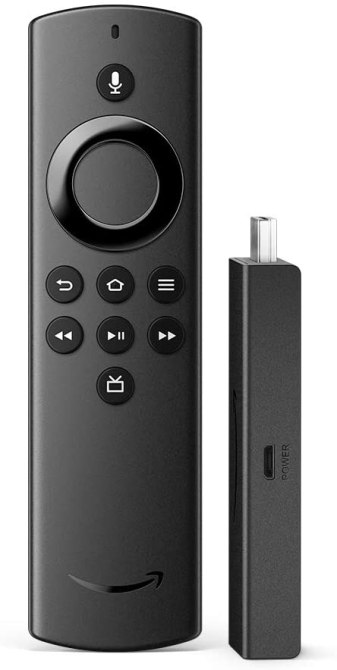 Amazon’s Fire Stick Lite, which is the cheapest qualifying item for the Disney Bundle deal, is on sale from $29.99 to $17.99. (That’s $12 less!) Customers can connect the device to their TVs and enjoy full HD streaming of more than free 20,000 movies and access to tens of thousands of channels streaming apps like Disney+, Prime Video and Hulu. The Fire Stick Lite also comes with an Alexa Voice Remote, which lets users search for content simply by using their voice. 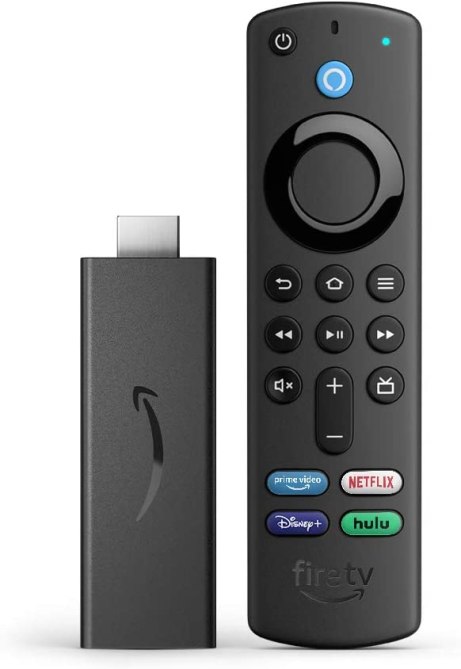 Amazon’s Fire Stick 3rd Gen is the second most affordable option to score Prime Day’s Disney Bundle. The Fire Stick has everything the Fire Stick Lite has to offer when it comes to streaming and Alexa’s voice functions, but is more powerful, faster and has better audio through the Dolby Atmos Audio system. The device is $17 off for Prime Day $39.99 to $22.99. 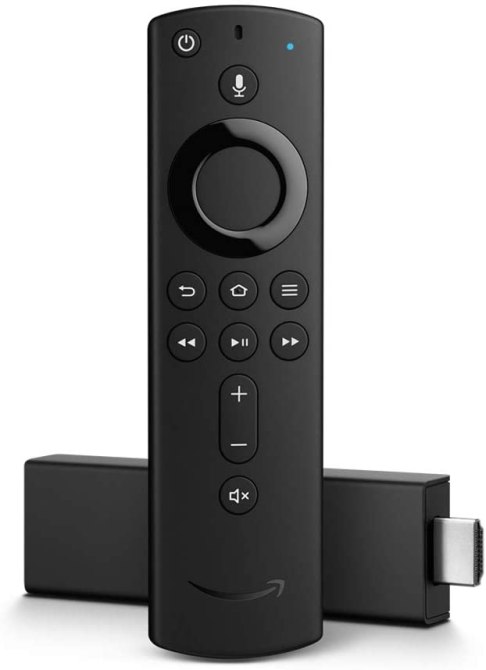 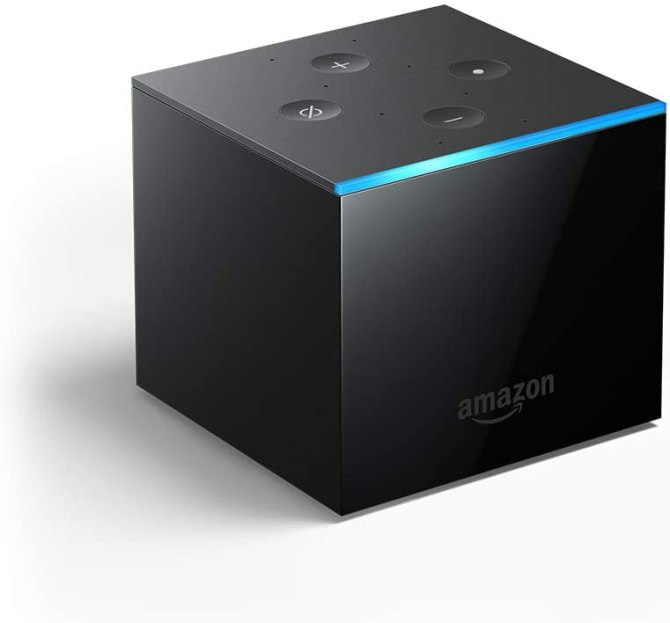 Amazon’s Fire Cube—which is on sale from $119 to $79.99 (a $40 savings)—is one of Amazon’s newest Fire devices. Not only does the device provide customers with the same functions as the Fire Stick 4K in terms of sound and picture quality, streaming options and Alexa voice functions, but the Fire Cube also lets users control other functions of their home through Alexa, such as turning on their TV, dimming the lights, changing live cable or satellite channels and controlling the sound bar. 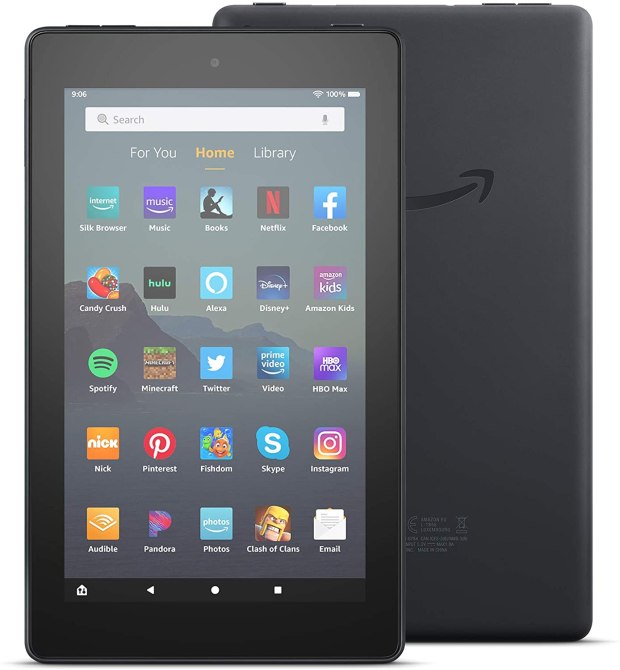 Already have a Fire Stick, Amazon’s Fire Tablet 7 is another option to score Prime Day’s Disney Bundle. The device is on sale for $49.99 (customers can also trade in their old devices for 20 percent off) and comes in colors like black, sage, plum and twilight blue. As for functions, the Fire Tablet 7 also has an Alexa, as well as lets customers use their favorite apps, check emails, make video calls and stream on services like Hulu and Disney+. 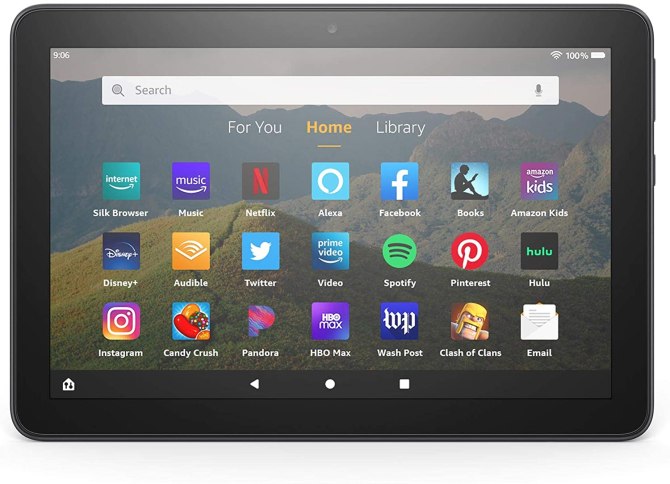 The Amazon Fire Tablet HD 8 has the same functions as the Fire Tablet 7. It just has better picture quality—and is $5 cheaper. The device is on sale for $44.99 from $89.99. (A $50 savings.) The Fire Tablet 7 also offers an 8″ HD display, and up to 64GB of internal storage or 1 TB with a microSD card. Oh, and a purchase of the tablet includes the Disney Bundle. 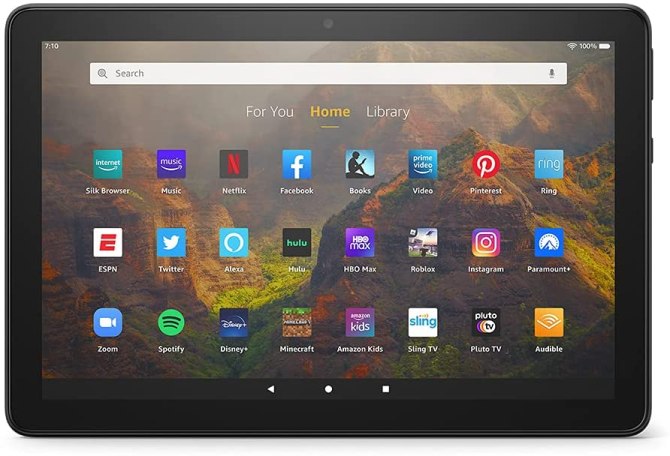 Amazon’s Fire Tablet HD 10—which is $70 off from $149.99 to $79.99—has the same functions as the HD 8 and the 7 when it comes to streaming and smart device functions, but the device is just faster and more responsive thanks to its powerfl octa-core processor and 3 GB RAM (which is 50 percent more RAM than previous tablet generations.) It also has a 12-hour battery and brighter display. Ten percent brighter than previous generations, to be exact, with more than 2 million pixels thanks to its 1080p Full HD display. Like all other devices on this list, the Fire Tablet HD 10 also comes with the Disney Bundle.