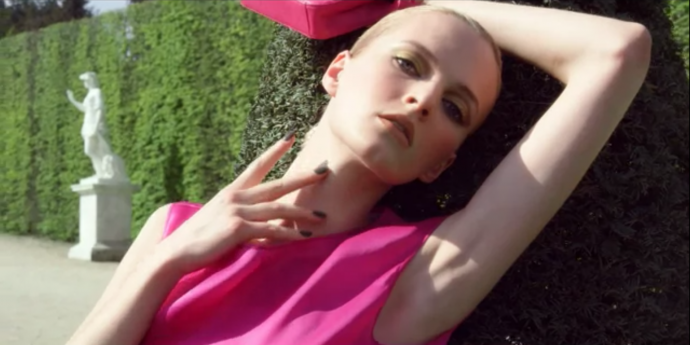 Even though we had our calendars marked for May 3rd, it looks like the folks over at French luxury brand Dior decided to set their brand new Secret Garden – Versailles video live one day ahead of schedule. Uploaded within the last half hour, Dior posted this fashion film onto their official YouTube channel, much to this editor’s delight.

For those of you that watched the teaser trailer posted on Friday from Paris, you already knew that we were going to be in for quite a stylish treat from super duo Inez and Vinoodh who directed the project — which was only enhanced by the fact that there was a Depeche Mode soundtrack involved. And as expected, the final cut of the video features the same exact Depeche Mode track (called “Enjoy The Silence” just in case you were wondering), along with some superbly stunning visuals.

And there’s no way anyone could hate on this clip — it’s filmed beautifully with the gorgeous Versailles scenery as a background and some well-cast PYTs (a.k.a. models Daria Strokous, Melissa Stasiuk and Xiao Wen Ju) that are dressed to the 1o’s (natch), front and center. Basically, it’s like looking at an extended animated GIF or a moving print advertisement, but then again, I guess that’s what fashion films are in a nutshell.

Pwetty girls; perfectly manicured nails; luxe Versailles; Depeche Mode; dresses dreams are made of — check out the ultimate eye and ear candy, thanks to the Dior maison down below: