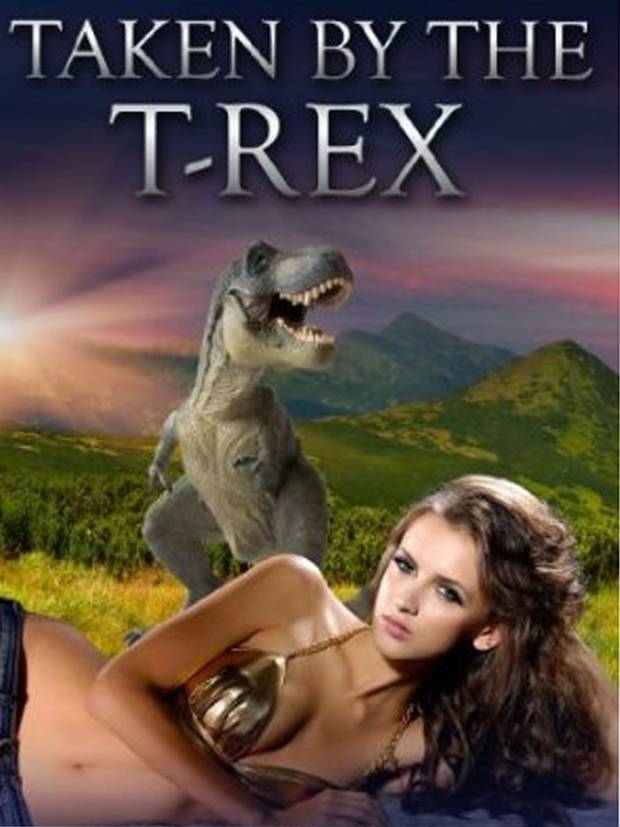 There’s not a gal among us who hasn’t seen the typical romance paperbacks whose covers feature burly Fabio lookalikes (or Fabio himself, actually) engaging in some serious bodice-ripping with medieval-meets-sexy women. Apparently though, there’s another similar—if less ubiquitous—subgenre of romance fiction that removes the Fabio character from the equation and replaces him with a … Tyranosaurus Rex? That’s right ladies, dinosaur erotica exists and it’s a thing.

The interview, as you’d expect, is totally amazing and entertaining, and here are two key things we learned:

1. There’s a big market for “monster erotica”
The authors said they did some research and found that a subgenre called “monster erotica” was starting to get popular, so they went to work using typical monsters in their stories—shifters (i.e. werewolves, which Branwen said she soon discovered weren’t considered “monsters” ), tentacle monsters, and dragons. Eventually, they got bored and thought the idea of dinosaurs having their way with women was really funny and unique.

Honestly, that’s just the tip of the iceberg, so head over to The Cut immediately to read the rest of the Q&A.

And if you’re curious what women who read dino erotica really have to say about it, there are plenty of impassioned reviews on Amazon. Here’s a little sample:

“It is very uncommon to find accurate depictions of dinosaur-on-woman sex. If, like me, you have found it increasingly difficult to satisfy your need to recount old times, then this literary masterpiece is for you. No other author has truly been able to both arouse and entice my intense desire to mate with a T-Rex as accurately and successfully as Christie Sims. I would not be surprised if this book outsells the Bible and brings about a new age of literary enlightenment.”