At this point, any seasoned ‘Sex and the City’ fan knows the title sequence by heart. We know the tutu. We know the pink shirt. We know the bus, and we feel Carrie’s pain as she gets splashed. But today, Sarah Jessica Parker posted a lost alternate sequence from the archives, and our minds are officially blown.

“Lost footage. The alternate and never used title sequence from ‘SATC,'” Parker posted. “A really nice memory.” In the footage, Carrie is wearing a fitted blue dress—no tutu or pink tank in sight. She’s strolling NYC, and behind her, men in dated business clothes flit about. She sees the side of the bus with her sex column ad on it—and trips. Then she regains her composure, lets herself smile about the bus ad, and walks on. Sure, it’s fine—but it’s so boring.

We can’t help but wonder how different things would have been if this had been the opening of SATC, instead of the iconic little skit that is emblazoned into the minds of pretty much anyone with a television for all time.

Honestly, the way it was is the only way we can imagine it. But it is fun to see an alternate sequence, even though we’re glad they didn’t go with this one. Happy Friday! 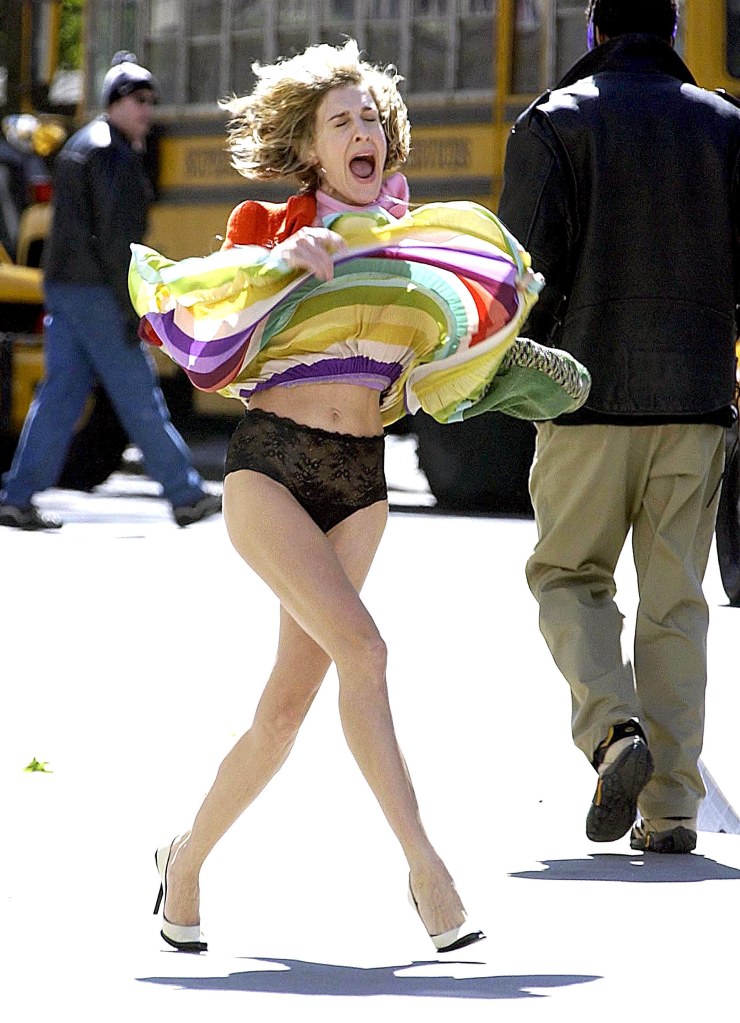