Right now, there are a lot of conflicting reports over whether or not Pete Davidson and Kate Beckinsale did actually break up. The couple met back in January at a Golden Globes event and have been spotted making out in numerous public locations since. Davidson even joked about his new girlfriend (and their 20-year age difference) during his Weekend Update segment on Saturday Night Live. Just one month ago they met each other’s parents. But has the pair has now called it quits?

An insider “familiar with the situation” told Entertainment Tonight that Pete and Kate are not longer dating. The source emphasized that the couple is planning to stay friends. “They’re still friendly but are not on romantic terms,” the source said. OK—so they are done. Oh but no no no no. Wait a moment. A different source for People is out there saying the opposite.

A source told the outlet that Davidson and his 45-year-old girlfriend are still together, but that they’re slowing their relationship down a bit. Hitting pause. Pumping the breaks, if you will. “Pete and Kate got super serious very fast but they’ve decided to slow things down a bit,” the source said of their relationship. “They’re still dating as of now.”

So now we’re stuck between a rock and a hard place because we don’t know what to believe. Are they together? Are they over? Are they just taking a break? Did they learn nothing from Friends? Breaks don’t work people! At least not if you don’t define the rules, amiright? Ross knows what exactly we’re talking about.

We Were On A Break - Break GIF from Jenniferaniston GIFs

Well, fingers crossed the couple can work it out. Maybe this is all a swirl of rumors, and they’re happily making out at a basketball game or public park right now. You never know! But actually, despite all the, cough *excessive*, PDA, they are actually pretty cute. 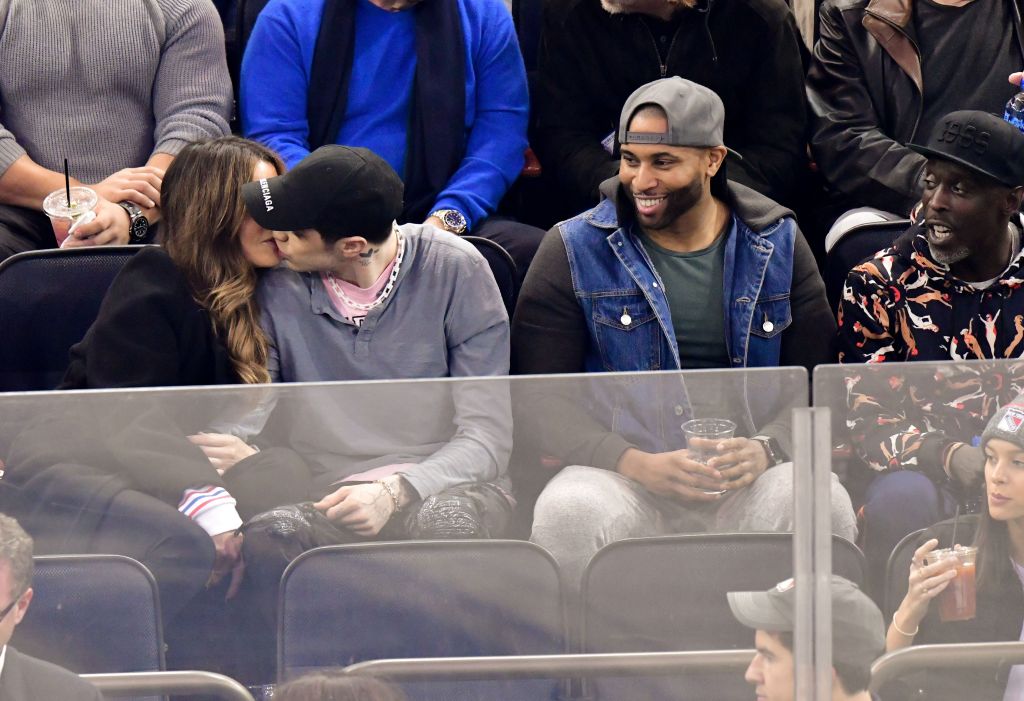 That guys on the right is their biggest fan.