Let me paint a picture for you. It’s a self-portrait (I’m not much of an artist so mind the stick figure). It’s a picture with pervasive societal judgment and disgust on one side, and ineffective routes to correct the problem on the other, and I’m in the middle, swiping on my phone. There’s no cozy place for me, just a sandwiching between things I don’t want, and can’t change. Single and actively dating women live between a rock and a dick pic. Perhaps you’ve been there? The weather is shit.

I’m a 37-year-old single woman who has been actively dating for 11 years. For the most part, I’m speaking of online dating, because heaven knows people haven’t met in real life since the late ’90s and I was but a teen at the time. I’ve worn down enough shoe leather walking to dates to be able to assess this garbage situation from a high-level view. I see what’s happening here, and the longer I see it happening the more I’m dedicated to finding a way out. You can’t blame me for waking up to the inherent unfairness of it all. For demanding more of life, and perhaps my dates, than has previously been afforded to me. I think I’m worth more. In fact, I know I am.

On the societal side, I’m considered sad, expired, back-of-fridge Tupperware contents because I haven’t managed to partner yet. And in the dating space, I’m considered just a buffet item in an endless smorgasbord of options, and I’m the dish that’s been under the lamp too long. It’s an endless multi-front struggle and the best part is that the harder I fight, the more I lose. Essentially, I’m in the shit. 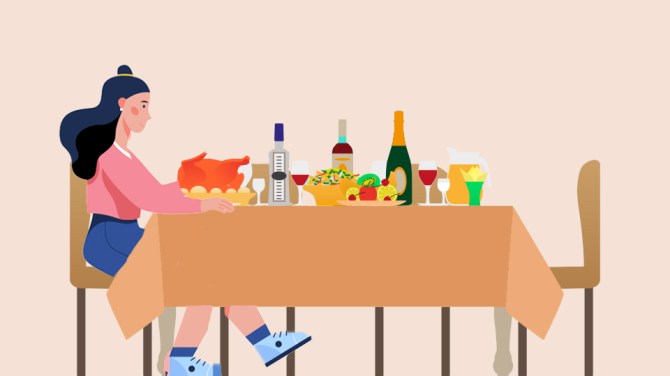 This place that single women over 30 live, with their naked emotions exposed to society’s judgment, and their fingers stuck in the door jam of online dating, must end. It’s a place that eats our self worth on toast and there must be a way out of it that doesn’t require male rescue. Because I’ve been chasing after that male rescue for over a decade and can confidently say to you that men are terrible at that particular job. On the other hand, it’s entirely possible that what’s really been happening is me giving too much power to a conglomerate of guys living in my phone to make me feel better about my single status. Just a thought.

I believe I deserve more than this stuck-in-an-endless-middle misery. It’s no way to spend a life, especially not a single one with all of its freedoms and endless space in the bed and total lordship over what to watch on Netflix. So I’ve decided to craft a way out.

We have to change the way society views and discusses single women. In my opinion, that starts with the way we view ourselves. If we see ourselves as lacking something (a partner) and feel a sense of unrest until we have one, we’re not doing our self worth any favors. This isn’t judgment by the way, I lived in the land of partnership pursuit for a decade, believe me when I say I feel you. But I don’t live there anymore, because that was a place that pushed me to feel like a failure in every direction. So I changed the way I saw my own singleness, and suddenly there was nothing society could do to make me feel bad about it. (Though it certainly tried, my god the egg freezing ads.) 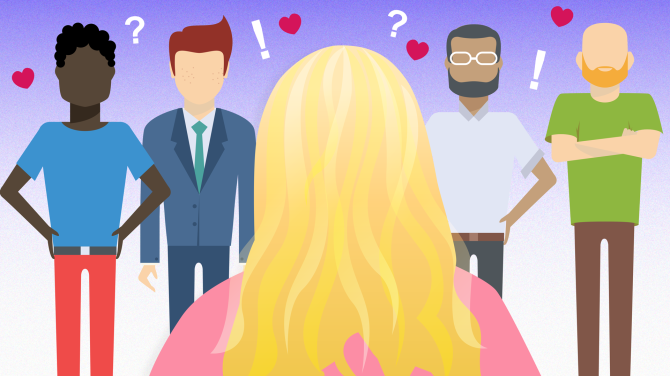 But a change in mindset is just one front to address. I deleted all of my dating apps in the beginning of 2019. I removed myself from a space where every interaction (or the absence of any interaction at all), made me feel like garbage. I’m not a throw-away human being you can proposition for (free) sexts at all times of day and night. I don’t exist to service the needs of men in the online dating space. But that’s how the apps made me feel for a decade, and the only way I’ve found to solve the problem is to leave. I think we have to hold men accountable for the way they treat women online, or we have to remove ourselves from that space and leave them there alone. If there’s no one around to treat poorly, perhaps they’ll have to elevate their behavior in response.

I am done feeling like a failure, I am done feeling the sting of nowhere safe to be seen as valid. I am leaving this space where the pressure is high and the ROI is zero. I’m deciding how being single is viewed, and how it feels. I’m also deciding where other people have access to my emotions and my time. I’m leaving the middle, and I’m building something better.

I’m getting out of here. Come with me.