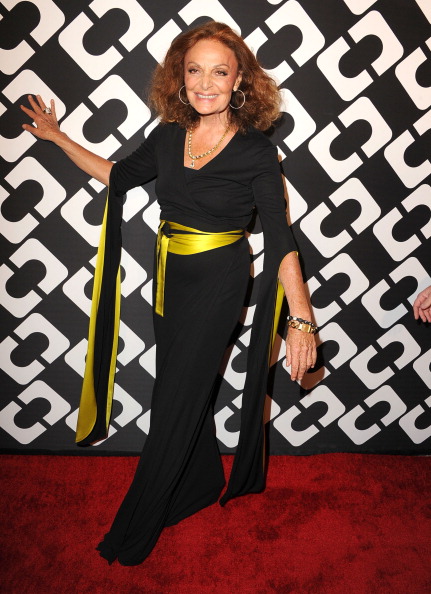 If there’s anyone in the world of high-fashion that would be worth watching every week on television, it’s Diane von Furstenberg, so it makes sense that the legendary designer has scored her own reality show.

According to a press release from the cable network, the 67-year-old is in development to star in her own E! scripted  docu-series called “DVF,” which will explore “the relationships between an ultra-successful boss who controls the fashion world and her eight eager-to-please associates in training. Culminating at NY Fashion Week, ultimately one will get the highly sought-after yet demanding opportunity to work directly with DVF as her Global Brand Ambassador. An integral part of all major DVF divisions, this chosen ambassador will travel the world representing Diane and her business if she makes all the right moves.”

Okay, so it’s not about the iconic wrap-dress designer as much as it is folks vying for a spot in her company, but we bet it’ll still be juicy and packed with glossy inside looks at the industry. It’s worth noting that this isn’t the first time DVF has dabbled in reality TV—Whitney Port “worked” for her in MTV’s “The City” in 2008.

Will you be watching Diane von Furstenberg’s E! reality show? Weigh in!