Her last name means warrior–which is why this Orange Is the New Black actress is such a powerful force in Hollywood. Diane Guerrero’s entire career is a side hustle. The daughter of Colombian immigrants–Guerrero returned home from school one day during her childhood to find that her parents had been deported. However, she didn’t let that deter her.

At the #BlogHer19 Creators Summit, the Jane the Virgin actress got candid about being a Latinx woman and working and hustling her way to the top. “I was able to use the tools my parents left with me that I never thought were valuable at the time,” she explained. “They actually work in the grand scheme of things– and they work more than just for survival. I’m working on moving past survival and into thriving and living, My parents’ influence, my culture, and how I grew up as a Colombian American all influenced me. I knew I had to have an imagination and go out for the things that seemed impossible.”

She went on to say that asking for help and not being afraid to fail or be canceled has been a beacon for her. “My entire career is a side hustle,” she revealed.  “I think I came out swinging with OITNB as my first gig, and to be introduced to this Hollywood world. Orange was so the opposite of Hollywood. It gave me the comfort to share my own stories and to not be ashamed of myself and where I came from.” 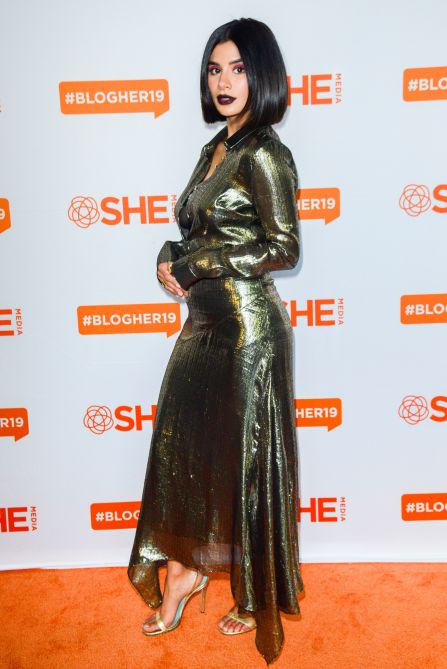 She continued. “I worked on Jane The Virgin, and it was a beautiful moment in my career working with a mostly Latinx cast. I can’t go back to being Gangsta Wife #2. And that honestly, it has opened my eyes to what to produce, write and how to open the doors for fellow brothers and sisters who want to get into this business and tell passionate stories about their communities and break open the business.”