Never Have I Ever, which premiered on April 27 and is created by Mindy Kaling and Lang Fisher, follows Devi Vishwakumar, a 15-year-old Indian-American girl from Sherman Oaks, California, who has a massive crush on Paxton Hall-Yoshida, a.k.a. the hottest guy in her high school. In the first episode, Devi embarks on a mission to find a boyfriend. But not any boyfriend. She wants Paxton, who doesn’t really know who she is other than the fact that she was paralyzed for a few months from the waist down after her father died.

Devi and Paxton’s first interaction in the show (aside from her sex dreams about him) is when she asks him straight-up if he wants to have sex. To her surprise, he tells her yes, but not that day. Later that week, Devi and Paxton arrange a time to do the deed, so she can lose her virginity to the hottest guy in school. Paxton takes Devi to his house where he takes off his shirt. But Devi becomes nervous and tells Paxton that she needs to refresh herself in the bathroom. Thats’ when Devi meets Paxton’s sister, who asks if she’s OK. Devi and Paxton’s sister hang out in her room, which makes Paxton angry at Devi because he thinks she’s making fun of his sister. When Devi explains that she’s not, he cools down. 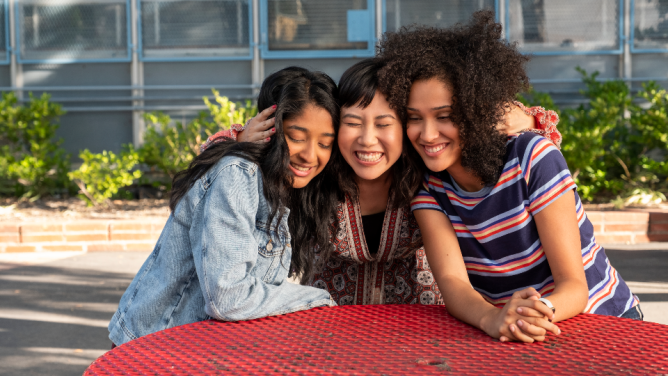 Devi and Paxton don’t have sex that day. But that doesn’t mean that they don’t have some sort of romantic connection. Later in the series, they kiss, which is a big deal for Devi. However, when a lie that Devi told her friends about she and Paxton having sex spins out of control, their relationship takes a hit. Paxton confronts Devi about the lie and they don’t talk again for a long time. In the end, Paxton and Devi become friends again after she helps his sister, who’s an aspiring fashion designer, model her clothes.

The good deed affects Devi’s friendship with her best friends, Eleanor and Fabiola, who believe that Devi chose Paxton over them. In the end, season 1 ends with Devi as a virgin who still hasn’t had sex with Paxton (and maybe never will as she may have friendzoned him.) In the final moments of the season, Devi kisses her rival, Ben, so expect some sort of love triangle in season 2.

In an April 2020 interview with StyleCaster, Maitreyi Ramakrishnan, who plays Devi, explains that Devi doesn’t want to lose her virginity necessarily, but wants to be cool for perhaps the first time in her life.

“A lot of kids, especially in high school, feel the need to compensate and lie about their life, especially in a way, where it’s like, ‘If somebody can’t prove it, what’s the harm in lying about it?'” she said. “It’s not necessarily that she wants to lose her virginity. What Devi wants is to be happy. She really just wants to win. It’s greater than just a classroom grade.Sometimes a lie seems better. It’s cooler than reality.” 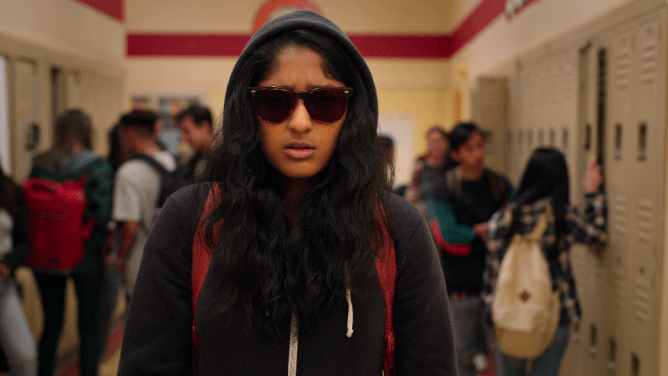 Ramakrishnan, however, is also not Team Ben or Team Paxton. In her opinion, she’s team Devi. “I’ve been asked if I’m Team Daxton or Team Bevi. I’m like, ‘That’s disgusting. That sounds lame.’ Personally, I’m Team Devi,” she told StyleCaster. “I can’t say either of them I think she needs to figure out herself and also make it up to Eleanor and Fabiola. She still has some work to do with her homegirls who have been there since day one.”