A year ago, Maitreyi Ramakrishnan had never been in front of a camera. She didn’t have an agent. She had to Google what a “full body shot” meant. And she had never even acted before, aside from a high school production of Footloose, which her teacher asked her to audition for because the show needed more students. Twelve months later, and Ramakrishnan is about to be the star of her own Netflix show.

On April 27, Ramakrishnan will make her on-screen debut as Devi, the lead of Mindy Kaling’s new coming-of-age comedy, Never Have I Ever, on Netflix. The series follows Devi Vishwakumar, a 15-year-old Indian-American girl from Sherman Oaks, California, who’s as uncool as one can expect from a teen rom-com—especially to her crush, Paxton Hall-Yoshida, a.k.a. the hottest guy in school. But those who just expect Never Have I Ever to be about Devi’s romantic ventures may be disappointed. The show, which explores Devi’s relationships with her friends, her mom and her Indian-American identity, is more than that.

“Figuring out where you fit in your own identity within your culture, I feel like that story hasn’t been told,”  Ramakrishnan says. “It’s also really important to have representation, as much as we spit that word out a lot, I feel like we’re constantly saying the word, ‘Representation.’ Suddenly, it starts to become less meaningful. But it truly is so important.”

Ahead, StyleCaster talked to Ramakrishnan about how one tweet led to her first acting job ever, The Office moment that won over Kaling’s heart in her audition and whether viewers can expect a second season of Never Have I Ever. 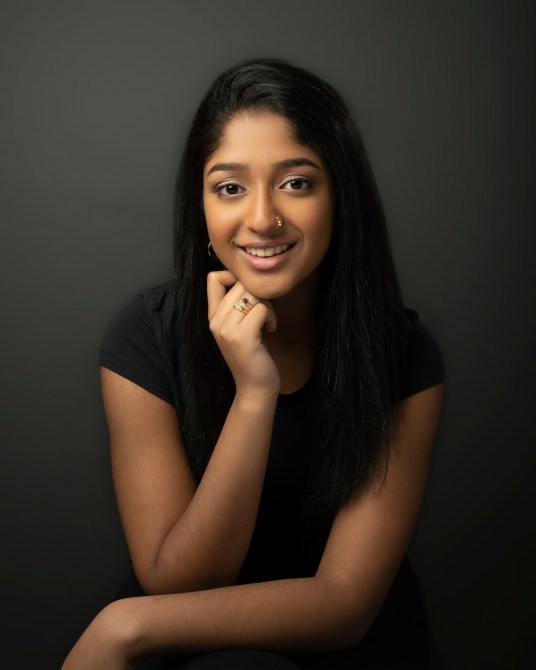 On how she was cast

“My best friend sent me Mindy’s original tweet to the whole world, asking people to audition for the show. I said yes to my best friend because honestly, I just wanted to hang out with her. Realistically, neither of us thought anything would come of it. Obviously there will be people who are professionals or at least with some experience. Here I am with none…I don’t have experience working a job at all. We went to our library, we filmed our video and we sent it in. A week later was when they asked me to send in some more.

After I sent a total of six self-tapes, they asked me to come to L.A. I told my mom, and she was like, ‘Wait. What just happened? What did you do?’ After I showed my mom that it was legit and it wasn’t a scam, we figured that we should get an agent to help us navigate the rest of the journey. I didn’t know how close I was to getting until the very last audition when I found out I was one of the last people that they were considering.”

On the moment she learned she got the part

“My agent knew I got the role. She wanted to prank me, so she told my family I and we had to be home at 9 o’clock sharp because somebody is going to call us and give us this code. We were at home. My agent is there. She gives me her phone, and she’s like, ‘OK. They’re going to tell you a code. Listen to the phone.’ And I’m there with pen and paper, ready to write it down because it’s supposed to help my audition, and then Mindy and Lang [Fisher] answer the phone and they’re like, ‘Hi. Is this Maitreyi?’ And I’m like, ‘Yeah it is.’ And they’re like, ‘Hi, it’s Mindy and Lang.’ And I’m like, ‘Oh. Hi guys!’ I’m still expecting the code. ‘Oh, they’re going to tell me the code. Cool, cool, cool.’ And then they’re like, ‘We just wanted to congratulate you on the role of Devi.’ And I was like, ‘Wait. What about the code…?’ My brain kind of froze. All of that came out of my mouth was, ‘That’s crazy.’ My whole family was around me. They were all screaming. My grandma was going off.”

On the first time she met Mindy Kaling

“It was the first trip I took to L.A. I remember I saw her in the waiting room for, like, two seconds. And then when I walked into the audition, she was there. A lot of my friends told me, ‘Don’t make any Office references. Don’t make any Office jokes.’ Because I tend to do that just on the reg. I told Mindy, ‘Hey, Mindy, I just got to tell you something. My friends told me not to. So I’m not going to. I’m not going to make any Office references. But if you want me to, I can. I’m just letting you know I’m choosing not to.’ She thought it was funny. She was like, ‘It’s all good. Don’t even worry about it.’ She was really chill with me.”

I’ve made it so far just being myself and who I am.

On the advice Mindy gave her

“When we wrapped the show and finished our last scene, Mindy and Lang Fisher gave me this advice that I will take throughout my whole career and my life no matter what I do. They reminded me to stay authentic because I’ve made it so far just being myself and who I am and not trying to be anyone else. So I shouldn’t change because clearly it works, and it’s what I’m best at.” 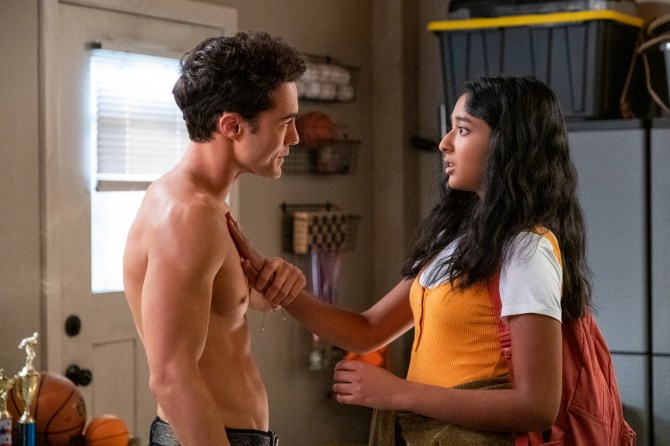 On the racial microaggressions that Devi faces

“Anybody of color goes through racial microaggressions that can suck. When everybody is picking what princess to be, if you’re brown, you’re going to get Jasmine or Pocahontas. Sometimes that happens so often that people start to become so used to it, which is bad.”

“I’m happy to say that I’m Tamil Canadian. To me, that is as Tamil as somebody who is living in Sri Lanka and who can speak the language itself. I can’t, but that doesn’t make me any less Tamil. When I was younger, I remember not feeling super Tamil because people would make you feel like there’s a checklist. For Devi, there’s the checklist to be Indian. You have to be Kamala. Kamala fits all the boxes and Devi doesn’t. Now, I’ve grown up to learn to screw the boxes. That shit doesn’t matter. It’s about how you view yourself.”

I remember not feeling super Tamil because people would make you feel like there’s a checklist.

On how Devi, Nalini and Kamala can relate to each other

“I feel like all the characters are going through something that they’ve never experienced before. Every character has their own arc and they’re experiencing something new—hence Never Have I Ever. That’s my own personal interpretation of why the show is called that. The three characters can relate to each other because their family situation is not conventional; it’s not a perfect family of four. And they’re all trying to find themselves. Nalini doesn’t feel like she fits in, especially after Mohan dies. Devi doesn’t feel like she fits in, as we see throughout the whole series. And Kamala is trying to figure out her identity because of her own arranged marriage situation.” 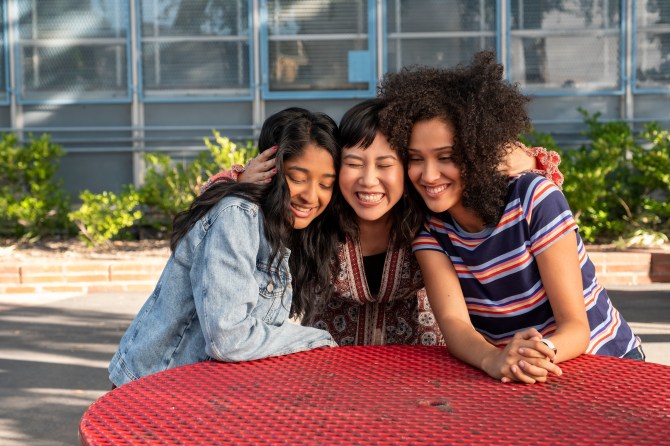 On if she thinks Ben or Paxton is better for Devi

“I’ve been asked if I’m Team Daxton or Team Bevi. I’m like, ‘That’s disgusting. That sounds lame.’ Personally, I’m Team Devi. I can’t say either of them. I think she needs to figure out herself and also make it up to Eleanor and Fabiola. She still has some work to do with her homegirls who have been there since day one.”

On the possibility of a season 2

“That’s all in Lang Fisher’s hand. I hope there’s a season 2. I’m not even upset about our premiere being canceled or any kind of conventional press junket. I just want a season 2 to keep the story moving forward. I want to see Devi start loving and appreciating herself because I think a lot of people are missing that from their lives, whether you’re a kid or an adult. People need to learn that you need to love yourself first.”