Beyoncé‘s reunion with her former Destiny’s Child bandmates Kelly Rowland and Michelle Williams at Coachella 2018 proved that the early-’00s girl group never went out of style. And though generations of fans still know the lyrics to hits such as “Say My Name” and “Survivor,” like the back of their hands, what remains fuzzy in the 12 years since the group disbanded is what happened to the other Destiny’s Child members who aren’t a part of the core three.

As DC super-fans know, Bey, Kelly, and Michelle weren’t the original iteration. There have been several swaps to reach the trio that the world knows today, which begs the questions: Who are the original members? What happened to them? Were they fired? When did they leave? Was Beyoncé always there at least? Though we don’t have all the answers, we’ve tried to come up with a clearer picture on DC’s timeline and who the lost members are. Find out more about the Destiny’s Child members you never hear about ahead. 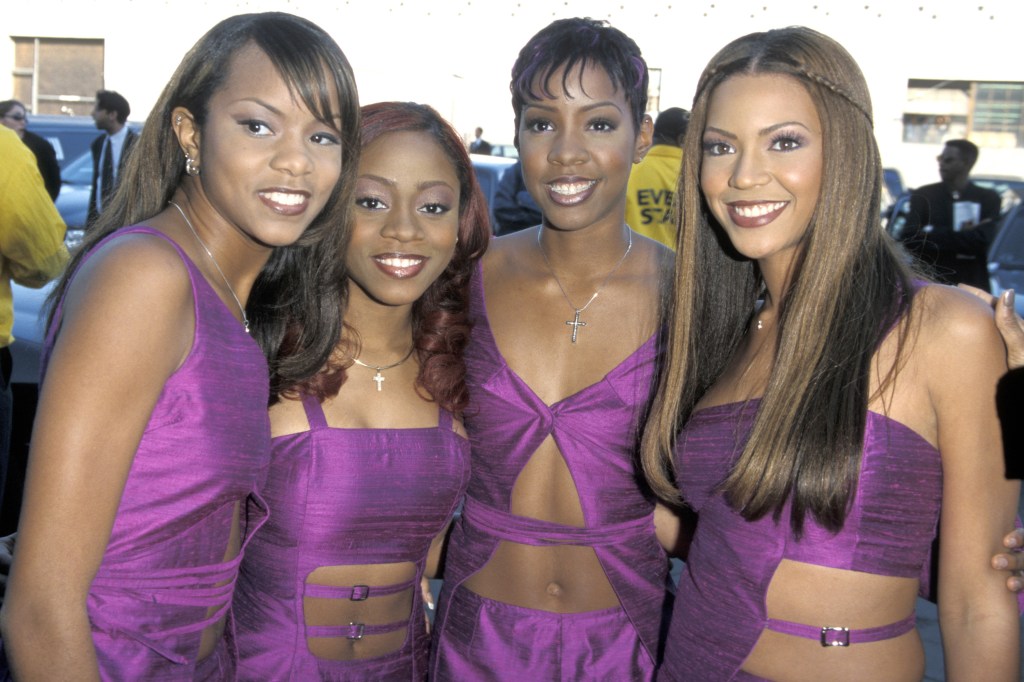 In 1990, before Destiny’s Child was known as Destiny’s Child, Roberson, a rapper and singer, met Beyoncé at an audition for a girl group. They were eventually joined by four other singers, including Rowland, to form a six-person group named Girl’s Tyme. After a failed debut on “Star Search,” a popular ’90s talent show, the group’s manager, Beyoncé’s dad Matthew Knowles, cut three of the members and added singer LeToya Luckett. In 1996, after the group was dropped from its first record deal, Girl’s Tyme, which included Roberson, Beyoncé, Rowland, and Luckett, changed its name to Destiny’s Child, which was inspired by a passage in the biblical book of Isaiah.

As a part of the group, Roberson went on to record Destiny’s Child classics including “No, No, No,” “Bills, Bills, Bills” (the group’s first number-one hit), and “Say My Name.” However, things turned sour in December of 1999 when Roberson and Luckett, on suspicion that the group’s manager favored Bey and Rowland, accused Matthew Knowles of withholding their profits.

The drama continued when the women briefly left the group to find outside management, only to find themselves permanently cut when Knowles replaced them with Michelle Williams and Farrah Franklin right before the release of the music video for “Say My Name,” their highest-charting single to date, in 2000. The women filed a lawsuit against Knowles a month later, causing a media battle between the two sides. 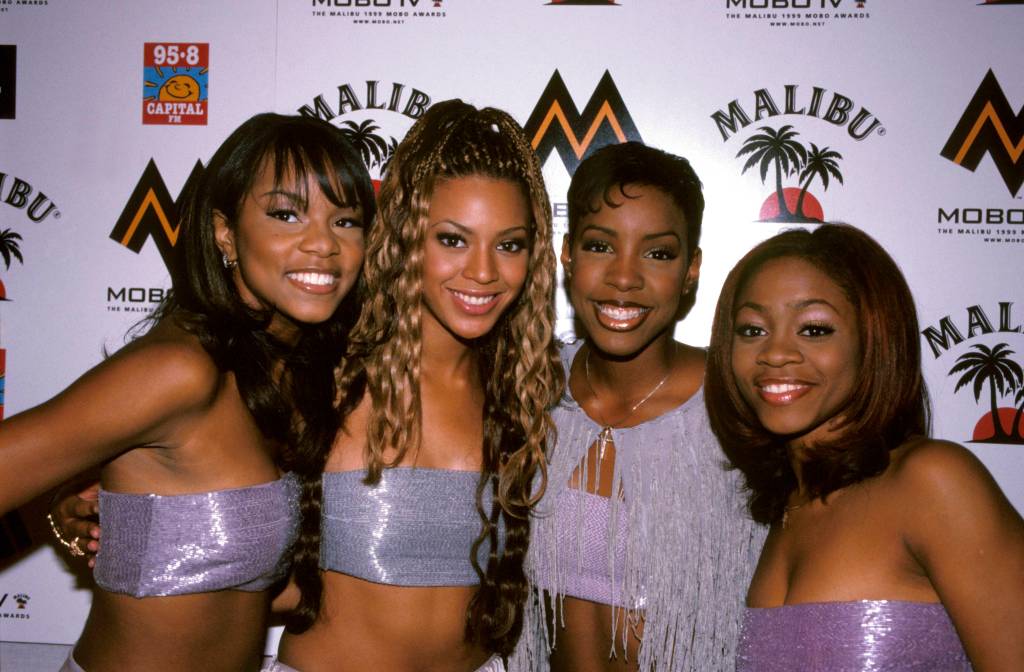 Much of Luckett’s history is tied to Roberson. She joined in 1993 when Knowles revamped the group to include her and cut three other members in the process. With Bey, Rowland, and Roberson, Luckett was a part of Destiny’s Child’s early foursome. And as you know from what happened with Roberson, she didn’t have a happy ending with her bandmates. Though Roberson and Luckett never made it back into Destiny’s Child, their case against Knowles was eventually settled, giving them royalties for their contributions as Destiny’s Child’s founding members. The women also tried forming their own girl group, named Anjel, but the attempt fell through after issues with their record label. 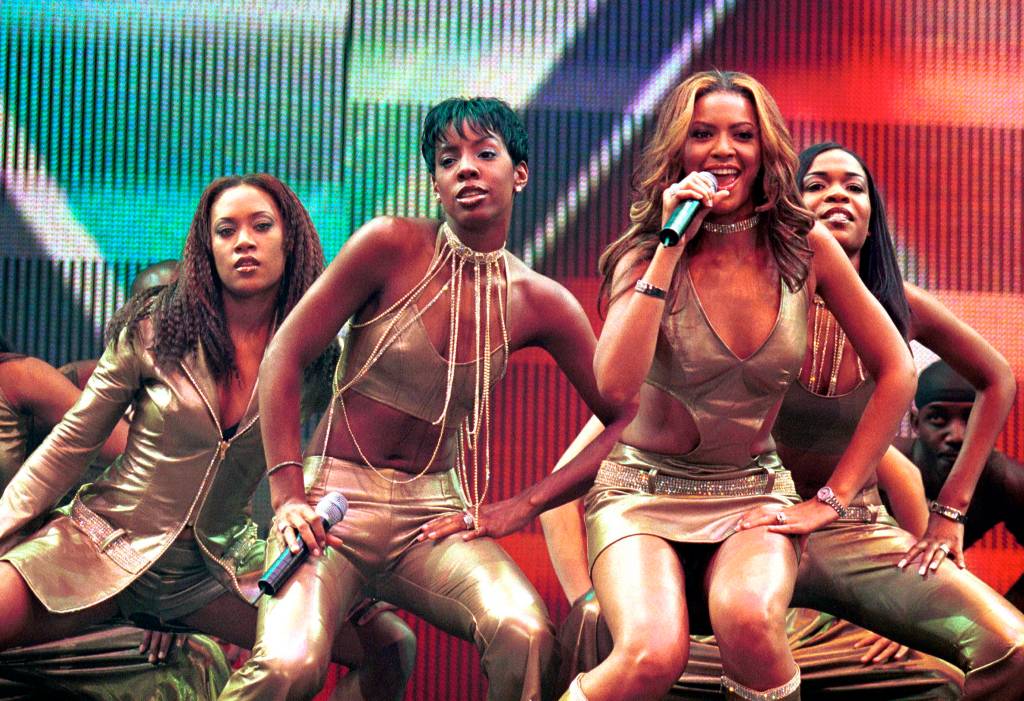 Franklin, an aspiring singer and actress, met Destiny’s Child when she was cast as an extra in the music video for “Bills, Bills, Bills. She officially joined the group with Williams, a backup singer for Monica, after Roberson and Luckett were cut. The women were introduced in the music video for “Say My Name,” a shock to Luckett and Roberson who sang the vocals for the song. In her year in Destiny’s Child, Franklin contributed vocals to songs including “Jumpin’ Jumpin'” and “Independent Woman.”

In 2000, after missing three major concerts, Franklin was allegedly dismissed from the group. In later interviews, Franklin claimed that she suffered from dehydration as she traveled with Destiny’s Child to perform at a show in Seattle. Franklin also said that she left after she was verbally attacked by the group’s members and management. In a later interview, Bey revealed that Franklin was dismissed due to her absences and what appeared to be a lack of interest.

MORE: 12 Mega-Popular Songs That Were Almost Sung by Other Famous Singers 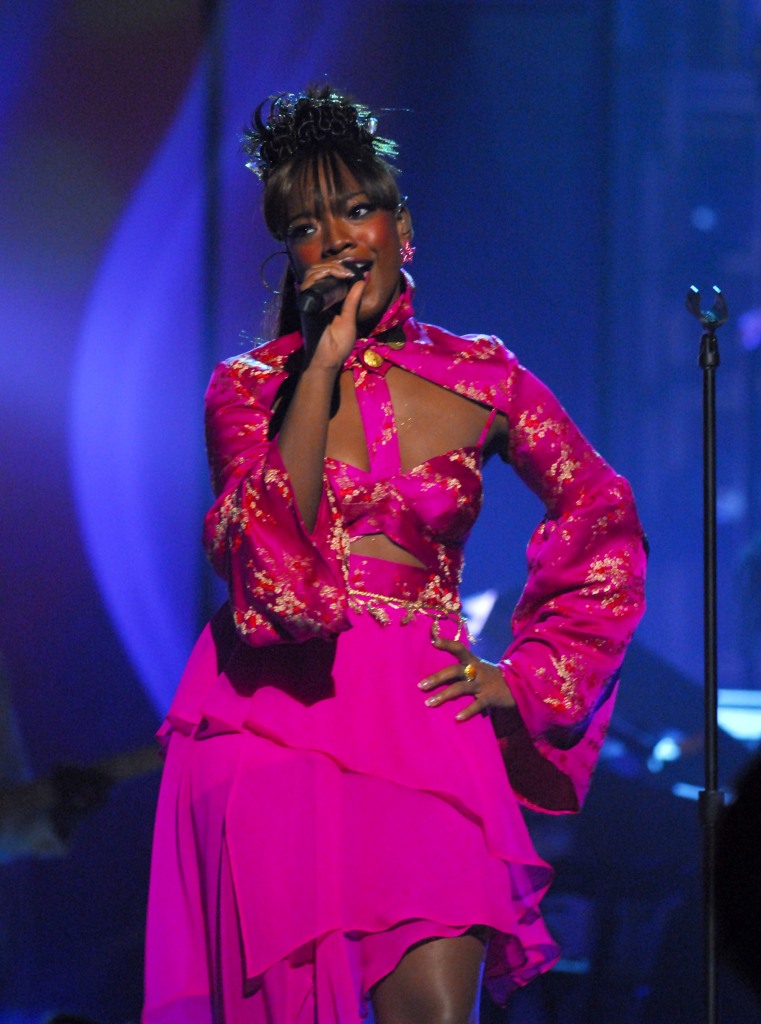 Davis never made it to Destiny’s Child, but she was a part of Girl’s Tyme, the group’s forebear. Davis, who was in Girl’s Tyme with Roberson, Bey, Rowland, and sisters Nina and Nikki Taylor, went on to compete on “Star Search” with the group. However, she was eventually cut when Girl’s Tyme lost “Star Search” and the group’s manager, Matthew Knowles, decided to reshuffle the lineup to increase their potential of success. Along with the Taylor sisters, Davis was one of those cut. Years later, in 2016, Davis competed on season 10 of “The Voice.” She was eliminated in the top 24.

MORE: 10 Catchy Bangers That Have a Chance to Be 2018’s Song of the Summer

The Taylor sisters were a part of the group’s original six-person lineup. Like Davis, they were cut when Girl’s Tyme, which eventually became Destiny’s Child, failed to find success after its debut on “Star Search.” Little is known about what the Taylor sisters have been up to post–Girl’s Tyme. The mystery has led fans to create memes and petitions asking the government to look into their whereabouts.