Whether you’re willing to pay it or not, you’re probably aware that handbags by certain high-end designers can cost $2,000, or even $3,000 (and that’s not counting super-illustrious labels like Hermes, whose Birkin bags can climb well above that.)

Proponents of the designer It-bag will say you’re getting quality, a trusted name, and they’ll probably raise the point that a bag—unlike a dress—can be used every day. However, it seems a new item is giving the luxury purse a run for its money: The designer sweater.

MORE: These $3,000 Leather Overalls Are Actually Selling Out?!

In an article on The Daily Mail yesterday–an expansion of The Wall Street Journal‘s story from November—the point was raised that high-end sweaters by designers like Christopher Kane, The Row, and Bottega Veneta hover between $2,000 and $4,500, and are becoming as common with the fashion set as four-figure handbags and shoes. 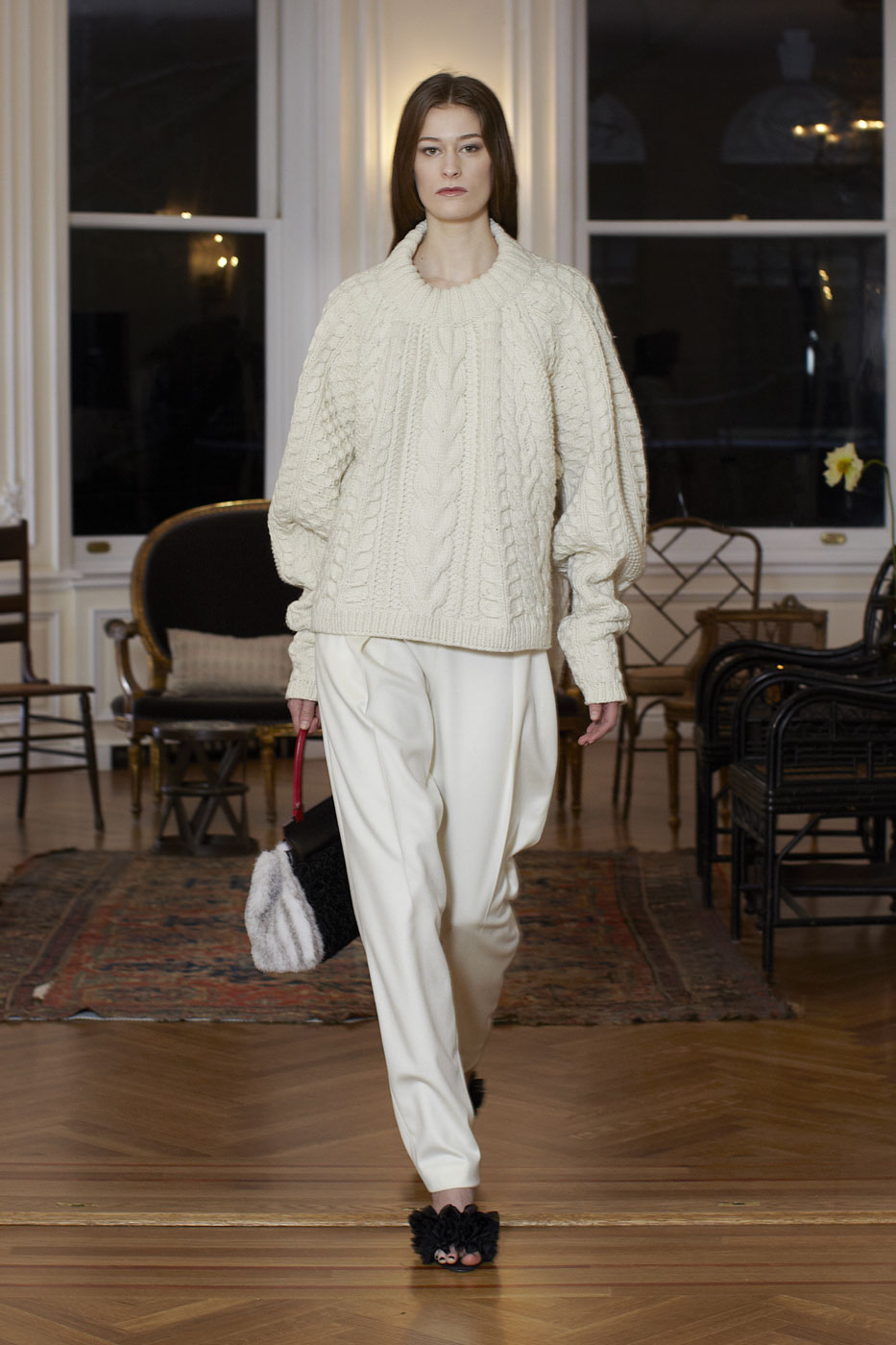 Unlike bags though, most  luxury sweater styles are super-unassuming—like the above fisherman’s pullover by The Row that costs a staggering $4,490. It’s nice, sure, but it’s not all that different aesthetically from the versions sold at high-street stores like Zara or Topshop. The difference, according to the designers? Quality.

According to the Daily Mail, The Row says that its labor-intensive sweater—made from an Italian cashmere-wool blend—took 90 hours to domestically hand-knit in New York, which is why the cost is more than two times the price certain Prada’s bags, and nearly four times that of a pair of Manolo Blahniks.

However, not all astronomically expensive sweaters are made from cashmere, or even full wool, as the Mail noted that a wool-polyamide-elastane blend sweater by Valentino is currently selling on Moda Operandi for the cool price of $1,690. And a pure Viscose metallic sweater by Balmain is being sold on Farfetch for $1,775.

This is clearly showing consumers how sweaters—even synthetic ones—are becoming  status symbols, much like a pair of Charlotte Olympia heels or a Chanel bag.

In fact, Mario Eimuth, the Chief executive for Stylebop, pretty much confirmed that idea to the Wall Street Journal saying that, for high-end brands, sweaters’ high pricing is an opportunity “to make customers understand what kind of brand you are.” Even, it seems, if that sweater is made from the same materials as those from a fast-fashion label.

To read more on the topic, head over to the Wall Street Journal and The Daily Mail now, and let us know: Would you pay $2,000 or more for a designer sweaters if you could?