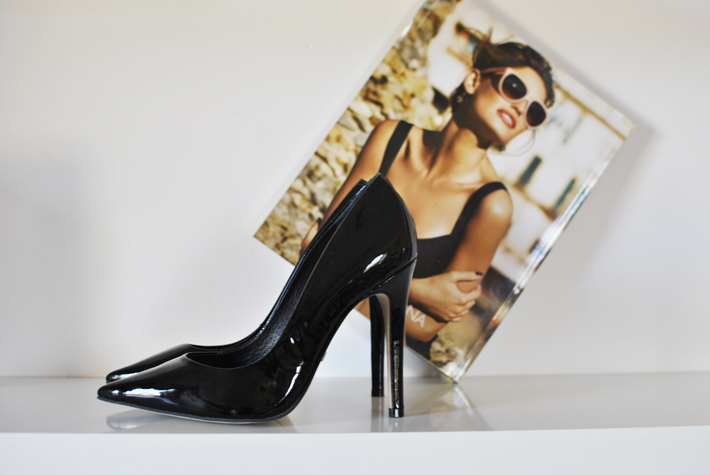 Photo via Scent of Obsession

The story, titled “Shoe Battles: Going Toe-to-Toe in Stilettos,” essentially looks at the business of hawking crazy-expensive shoes at department stores like Bergdorf Goodman, Barneys New York and Saks Fifth Avenue, whose shoe salons are among the most profitable departments for the retailers because women are willing—more than willing, it seems—to shell out hundreds upon hundreds of dollars to own a pair of status shoes from coveted names like Christian Louboutin, Jimmy Choo, and Manolo Blahnik, as well as those designed by a glossy new guard of “It” shoe designers such as Charlotte Olympia and Tabitha Simmons.

“The designer shoe industry, to some extent, relies on the willful suspension of rational thinking, the giving over to a more primal urge (to shop, that is) in order to move merchandise that common sense would suggest is patently, obscenely, even self-destructively overpriced,” Wilson writes, adding that at Barneys New York, the average purchase in the shoe department is around $850.

Even more mind-blowing: Shoe prices aren’t coming down any time soon. Just the opposite, as they’ll likely continue to surge until women collectively throw in the towel and refuse to cough up the cash required to own their own small piece of the fashion-girl fantasy.

Buried at the end of Wilson’s story (which brilliantly starts out at the annual bacchanal known as the Bergdorf shoe sale) is the question of why today’s designer’s shoes are so damn expensive. It goes without saying that things like the red-sole effect and the fetshized bubble that’s been cast over designer footwear (thanks a million, “Sex and the City”) are partially to blame, but Wilson points out that the real reason boils down to—what else?—production costs. Or, more specifically, the Euro.

“It is more expensive to make shoes now, and it’s for a very boring reason,” Christian Louboutin is quoted as saying in the piece. “Since the introduction of the euro and its subsequent strength against the dollar, the cost of producing shoes in Europe has increased substantially,” Wilson writes.

It’s clear that designer shoes are big, big business, but we can’t help but wonder whether fast-fashion retailers like Zara—adept at creating near-perfect lookalikes at a fraction if the cost—will ever give top designers a serious run for their money in the footwear department, the way they have for apparel. 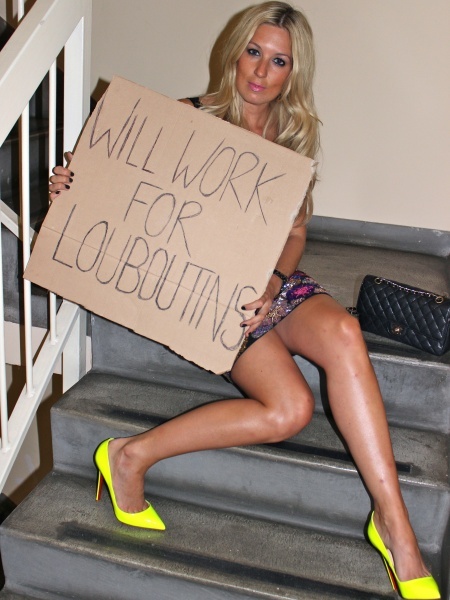 MORE:
Heel Heights Have Risen Massively During The Last Decade; May Have Reached Their Peak
Mango Lowers Prices, Offers Cooler Clothes To Compete With Zara
Study Finds Clothes You’re Buying Contain Chemicals; What You Can Do About It