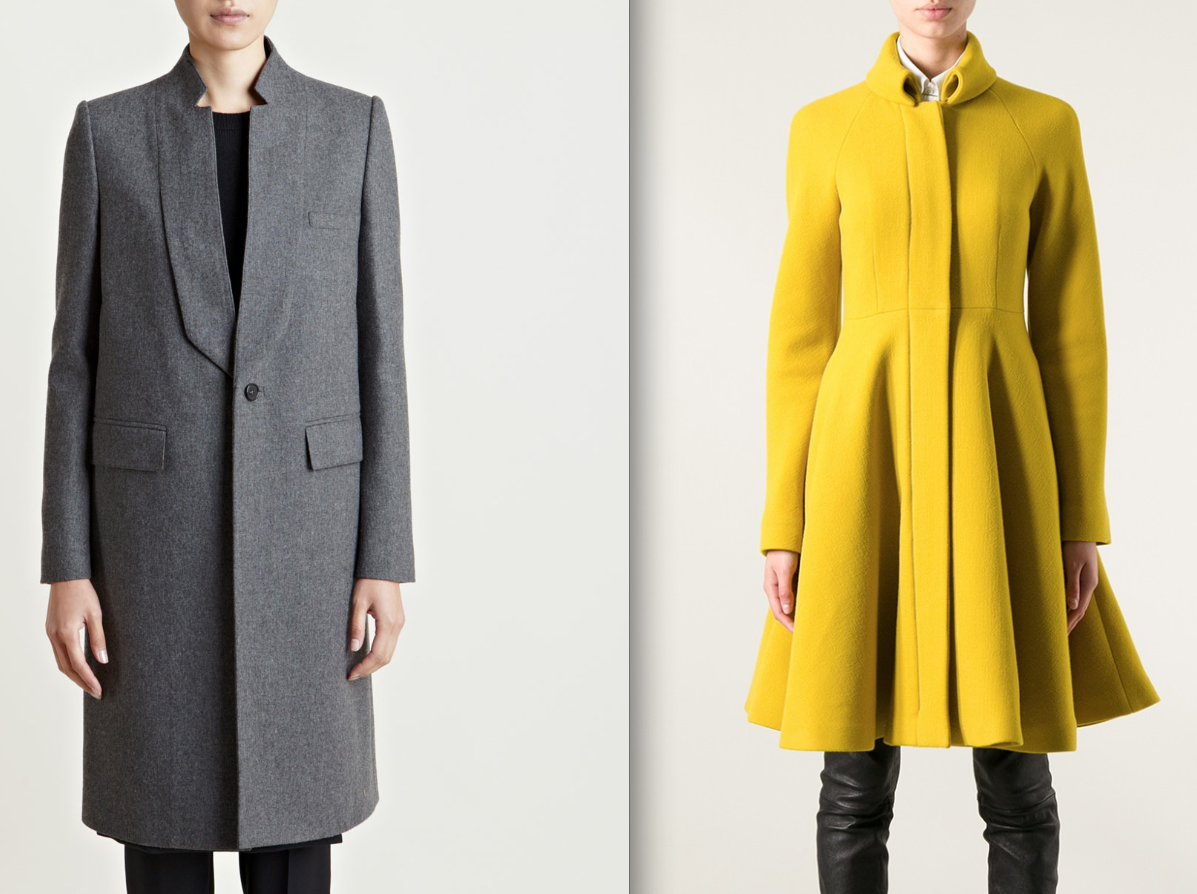 Around here, we’re endlessly talking about all the bags, the shoes, and other luxury delights we’d buy if we had an unlimited budget (ah, the dream!). So, we decided to take that idea and make it into a fun fashion game for you, our readers, in which we ask: Would you rather buy one designer item over the other, and if so, which one? Read on to get started!

The Contenders: When it comes to sleek winter coats, we have tons on our fantasy wish list; narrowing it down to just two was quite the challenge. But we opted for two stunners that represent two opposite ends of the coat spectrum: classically chic, and colorfully sleek. On the left, we have Givenchy’s long coat in wool cashmere, with a high collar and triangular cutouts on the lapels. To the right, Italian designer Gianluca Capannolo’s “Twiggy” coat in a bright mustard wool with a feminine swing skirt.

So, which would you rather have? Vote below!